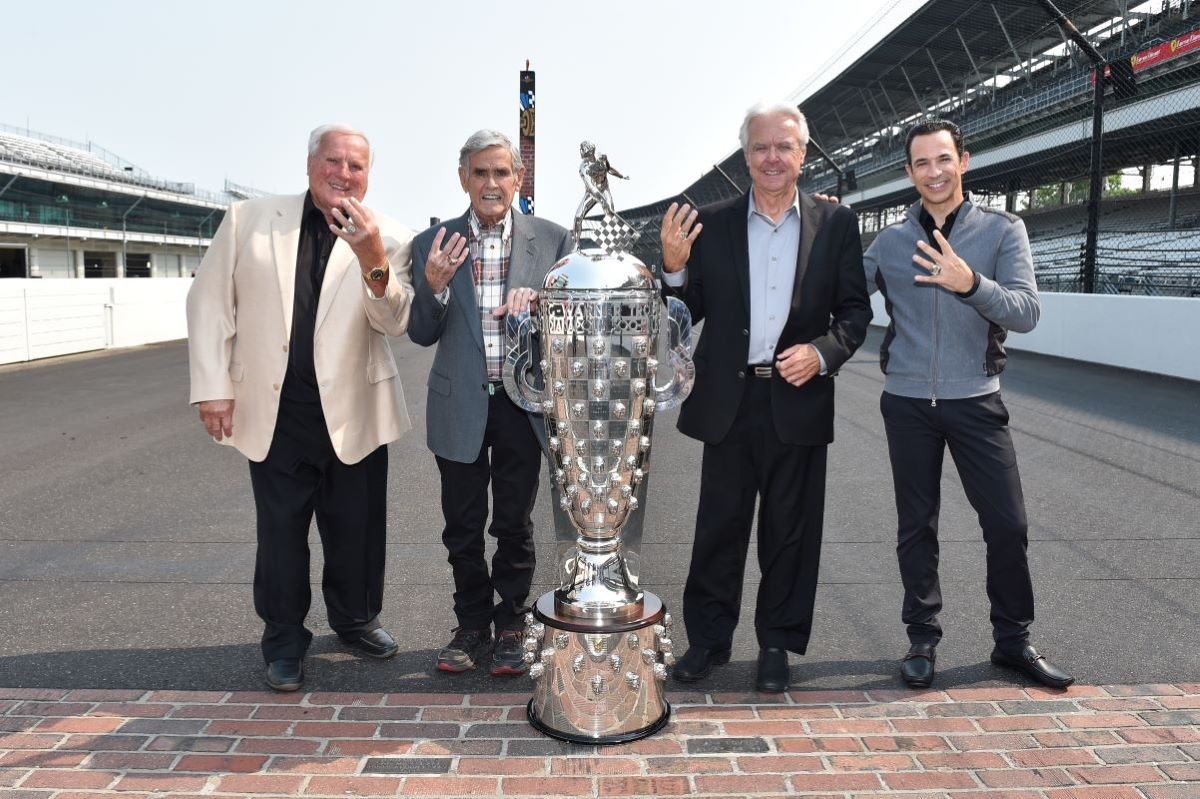 AJ Foyt has joined in the tributes to fellow four-time Indianapolis 500 winner Al Unser after his death at 82 years of age.

Foyt was the first driver to reach the feat and Unser the second, but they had more in common than that.

It was in fact in 1965 when the latter was making his debut in the Indianapolis 500, in a car plagued with engine problems, that the Texan gave him another ride.

Foyt warned that this replacement car was mishandling, but thought Unser was capable of qualifying it, and they could deal with that problem later.

That is exactly what happened, and the Albuquerque-born driver would go on to finish ninth, five years before his breakthrough victory at The Brickyard.

“I was really sorry to hear about Al Unser,” said Foyt.

“We were able to catch up in July at the four-time winners deal [photo shoot, above] we did at Indy and I’m glad for that.

“I always thought a lot of Al, even when he first came to Indy. That’s why I was happy to give him his first ride there.

“He was a nice person and well-respected because he was a cool, smart race driver. Always knew what he was doing, knew how to take care of a car.

“He was very smart and when he was winning you had to be because racing was a lot more dangerous back then.

The 1965 Indianapolis 500 was but part of an ongoing link between the two men who came to be regarded as legends of the sport.

Along with Bob Wollek and Thierry Boutsen, they won the 24 Hours of Daytona outright in 1985, in Preston Henn’s Porsche 962.

In 1987, Foyt, Unser, and Danny Sullivan contested Daytona in the former’s own Porsche 962, when they might well have won again if not for a late technical problem.

“We were leading when we had electrical problems and dropped out near the end,” recalled Foyt.

“I remember George Snider was mad cause he said he stayed up all night [working on the crew] only to have us break at the end.”

In the 1991 CART Indy Car World Series, Unser was called up to replace Foyt at Phoenix after he broke his shoulder in practice.

Foyt and Unser remain unbeaten as four-time Indianapolis 500 winners, although they were joined by Rick Mears in 1991 and Helio Castroneves months ago.

Roger Penske, who fielded Unser for his fourth victory at The Brickyard, hailed him as “one of the greatest drivers to ever race at the Indianapolis Motor Speedway.”

‘Big Al’ died peacefully in his New Mexico home after a long battle with cancer.