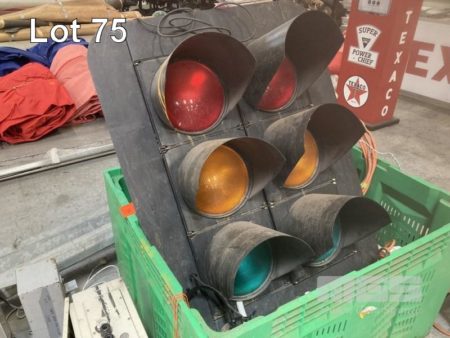 The starters lights which are up for auction. Picture: MGS

Miscellaneous infrastructure and other pieces from the Adelaide 500 are currently up for auction in what has been billed as a “Final Clearance”. 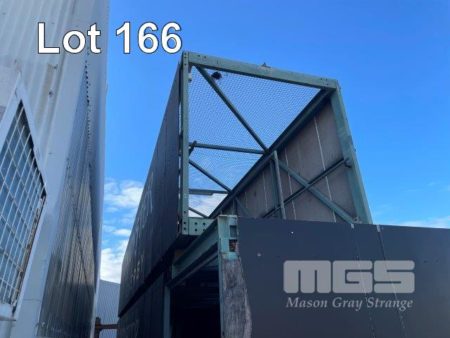 The lots includes event-specific items such as pedestrian bridges, kerbing, a big screen structure, and starters lights, as well as smaller pieces such as a series of Holden signs and other promotional installations/material. Local auction house Mason Gray Strange (MGS) is once again holding the auctions, having conducted a tender for the pit building, a pedestrian overpass, and various shade structures in October. 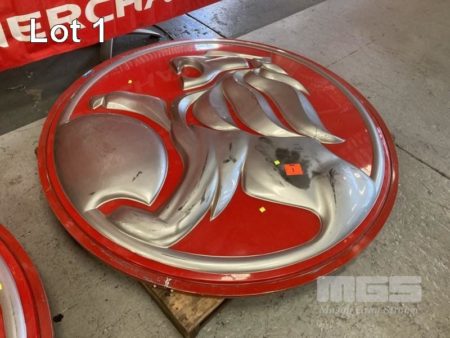 A Holden emblem which is part of the auction. Picture: MGS

It is ‘Pedestrian Overpass #4’ which appears to be the most significant item going under the hammer.

That lot is said to have been bought from the Australian Capital Territory’s government after its own Canberra 400 became defunct in 2002.

Notably, imagery of Lot 166, identified as a “constructed steel walkway”, matches that of the pedestrian overpass which was part of the aforementioned tender and would appear now to be for sale as separate lots.

As was the case for that tender, MGS is operating under instructions “from South Australian Tourism Commission SATC who are realising surplus assets pertaining to the ‘Adelaide 500’ & other Vendors.”

The auction is being conducted onsite and via webcast, with bidding already open and apparently set to conclude on Tuesday, December 14 at 10:30, notwithstanding the note “all payments to be paid by the 13th of December”.

It was only in recent days that speculation arose about the Adelaide 500 returning to the Repco Supercars Championship calendar as soon as late-2022, when it would be the season finale.

South Australian Opposition Leader Peter Malinauskas subsequently confirmed to Speedcafe.com that the event could be revived next year if he leads the Australian Labor Party to victory in the state election which is due in March.

How that would be feasible is not clear, with the task made all the more difficult by the liquidation of assets which had been used to facilitate Supercars action in and around the streets of the state capital.

Some infrastructure has already made its way to The Bend Motorsport Park, with three bridges handed over as contra for a sponsorship deal and barriers sold at market rates, Events South Australia executive director Hitaf Rasheed told a parliamentary Budget and Finance Committee in September.

The Adelaide 500 was axed by the state government late last year, with costs and dwindling crowds cited as reasons for the shock decision.

There was more controversy in October this year when an Adelaide City Councillor was reported as advocating for ripping up the permanent section of the circuit in the Adelaide Parklands.

Cr Greg Mackie subsequently claimed he was only ever proposed the planting of a tree canopy, and council voted to instead investigate heritage-listing the circuit, which also hosted Formula 1.

Upon the Adelaide 500’s cancellation last year, Malinauskas flew to Sydney to sign a memorandum of understanding with the category that the Hall of Fame event will return if his party wins back government.

He confirmed this week that the agreement stands despite the impending departure of Sean Seamer as Supercars CEO.

Next year’s recently released draft calendar features 13 events, including a ‘TBC’ on the last weekend of July believed to have been earmarked for Queensland Raceway and now for which The Bend, east of Adelaide, is in the frame.