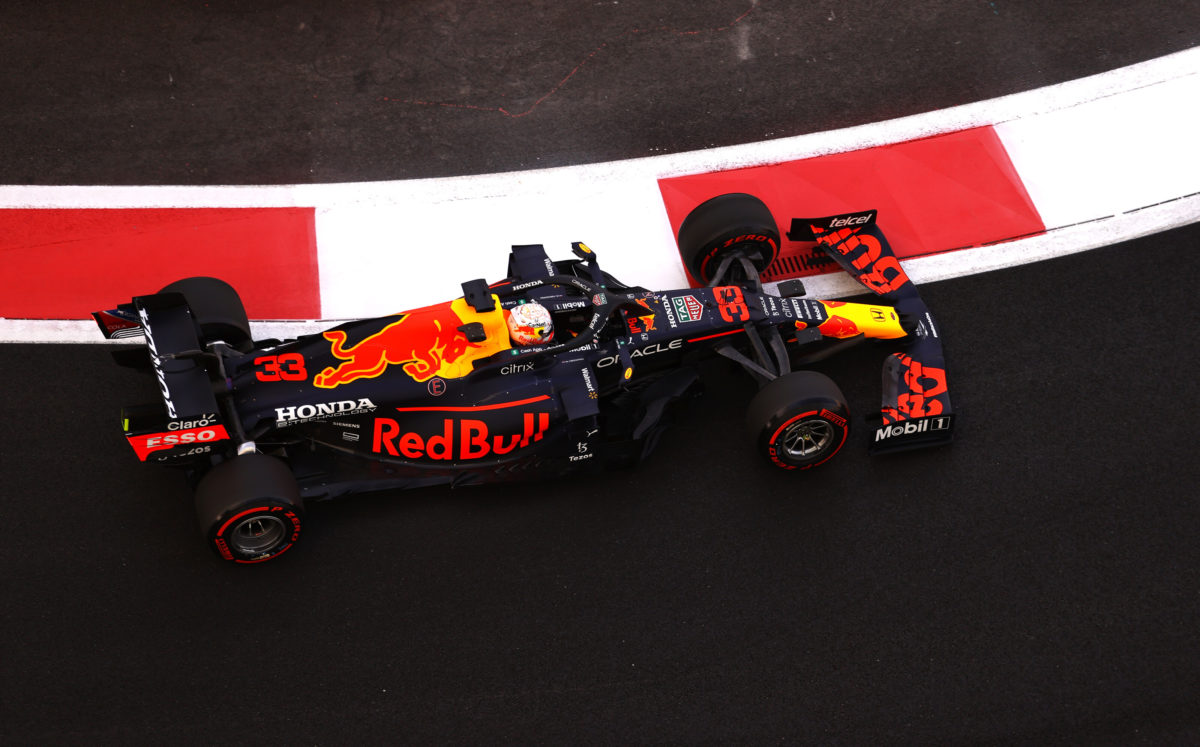 The Dutchman was 0.2s faster than his Mercedes rival, with Lewis Hamilton 0.346s off the pace at the end of the opening 60-minutes.

It began with most drivers heading straight out, Hamilton on a set of softs as was Verstappen.

At Ferrari, Charles Leclerc’s car had an aero rake attached to the rear of his car.

It was an unusual development given this weekend marks the final round of the season ahead of a dramatic aerodynamic change for next year.

Free Practice 1 in Abu Dhabi is always largely unrepresentative, given it’s held in the afternoon sun where the meaningful running takes place at dusk or later.

However, it does afford teams an opportunity to gauge aero levels and fuel burn.

Hamilton set the early pace, 1:27.148s leaving him atop the timesheets over Pierre Gasly.

Times continued to tumble in the opening 10 minutes, Hamilton bringing the target down to 1:26.290s.

While busy on track, it was relatively uneventful, with a locked brake at Turn 5 seeing him run wide.

Bottas had a moment at Turn 1, as did Raikkonen, running wide after pinching the left-front brake.

Esteban Ocon had a wobble exiting Turn 14, only narrowly keeping the Alpine out of the barrier on corner exit.

Leclerc’s first timed lap saw him slot into 14th fastest, one spot back from team-mate Carlos Sainz, with a 1:27.418s.

Shortly after the halfway point in the session, Verstappen was fastest with a 1:25.300s, 0.252s up on Hamilton with Perez in the second Red Bull third best.

Their pace was indicative of drivers beginning to push harder on track.

Things at the top of the timesheet condensed with Hamilton closing to 0.055s of Verstappen’s 1:25.009s.

Track limits were a feature, with Turn 7 and Turn 16 both proving hot spots – the former a result of drivers running off at Turn 6 after locking a brake.

The incidents were comparatively minor, largely a result of the vast run off areas, with the only yellow flag throughout a result of Raikkonen spinning at Turn 9.

Fourth best at the end of the session was Perez, then Yuki Tsunoda, Fernando Alonso, Gasly, and the two Ferraris.