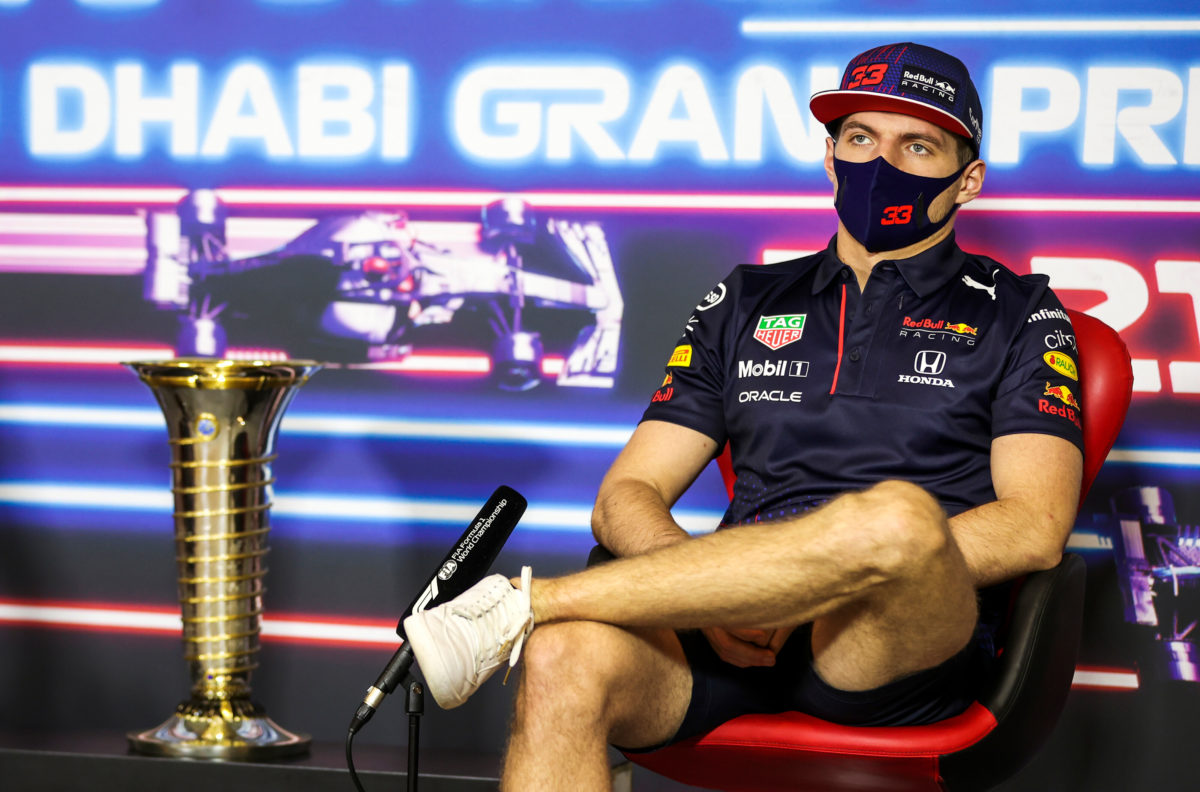 Max Verstappen has argued that he is “treated differently” to his rivals following the Formula 1 Saudi Arabian Grand Prix, during which he was twice penalised.

The Dutchman received a total of 15 seconds worth of penalties in Jeddah, but argues officials were inconsistent with their application of the rules, singling him out.

Verstappen picked up a five-second penalty for leaving the road and gaining an advantage while battling with Lewis Hamilton.

He was then slapped with a further 10-second penalty when, post-race, it was deemed he’d broken the International Sporting Code when it came to his conduct on track.

Indeed, it was an incident which prompted Lando Norris to joke he should brake check Charles Leclerc as they fight over fifth in the drivers’ championship.

“Try brake-testing him – it’s only a 10-second penalty,” the McLaren driver joked in reference to Verstappen’s actions in battling with Hamilton in Saudi Arabia.

The Dutchman, however, remains indignant with the treatment he’s received from officials, especially for the penalty he received for running off track and gaining a lasting advantage.

“The things that I did in terms of defending, two other guys in terms of racing also did, and they didn’t even get a mention or a penalty,” he argued in Abu Dhabi on Thursday.

“So I don’t understand, because I thought I was just racing hard.

“What happened for me didn’t deserve any penalty, and clearly the other two people who did it, they didn’t get one, but clearly it’s only me who gets it.

“At the end of the day, criticism, that’s always there,” he added.

“But I think from my side, what is unfair [is] that I am treated differently to other drivers.

“Clearly other drivers can get away with it, and I can’t. I think that’s a bit of a problem here.”

Verstappen believed a battle between the two Ferraris, and another that involved George Russell, shared similarities to his own dice with Hamilton.

In both of those instances he cites cars leaving the track in much the same manner he did, only they escaped penalty.

“The only thing I ask is that it’s fair for everyone, and clearly that’s not the case at the moment,” he said.

“But like I said, I don’t feel like I was wrong, and clearly, it is not wrong for others, so why should I change when others are allowed to race like that?

“I think everyone should be allowed to race like that.”

Verstappen later found himself sat alongside his title rival in front of the world’s media, the Brit refusing to engage with the more contentious line of questioning that came his way.

“I don’t give it any energy,” Hamilton responded when asked if he was concerned this year’s title fight might not be won fairly.

“I’m here to do the best job I can with this incredible team.

“We never thought that we will be neck and neck going into the last race. We’ve had an amazing recovery, collectively as a team.

“We’ve been in a great position these last few races, so we go full steam ahead with that same focus and we don’t waste energy on things that are out of our control.”

Verstappen meanwhile maintained his belief that he receives different treatment to his rivals.

“There are different rules compared to some other drivers out there,” he asserted.

“I’m clear what I can do but somehow it’s not allowed – but it’s allowed for other drivers.

“We are both here to win. I will do of course everything to win, and win the championship,” he added.

“I think we have raced really well together already the whole year, and I think we put on a great show for everyone at the end of the day.

“So hopefully we can do that again here.”

Ahead of the on-track action getting underway in Abu Dhabi, Michael Masi issued his customary notes to teams, but unusually included references to the International Sporting Code which refers to the fairness of competition.

“Hopefully they won’t need to be used and we have a great race and we move forward,” Hamilton noted.

Verstappen added: “I know what’s in the sporting codes, so that nobody needs to be really reminded of that.

“I think they can put it in every single race weekend, it’s nothing newly added for this weekend.”