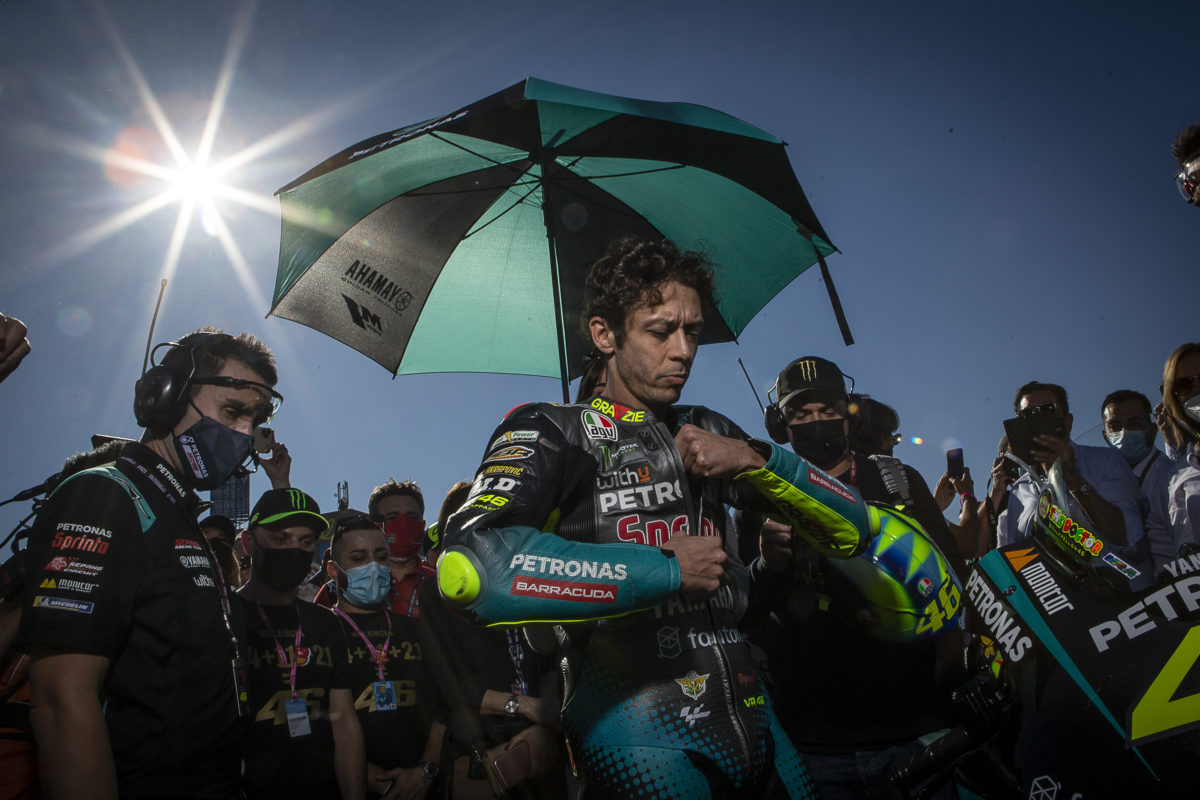 Razlan Razali regrets agreeing to field Valentino Rossi at the Sepang Racing Team for his final season as a MotoGP rider.

Rossi’s seat at the factory Monster Energy Yamaha team was taken by Fabio Quartararo when the veteran opted against re-signing for 2021 before the 2020 season had begun, but he still retained the support of the Iwata marque.

Eventually, his place at Yamaha’s only satellite team was confirmed, but it proved to be a lacklustre farewell campaign for the seven-time premier class champion.

Next year, SRT morphs into ‘RNF Racing’ following the loss of Petronas title sponsorship and decoupling from the Sepang International Circuit.

Its line-up will be comprised of another veteran Italian in Andrea Dovizioso, who is nevertheless seven years Rossi’s junior, alongside rookie Darryn Binder, who makes the jump directly from Moto3.

Razali remains in place, not only as team principal but now also owner, with title backing coming from Italian energy company WithU.

In an interview with German outlet Speedweek, he expressed his regret not only at haggling Petronas too hard, but also at accepting Rossi, claiming he was not forced into the latter by Yamaha.

“If I could turn back the clock, I would have decided in June 2021 to accept the first new contract offer from Petronas,” admitted the Malaysian.

“But I wanted to negotiate for more money.

He then added, “And to be honest, I shouldn’t have taken Valentino.

“There was always the assumption that we would have had no choice but to sign Valentino in 2021.

“The assumption was that we were under pressure from Yamaha, but no, there was no pressure.”

The then 41-year-old finished third in Round 2 of the 2020 campaign, in late-July, and a new contract with Yamaha for 2021 was finally confirmed in the preceding September.

“Personally, I was sceptical until Valentino was third on the podium alongside Fabio and [Maverick] Viñales at the second Jerez GP in July 2020,” recalled Razali.

“When I was on the podium next to the three riders, my mind went, ‘Okay, maybe this guy can do it.’”

However, results were already tailing off in September and then Rossi missed two races due to contracting COVID-19.

“After that, the results turned out to be bad,” noted Razali.

“But by then, the decision for Valentino had already been made.”

Rossi admitted that he decided to retire when he became dissatisfied with his results, meaning his 26th season in grand prix competition was his last.

By then, he was 42 years old, competing against riders who were young enough to be his sons.

“I think Valentino put himself under pressure,” suggested Razali.

“The young riders are much faster.

“Valentino set better lap times than in the past, but that wasn’t enough.

“He wanted success, his heart and mind were ready for it – but the body didn’t go along with it.”

Rossi will now race cars, but VR46 Racing Team is now a MotoGP entrant in its own right, with Luca Marini and Marco Bezzecchi to ride Ducatis for the squad.