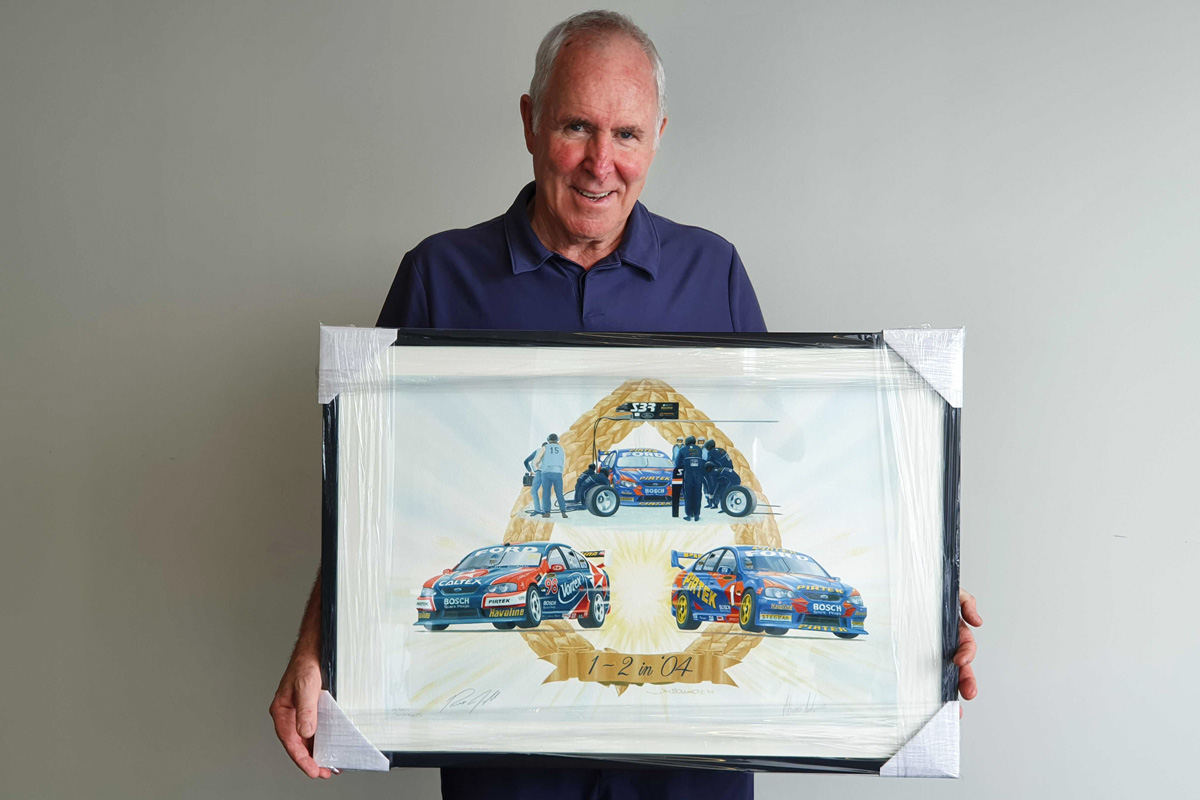 Ross Stone with one of the prints

The former Stone Brothers Racing owners have gone to their personal memorabilia collection and dusted off a couple of gems.

The first of the prints is titled “Back to Back” and celebrates Marcos Ambrose’s Supercars championships in 2003 and 2004. It is number 51 of a limited 250 and is signed by Ambrose and artist Jim Bolland.

The second print features the Falcons of both Ambrose and Russell Ingall and highlights their 1-2 finish in the 2004 Supercars championship. It is numbered 91 of 500 and is signed by both drivers and the artist.

Both prints have been professionally framed and measure 770mm x 570mm and 810mm x 560mm respectively.

The Super Auction has been arranged to pay tribute to Coleman and the work of Motor Racing Ministries.

Coleman officiated at his last Supercars event at Bathurst on Sunday in what was an emotional occasion for him and the members of the category’s “family”.

“We have had the prints in our ‘vault’ and wanted to get them framed before we offered them for auction,” said Ross Stone.

“These prints represent one of the most successful periods of mine and Jimmy’s career. It was a pretty memorable time.

“We thought a few fans might fight over them who missed getting their hands on them the first time around – it’s hard to believe it was 17-18 years ago.

“Garry and Motor Racing Ministries are an incredibly important part of our sport and we just wanted to do something to show our appreciation.” 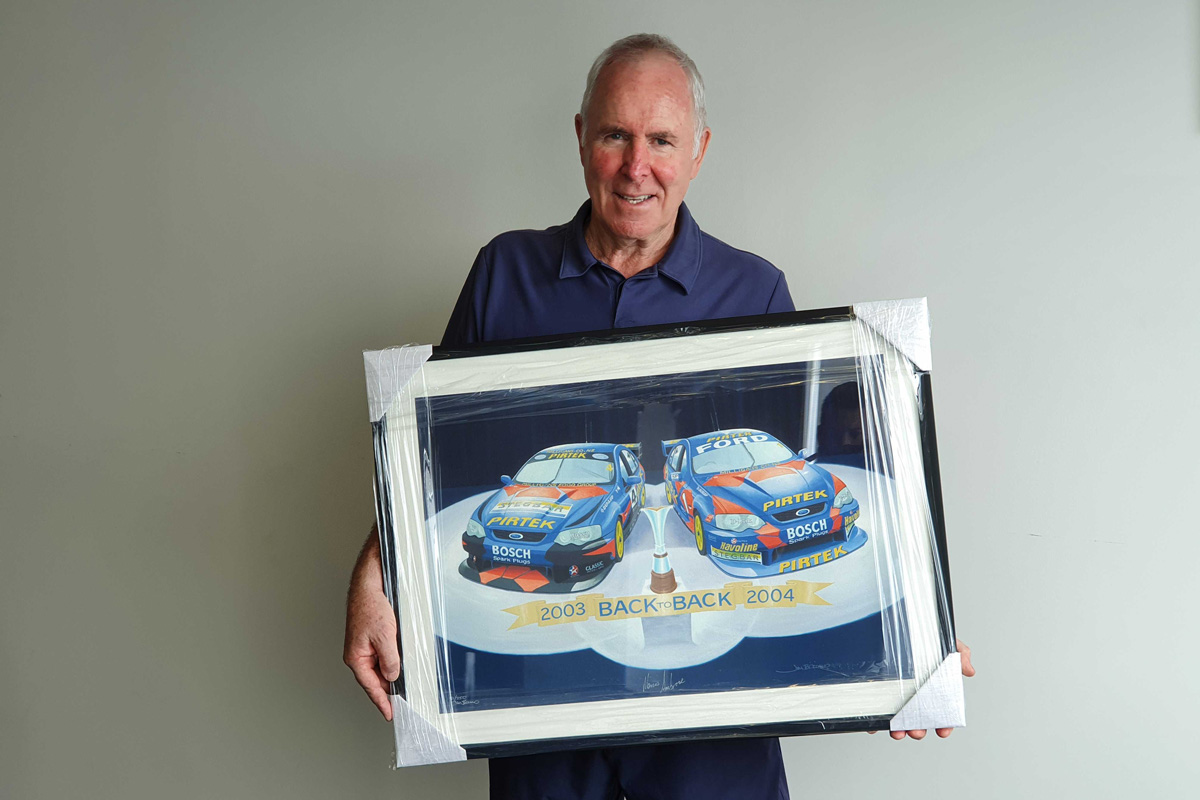 Ross Stone with the ‘Back to Back’ print

The current total for listed items is almost $A23,000 with a flurry of bidding expected during the final week.

There will also be other items added in the coming days with the variety of items providing everyone with the opportunity to be involved.