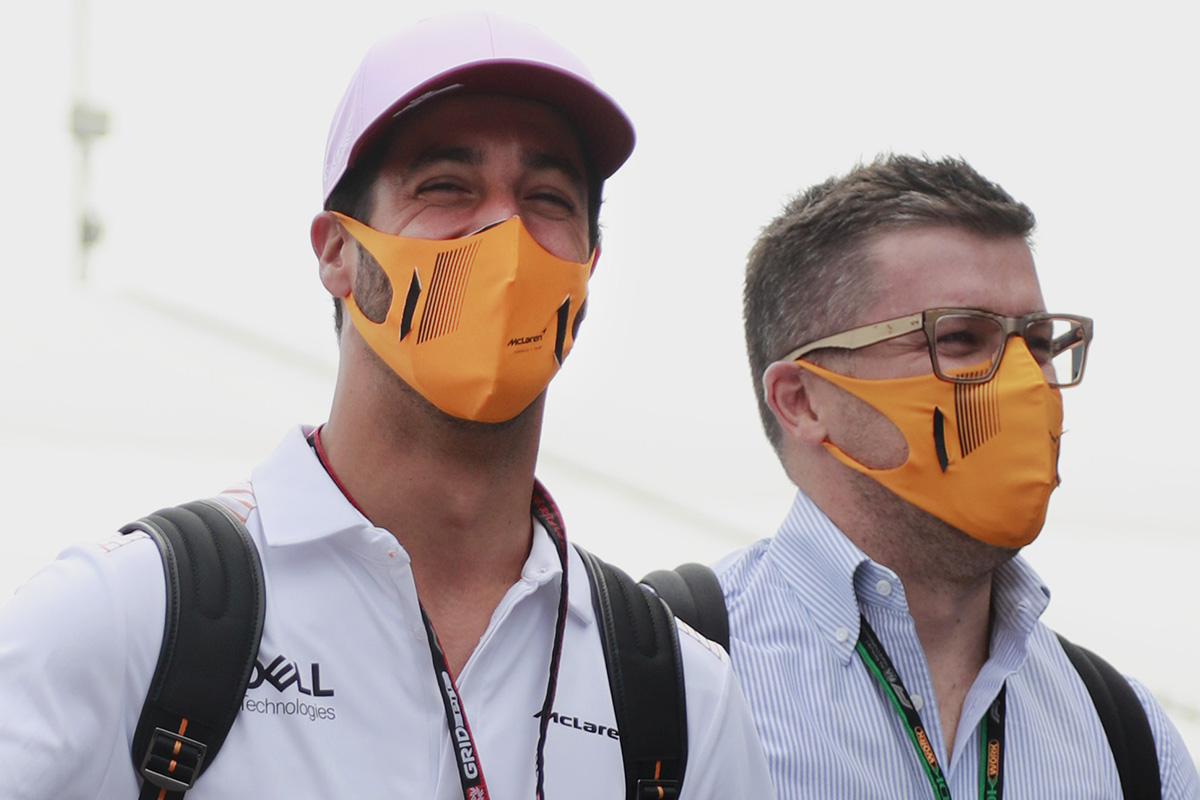 The festive season is in full swing in the Formula 1 paddock with Daniel Ricciardo showing off his Secret Santa gift.

The Australian was brandishing a new tattoo, the result of the Secret Santa gift he received from Fernando Alonso.

“Fernando just got me for Secret Santa,” Ricciardo explained.

“And along with a nice bottle of red, he also got me some temporary Fernando tattoos.

“It looks pretty good,” he added.

“It’s the only athlete I’ve ever had tattooed on my arm, so I don’t want to knock it.

The Australian sported one of the tattoos, which depicts Alonso’s face, on his left arm – visible below his McLaren team shirt.

“It’s a difficult decision when you need to make something for Daniel,” Alonso said of the gift.

“So I made my face… which is the thing that we’ve been talking all year long, because he was Cyril [Abiteboul] and the podium last year and all these tattoos. It made sense.”

A deal between the two was that the latter would get a tattoo should the Australian score podium.

The Frenchman has now been inked, with a stylised honey badger and Renault logo drawn on his left leg. 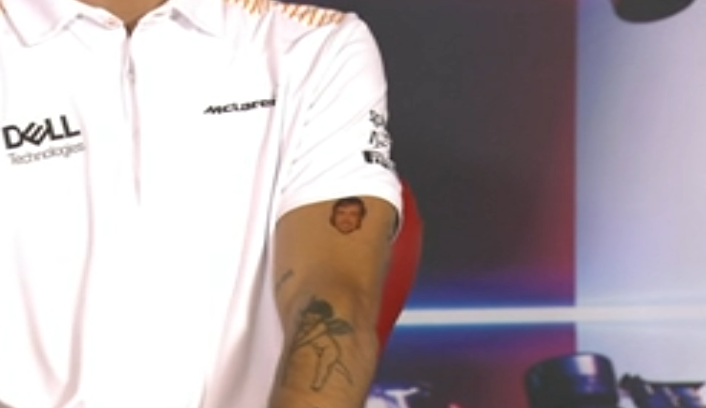 The Alonso tattoo on Ricciardo’s arm