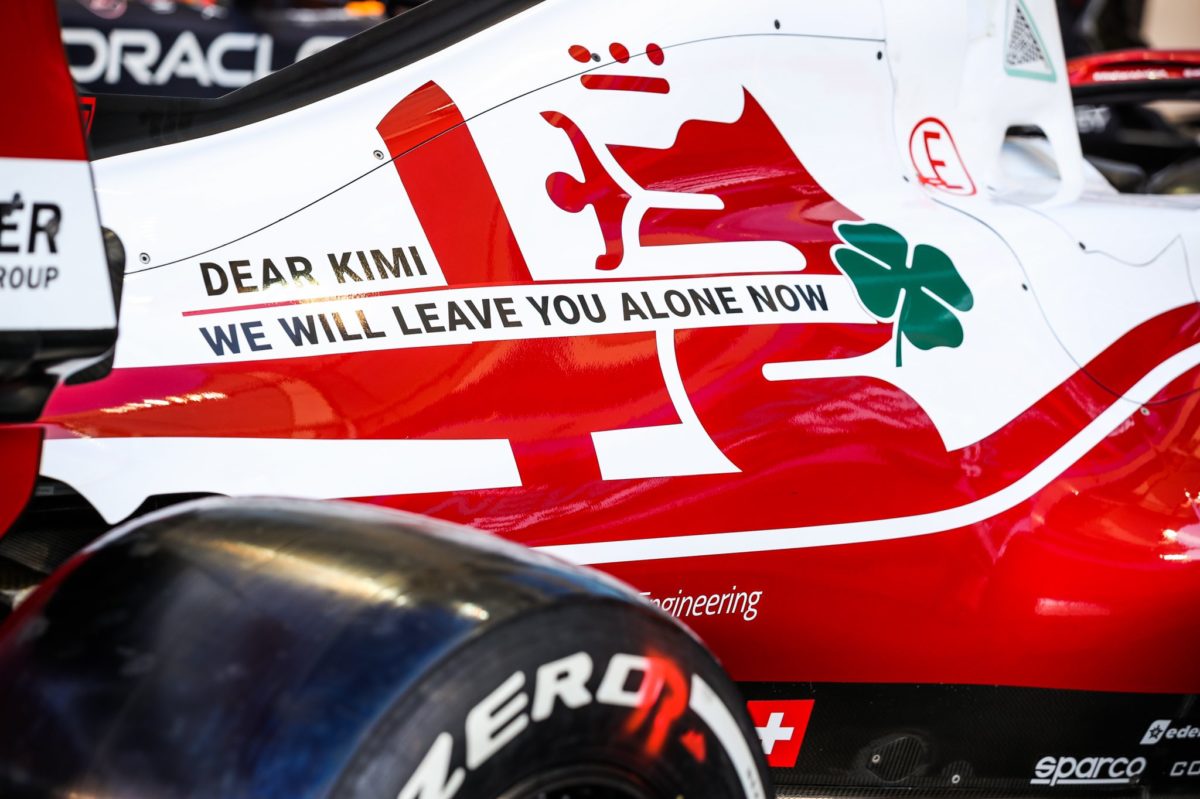 A number of cars will this weekend carry tributes as Formula 1 teams bid farewell to one or more of their race drivers.

At Alfa Romeo Sauber, both Kimi Raikkonen and Antonio Giovinazzi are set to make way, while Mercedes will say goodbye to Valtteri Bottas.

In recognition of the Finn’s five years with the championship-winning squad, Mercedes has reverted to his blue and white number on the W12’s airbox.

Bottas has carried a blue outline of his permanent racing number this season, a change from the solid white numerals used last year.

Further down pit lane, Alfa Romeo Sauber has adorned the airboxes of its cars with personalised messages to its drivers.

For Raikkonen, the squad has drawn inspiration from one of the 2007 champ’s most well-known radio messages.

The Finn this weekend will call time on a career that began in 2001 and sees him leave the sport as the most experienced driver in its history.

In celebration of that fact, his engine cover carries the message “we will leave you alone now”.

Raikkonen will be replaced by Bottas at the Swiss-based squad next season.

Across the garage, Giovinazzi’s F1 career is set to at least go on hiatus as he heads to Formula E next year.

The Italian has shown glimpses of promise, but the team’s top brass has opted to replace him with Formula 2 race winner Guanyu Zhou for 2022.

Adorning Giovinazzi’s airbox is the message “grazie di tutto, Antonio,” which translates into ‘thanks for everything, Antonio’.

Other drivers set to switch teams include George Russell, who will find his way to Mercedes, and Red Bull reserve driver Alex Albon stepping into the vacant seat at Williams.