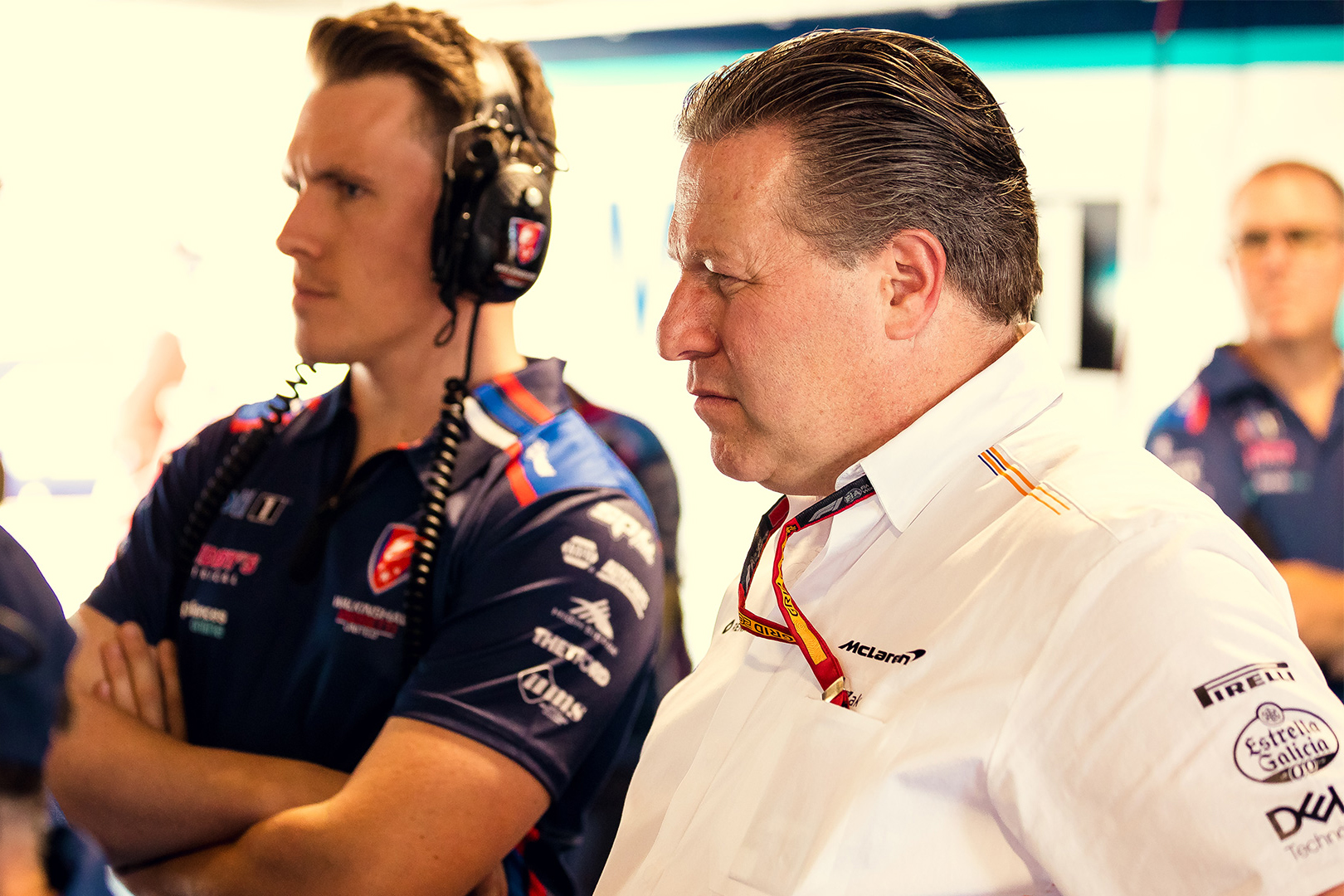 The McLaren CEO is tied up in several racing outfits globally, his Formula 1 team being the most high-profile of all.

Brown also has a team in the IndyCar Series with McLaren SP – a joint effort between Brown, Sam Schmidt, and Ric Peterson.

Then there’s his FIA World Endurance Championship team United Autosports, which Walkinshaw Andretti United lends part of its name from.

The triple crown is made up of the Indianapolis 500 (IndyCar), Monaco Grand Prix (Formula 1), and 24 Hours of Le Mans (WEC) and has only been achieved by Graham Hill.

For Brown, it’s not the triple crown per se that he’s after, it’s the quadruple crown which includes the aforementioned events and the Bathurst 1000.

With last year’s 24 Hours of Le Mans win in the LMP2 division and his outright Bathurst 1000 win with Chaz Mostert and Lee Holdsworth, Brown is now halfway to achieving his goal.

“To me, there’s the four big races; which is Bathurst, Le Mans, Indy, and Monaco,” Brown told Speedcafe.com.

“We won Le Mans last year, so that was about as cool as it gets. Bathurst, now. I just have Indy and Monaco to go.

“Historically it’s been the triple crown but I guess for me it’s the quadruple crown, that’s what I’m aiming for, so I’m halfway there.”

Brown was absent for the team’s first Bathurst 1000 win as Walkinshaw Andretti United, instead attending the F1 Saudi Arabian Grand Prix with McLaren.

Nevertheless, he watched every minute of the Great Race from afar.

“Bathurst is just such an iconic, legendary race,” said Brown.

“It’s something to be massively proud of. I wish I was there, I was at Bathurst two years ago.

“It was fun being there when Scott Pye won [a Supercars race at Albert Park in 2018], being there for our first win in Australia [as WAU] a few years ago. I love Supercars and I love the team.

“It’s great that it’s in such a different timezone because I can actually watch most of the races from Superview, that’s a good app.

“I follow how the team goes very closely. We’re all very active even though we’re far away. It’s really exciting.”

It was a nervous watch from afar, its lead #25 Holden ZB Commodore suffering a tyre failure relatively early on in proceedings.

Brown, however, had no doubts Mostert and Holdsworth would be able to get themselves back in a competitive position.

“At that moment you’re thinking, ‘Is it all over?’ Chaz and Lee and the team were just totally hooked up all weekend.

“It’s a long race and that gives you a chance to recover. Just an awesome performance all the way around.

“It’s one of the biggest races in the world to win. Great for the team. We’ve got a handful of wins under our belts as Walkinshaw Andretti United.

“I’m super pleased for Ryan [Walkinshaw] to continue his father’s legacy. He won it 10 years ago. To get one now with him is very special.”