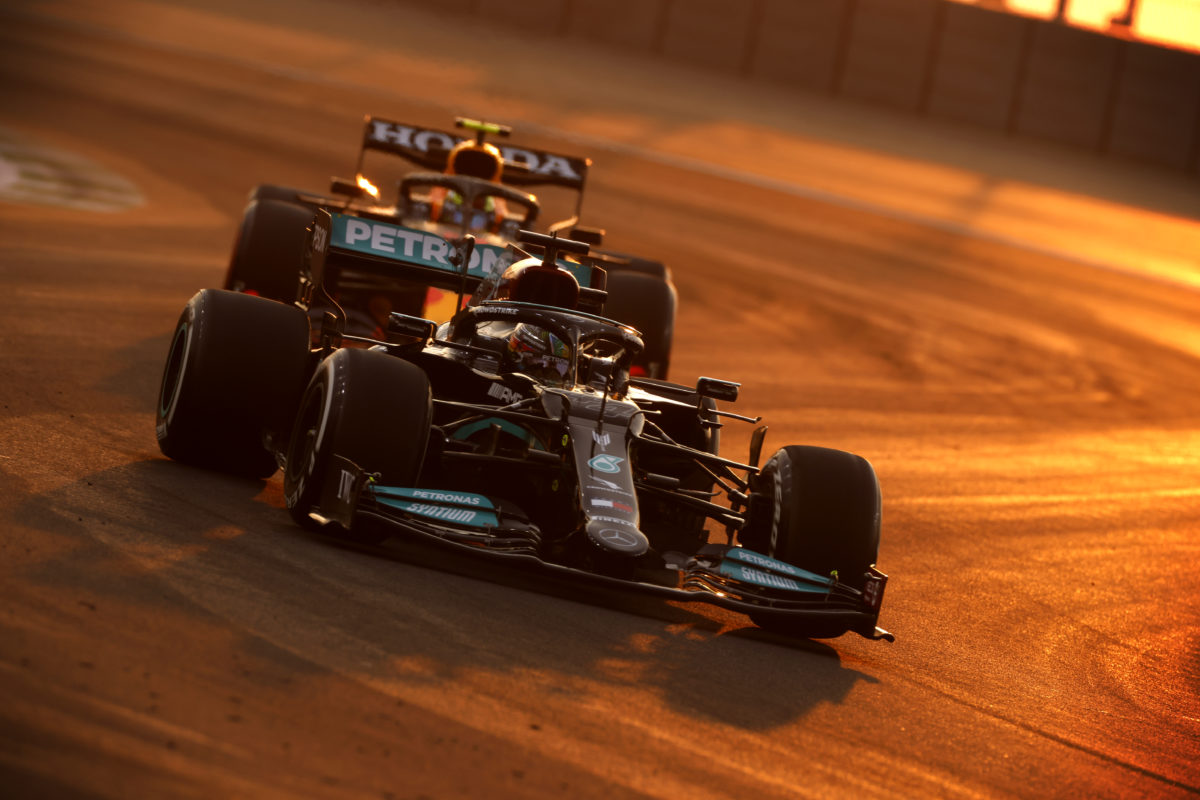 Mercedes team boss Toto Wolff has expressed his gratitude at still being in the fight for both the drivers’ and constructors’ world championships ahead of the Formula 1 season finale.

Lewis Hamilton and Max Verstappen enter the last of 22 rounds tied on points, while in the teams’ competition the three-pointed star heads Red Bull by 28 points.

In the drivers’ competition, it is a largely simple straightforward equation; whichever driver finishes ahead is almost certain to claim the world drivers’ championship.

Mercedes is in a rather stronger position in the constructors’ championship, with a maximum of 44 points available – just 16 points is therefore required to wrap up that battle.

“The final race will be intense, but it’s important to not get distracted, to just keep our heads down, our feet on the ground and bring the performance that we had last time out,” Wolff said.

“We’re grateful to still be in this fight.

“The fact that both championships will be decided at the season finale proves just how hard both sides have been challenging each other and pushing each other forward.

The 2021 championship battle has become one of the most contentious in the history of the competition, with clashes between Hamilton and Verstappen having become increasingly common.

At the British Grand Prix, an incident between the duo on the opening lap saw the Red Bull driver eliminated from the race and had the ongoing impact of necessitating a new power unit later in the year.

Then, at the Italian Grand Prix, they tangled again in an incident which saw both retire and Verstappen receive a grid penalty for the Russian Grand Prix.

Last weekend’s Saudi Arabian Grand Prix was especially fractious, with Verstappen picking up 15 seconds’ worth of time penalties for two separate incidents, both with Hamilton.

The final round of the 2021 world championship takes place in Yas Marina this weekend, the Abu Dhabi Grand Prix having previously been won by both title contenders.

Last year, Verstappen romped to victory to end a six-year run of wins for Mercedes.

The venue has been modified ahead of this weekend’s event with the hope of produced a more exciting on-track product.

As such, it is a journey into the unknown with regards to which team will have the upper hand.

“We’re also relishing the challenges of racing in Abu Dhabi this weekend, at a circuit that has gone through quite a few changes since we last raced there,” Wolff added of the forthcoming event.

“There are new sections of track to understand and that really is a step into the unknown for everyone.”

Opening practice in Abu Dhabi begins at 20:30 AEDT on Friday, with lights out on the championship decider at midnight on Sunday/Monday.