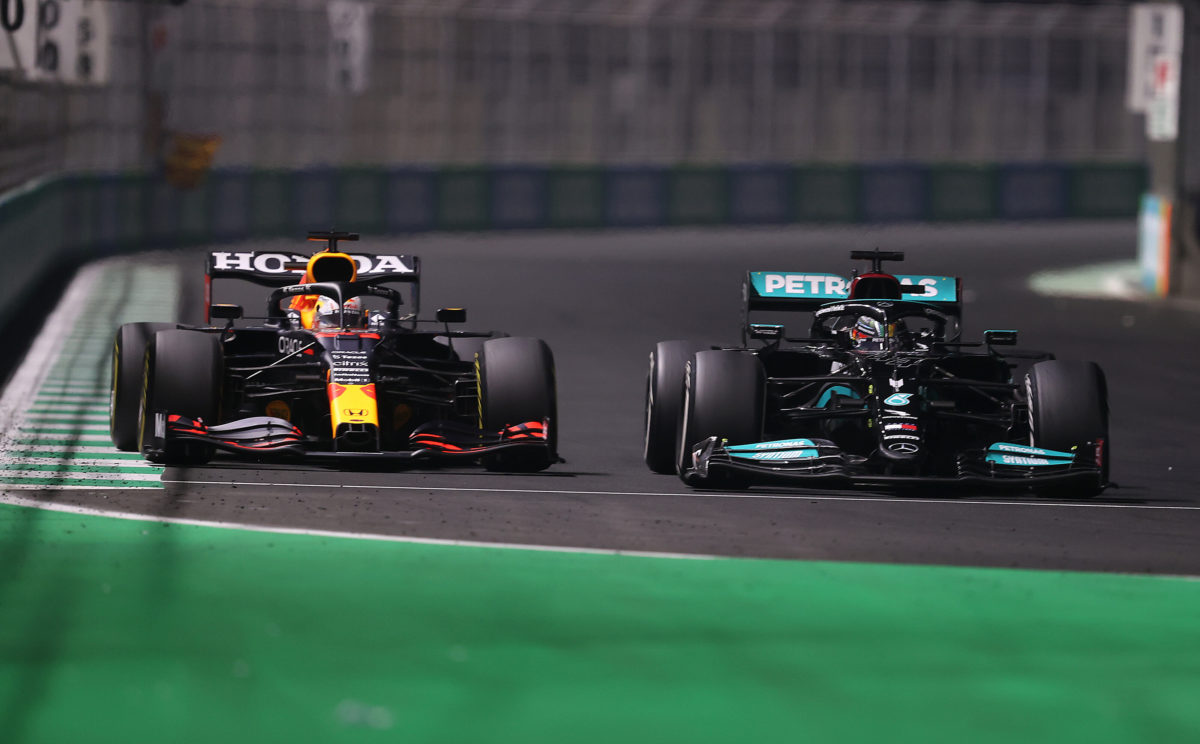 After a Formula 1 championship battle that hasn’t relented all season, in this week’s bonus Pirtek Poll we ask who you think will win this year’s world drivers’ championship.

This weekend’s Abu Dhabi Grand Prix is a winner-takes-all, head-to-head contest for the crown, with Max Verstappen and Lewis Hamilton tied on points.

Technically, Verstappen is on top based on the number of wins achieved: nine versus eight.

Hamilton heads into the event in a rich vein of form, having won the last three grands prix on the bounce.

That began with the Sao Paulo Grand Prix and a performance many observers have suggested is one of the Englishman’s greatest in Formula 1.

It ended a run of back-to-back wins for Verstappen, who claimed honours in the United States Grand Prix, a result which came against established wisdom which had Mercedes tipped as favourites that weekend.

Such has been the unpredictable nature of the season, with the ebb and flow having seen Verstappen enjoy a 32-point advantage following the Austrian Grand Prix.

However, by the Hungarian Grand Prix just two races later, Hamilton had reversed that to head the battle by eight points, only to find himself trailing again by 19 after Mexico City.

For Hamilton, success would be a record-beating eighth world drivers’ championship while Verstappen is in contention for the crown for the first time in his career.

The latter has attempted to play down the pressure of the title battle, claiming that the outcome will not be life-changing.

“I think even if we finish second we will have had a great season and at the end of the day it’s not going to change my life,” the Dutchman said in October.

“I enjoy what I’m doing and I think that is also very important.

“For me there is not much to worry about, really.”

His opposite number meanwhile has spoken frequently about the experience he’s gained over a career spent competing for championships, and specifically how he’s grown from his first F1 title battle in 2007.

“Obviously he won’t admit to it, and I’m not going to make an assumption, but I remember what it was like when I had my first [title fight] and it definitely mounted up,” Hamilton said ahead of the Russian Grand Prix in September.

“It was difficult. It was intense. I was going through a lot of different emotions, and I didn’t always handle it the best. And that’s to be expected.

“So I empathise and understand that but I know that we will continue to grow from this.”

Verstappen won last year’s Abu Dhabi Grand Prix, heading Valtteri Bottas by 15.9s at the flag with Hamilton third in what was his first race back after a COVID-enforced absence a week prior in Bahrain.

The Red Bull driver’s performance ended what had been a six-year run of victories for Mercedes at the Yas Marina circuit.

However, changes for this year promise to throw a spanner in the works, with a number of the slower complexes reworked in an effort to improve on-track action.

The biggest of these has seen the clumsy Turn 11-14 complex replaced with a single, sweeping left-hander.

At the other end of the circuit, the approach to what was the Turn 7 hairpin has been straightened, and the corner itself opened.

Neither driver heads into this weekend with any concern with regards to reliability, making for a straightforward battle between the two.

Both have taken engine penalties to ensure they are in a comparatively comfortable position with regards to power units.

For Verstappen, the situation is simple; finishing ahead of Hamilton will net him a maiden championship.

Broadly, it’s the same situation for Hamilton provided they are both in the points, with one key difference.

Should Verstappen finish 10th and score the bonus point for fastest lap, Hamilton must be eighth or better.

If the pair remain tied on points come the end of the race – an unlikely but possible outcome – Verstappen would be champion.

Who do you think is going to win this year’s world drivers’ championship; Lewis Hamilton or Max Verstappen?