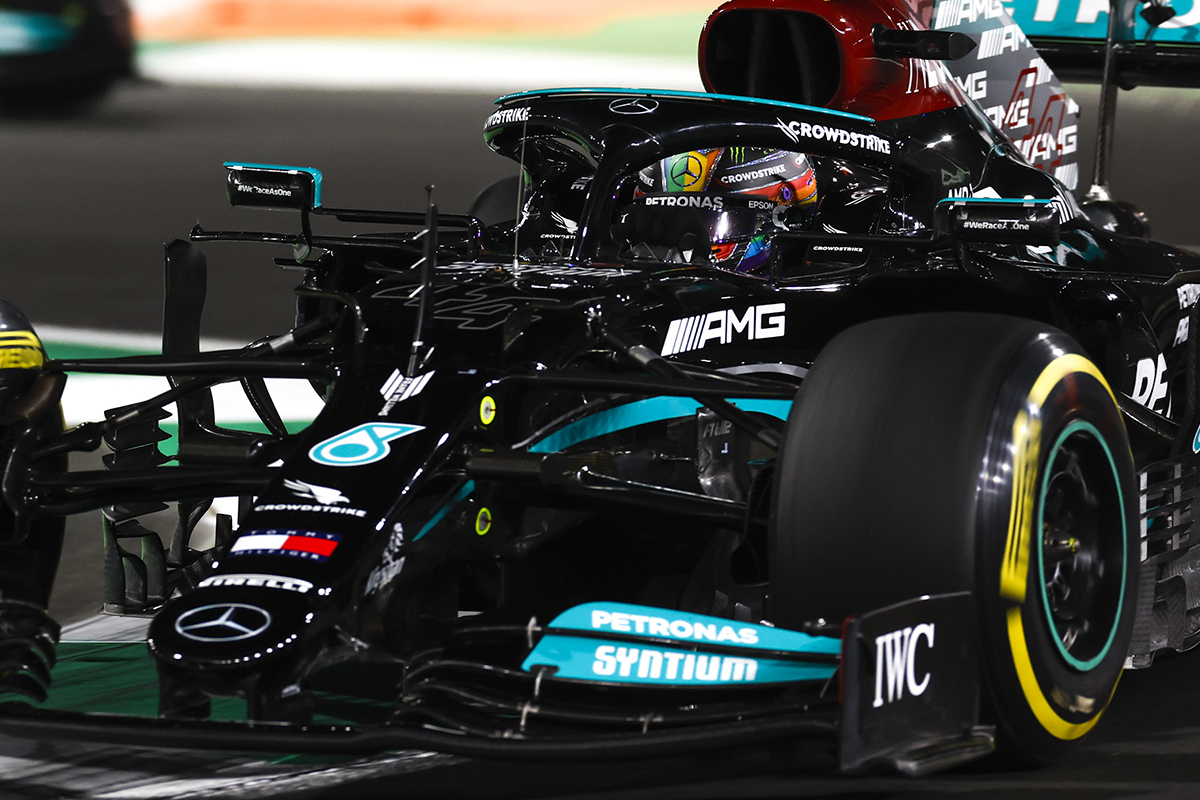 Mercedes has ended its sponsorship deal with Kingspan

The Mercedes Formula 1 team has announced that is has terminated its sponsorship deal with Kingspan following a public backlash in the United Kingdom.

A statement issued by the squad ahead of this weekend’s Abu Dhabi Grand Prix announced the two companies have “mutually agreed to end their partnership.”

Mercedes announced the partnership prior to the Saudi Arabian Grand Prix, with branding appearing on the side of the W12’s nose in Jeddah.

It was a deal which met widespread condemnation in the UK where Kingspan was implicated in the Grenfell Tower Inquiry.

Kingspan products were found to have been used in the Grenfell Tower in London, which caught fire in 2017 resulting in the deaths of 72 people.

Lewis Hamilton faced a barrage of questioning prior to last weekend’s race, as did Mercedes boss Toto Wolff.

Grenfell United, a group of survivors and bereaved families, wrote to Wolff requesting he reconsider the signing.

“The tragedy of the Grenfell Tower fire was beyond imaginable to me, and it should never have happened,” the Mercedes boss responded, in part, in an open letter.

“On behalf of our team, I would sincerely like to apologise to you for the additional hurt that this announcement has caused. It was never our intention to do so.

“The work of the public inquiry to establish the full causes of the tragedy is crucially important. Prior to concluding our partnership, we engaged with Kingspan in depth to understand what role their products played in what happened at Grenfell.

“Kingspan have stated that they played no role in the design or construction of the cladding system on Grenfell Tower, and that a small percentage of their product was used as a substitute without their knowledge in part of the system which was not compliant with building regulations and was unsafe.”

While the Kingspan logos remained on the cars throughout the weekend in Saudi Arabia, Hamilton hinted that the deal may be cancelled.

“We know it’s been there’s been a huge outcry and an amazing amount of support from people through the community around there,” he said following qualifying.

“Really, it doesn’t have anything to do with me, and I know Toto is sorting it.

“Unfortunately, my name is associated with it because it’s put on my car, but whether that remains the same, we shall see.”

That change has now been confirmed.

“The Mercedes-AMG Petronas F1 Team and Kingspan today announced that they have mutually agreed to end their partnership,” a statement from the team said.

“However, both parties have subsequently concluded that it is not appropriate for the partnership to move forward at the current point in time, notwithstanding its intended positive impact, and we have therefore agreed that it will be discontinued with immediate effect.”