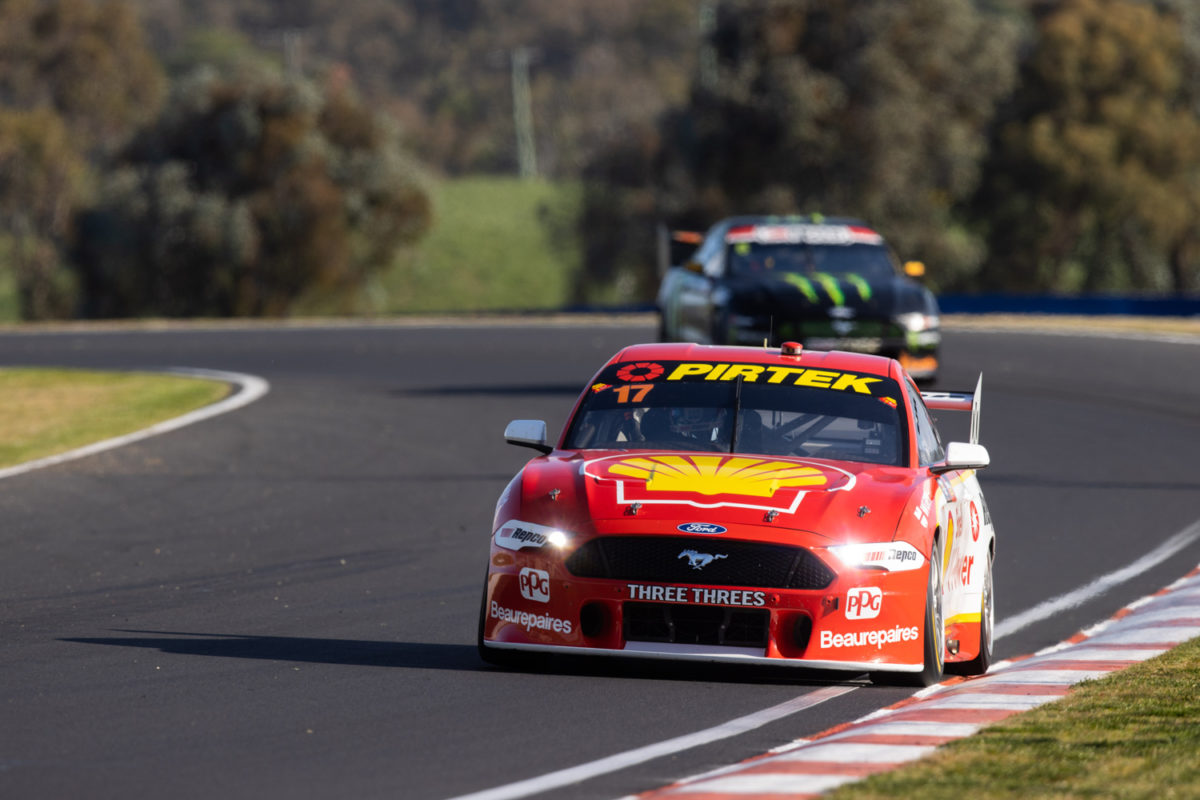 Scott McLaughlin will race for the Shell V-Power Racing Team in next year’s Repco Bathurst 1000, if available.

McLaughlin, who won the Great Race in the squad’s DJR Team Penske era, remained part of the Dick Johnson Racing fold despite moving to the United States to race full-time in IndyCar.

It was hoped that he would be able to drive one of its Mustangs in this year’s Bathurst 1000 and while travel restrictions put paid to that idea, it remains the plan also for 2022.

DJR team principal Ben Croke told Speedcafe.com, “We’ll wait and see what happens there, but if you can get your hands on someone like Scott McLaughlin – a three-time champion – you’re not going to let that pass, are you?”

Asked then if the New Zealander is contracted for next year, Croke responded, “I’m pretty sure he is,” before adding, “He’ll be with us next year if he’s available.”

DJR had Tony D’Alberto in its ranks for a sixth straight season of co-driving with the team and he would ultimately partner Anton De Pasquale in the #11 Mustang.

That pairing was only confirmed in October, when McLaughlin was finally ruled out of the 2021 Bathurst 1000, but Alex Davison had been on standby for months by then and was thus locked into the #17 entry with brother Will.

Regardless of whether he might have been able to squeeze in the trip, the 2019 Bathurst 1000 winner stated back in October that he was unwilling to make a “half-arsed” commitment out of respect for DJR.

Indications are that D’Alberto and Alex Davison will be fronting up for the Stapylton-based squad again next year, if McLaughlin cannot, based on Croke’s assessment just after Sunday’s race.

“I don’t see any reason why not, at the moment,” he remarked.

“TD’s a legend, the guy’s done an amazing job [for] the last few years with us, and Alex and Will were a very capable pairing.”

The Davison brothers finished 10th after Car #17 was twice forced to double-stack and then issued a hold penalty for an unsafe release.

Car #11 was in contention for a podium when De Pasquale stopped with a driveline failure on Lap 140.

Despite that disappointing conclusion to the season, DJR still took second in the teams’ championship, its fifth straight top two result in those standings.