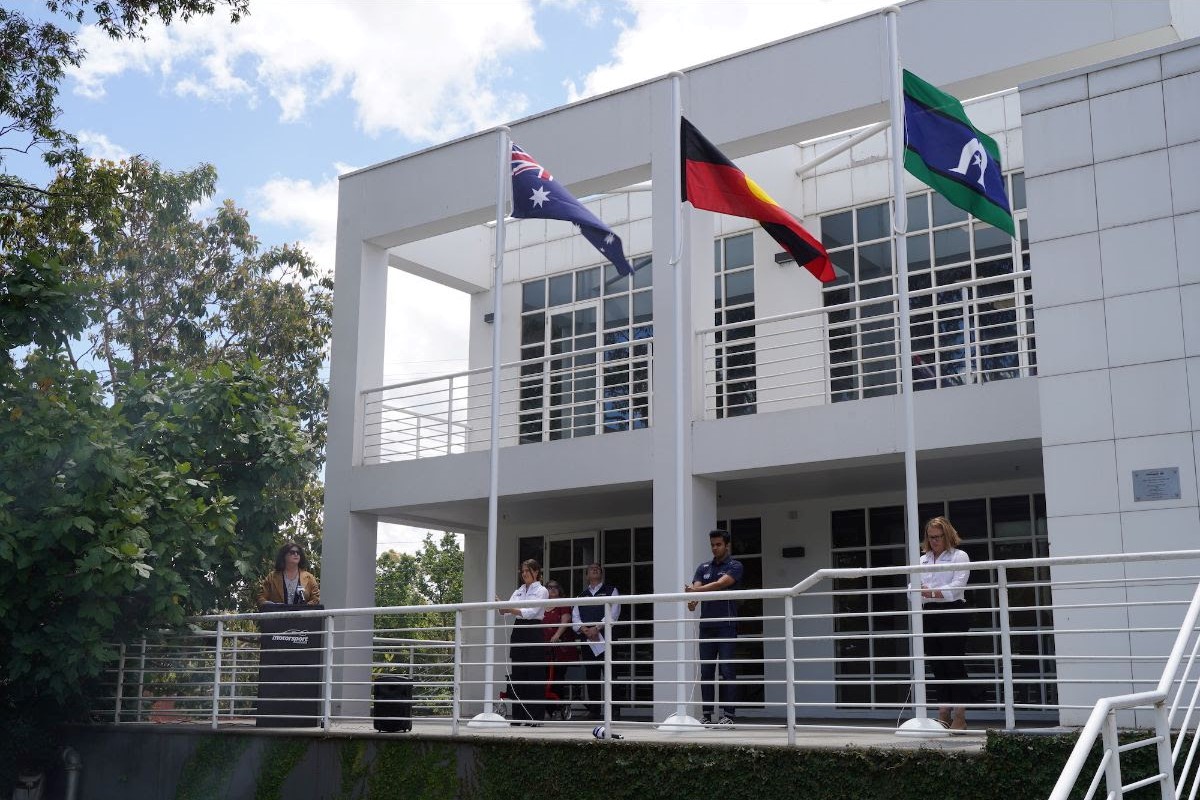 The flag-raising at Motorsport Australia House

The Aboriginal and Torres Strait Islander flags will be flown on a permanent basis at Motorsport Australia’s Melbourne headquarters.

A Welcome To Country and smoking ceremony were held to mark the beginning of the practice, conducted by Wurundjeri elder Aunty Dianne Kerr.

The flags will fly alongside the Australian and FIA flags, and are part of Motorsport Australia’s commitment to inclusion and diversity, explained CEO Eugene Arocca.

“This is an important milestone for our organisation, but it is only one step of many in our continued diversity and inclusion journey.

“Motorsport is for everyone, no matter their cultural and ethnic background, religion, gender or ability.

“Today’s ceremony, conducted by Aunty Di, a Wurundjeri Elder, highlights the important steps we are taking to make sure we live these values in everything we do.” 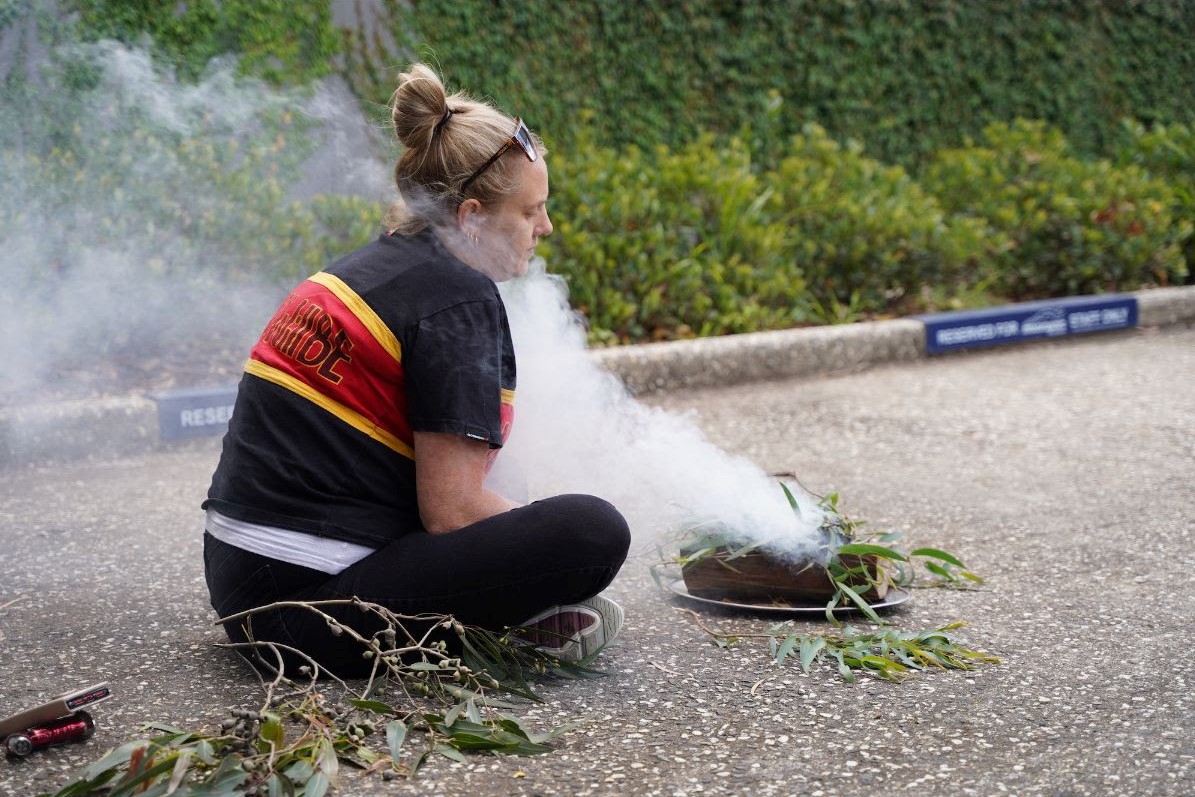 “On behalf of the Board and all our members, we thank Aunty Di for being with us today and the Welcome To Country she proudly delivered.

“This significant step highlights our continued commitment to being a welcoming sport and organisation. We look forward to continuing to develop initiatives to make motorsport even more inclusive and representative of the whole of the Australian community in the years ahead.

“In 2022, Motorsport Australia will deliver its first Reconciliation Action Plan and also take other significant steps as part of our diversity and inclusion program, allowing more people to enjoy more motorsport more often.”

Motorsport Australia House is located in the suburb of Canterbury and thus the land of the Wurundjeri Woi-wurrung people.

The ceremony was attended by its head office staff, with members of its Diversity & Inclusion Committee raising the flags following the Welcome To Country.