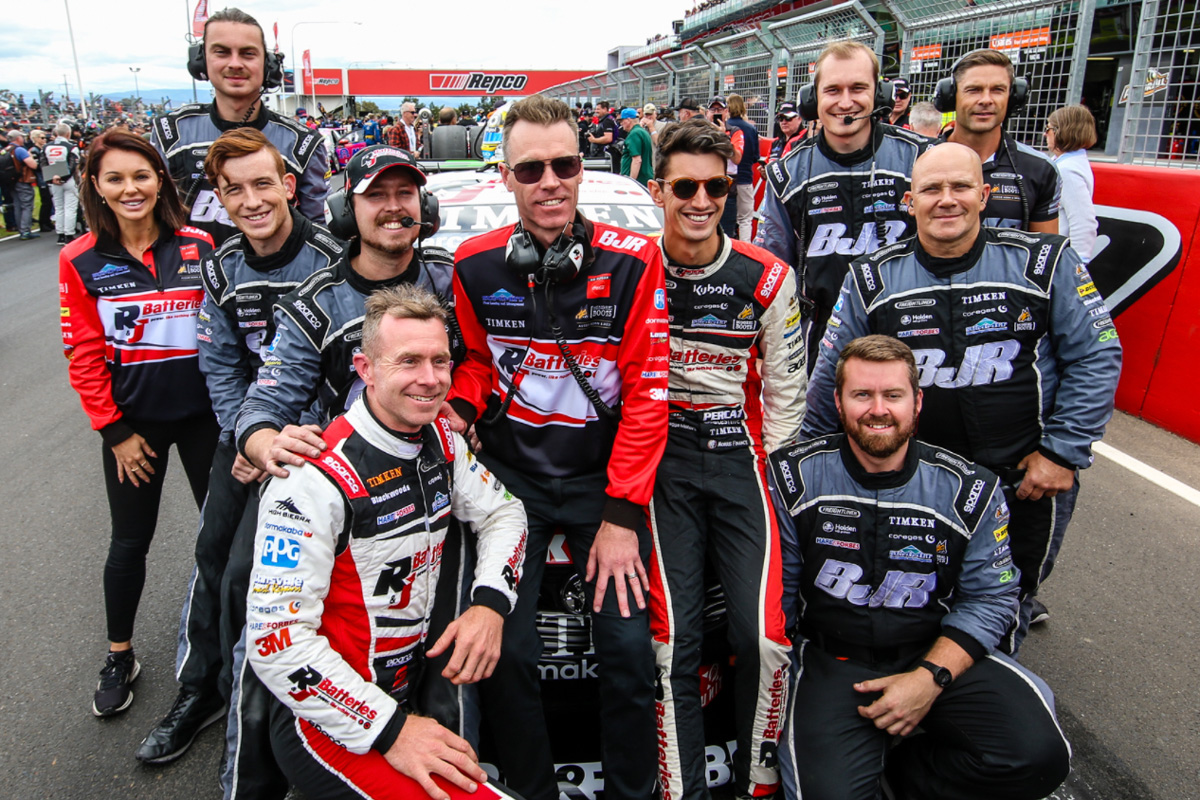 Brad Jones Racing co-driver Dale Wood has revealed the extent of the injuries he battled through to take sixth with Nick Percat in Sunday’s Repco Bathurst 1000.

Plenty of attention was directed at Wood throughout the build-up, having been seen limping heavily.

The renowned larrikin was eager to press on with the job with minimal fuss, but did admit a trail run had been to blame for the damage.

After completing a solid campaign at Mount Panorama aboard the #8 R&J Batteries Commodore, Wood went under the knife today.

Now, he’s admitted the prospect of being forced to withdraw from the Great Race had been a very real possibility.

That was as he dealt with a shattered meniscus, fractured tibia and a cyst, all on his left leg.

“The week prior I wasn’t really sure I was going to be able to do it at all.

“I’ve had some bloody good people around me giving me some treatment to keep me going so we got through the weekend.

“I didn’t notice it too much in the Porsche [Carrera Cup] but in the Supercar it was definitely uncomfortable.

“It’s one of those things, you sort of grit your teeth and you get on with it and we actually had a really smooth day.

“We certainly didn’t have the pace to take it to [Chaz] Mostert and the front couple but I thought Nick and I had a really smooth day.

“It was a good day. I didn’t want to do too many driver changes, that’s for sure, but we got through it.

“It probably turned out to be better than what I thought it was going to be a week prior.”

Wood, who is under contract at BJR for 2022 when he’s again likely to also feature in Porsche Paynter Dixon Carrera Cup Australia, is now focusing on getting his body right.

“I’ll just take it easy for a couple of weeks,” said the 38-year-old of his upcoming recovery.

“I think the water skiing and the wakeboarding, Jess [wife] might say that’s off the cards for Christmas but we’ll see how that goes.

“It’s probably not a bad time of year now to be taking it easy on it.”