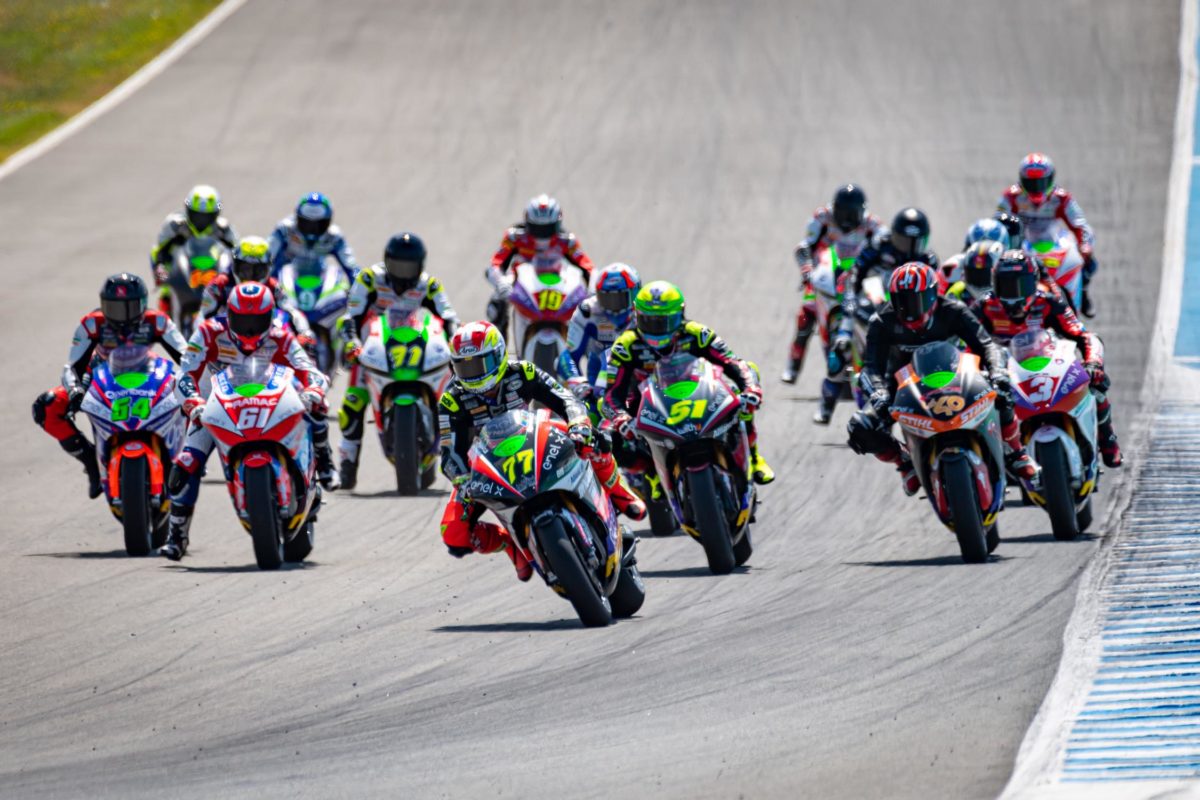 A 14-race provisional calendar has been released for the 2022 FIM MotoE World Cup.

The season will be the longest in terms of events and total races, given it is comprised of seven double-headers across as many circuits in Europe.

There are also two, three-day tests at Jerez, in March and April, prior to the season-opener.

The 2022 campaign will be the last of the Energica era which began with the birth of the all-electric category in 2019, with Ducati to supply the field from 2023.

Pons Racing’s Jordi Torres has won the MotoE title for the past two years.