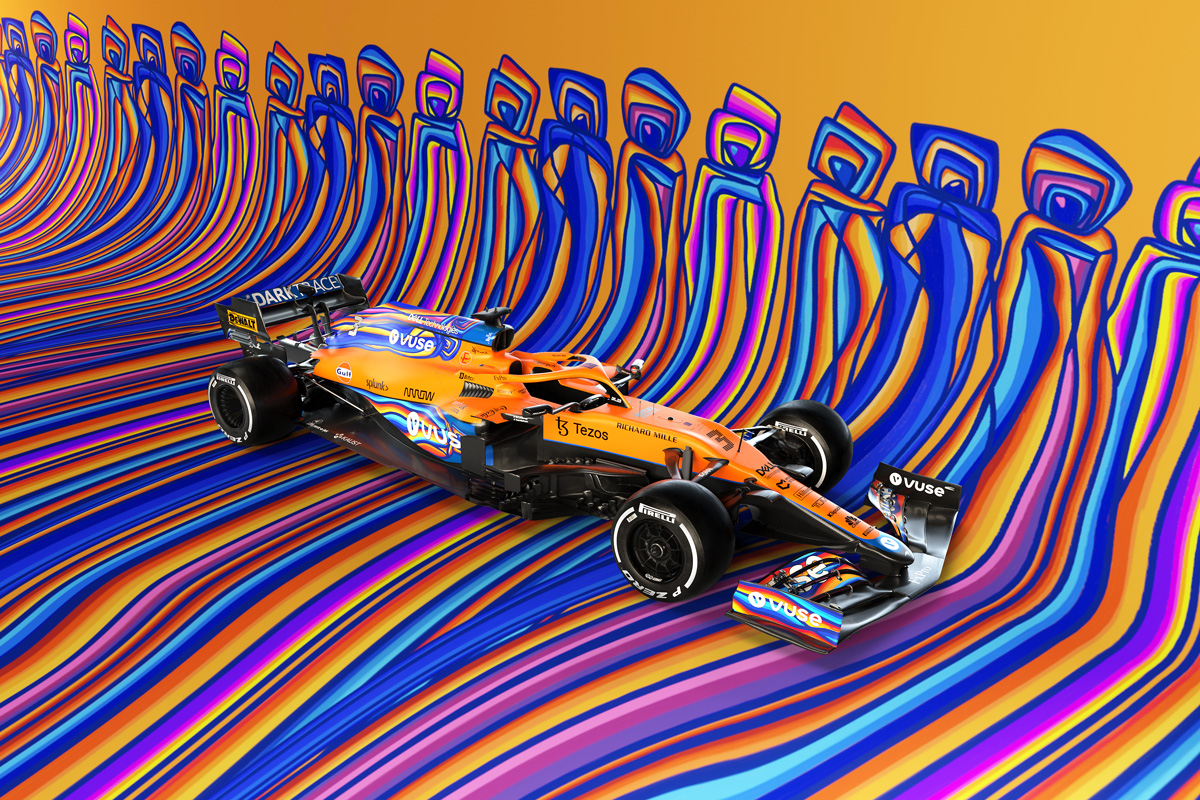 The McLaren MCL35Ms of Daniel Ricciardo and Lando Norris will feature a new look at 2021 Formula 1 season finale.

In conjunction with the team’s partner BAT’s brand Vuse, McLaren Racing has released a tweaked livery for the Abu Dhabi Grand Prix this weekend.

United Arab Emirates-based artist Rabab Tantawy is the mastermind behind the design, which comes as part of the Driven by Change campaign whereby “emerging creatives” are given the chance to showcase their talent to the world via motorsport.

“We are excited to bring the art and motorsport worlds together in a ground-breaking way, by sporting Rabab Tantawy’s artwork on our race cars at the Abu Dhabi Grand Prix,” said McLaren chief marketing officer Claire Cronin.

“Together with Vuse, Driven by Change is a unique opportunity to use our global stage to support rising talent, giving undiscovered creatives the platform they deserve.

“Rabab’s art is inspiring, and we are proud to take her papaya-influenced creation racing this weekend.”

McLaren enters this weekend with a tall order to run down Ferrari for third in the constructors’ championship.

The Scuderia has opened its advantage over McLaren to 38.5 points, meaning the latter must score a one-two or one-three at Abu Dhabi and hope Ferrari’s Charles Leclerc and Carlos Sainz encounter trouble.

A one-two is not unprecedented though for McLaren, Ricciardo having led home Norris in such fashion just three months ago at Monza.