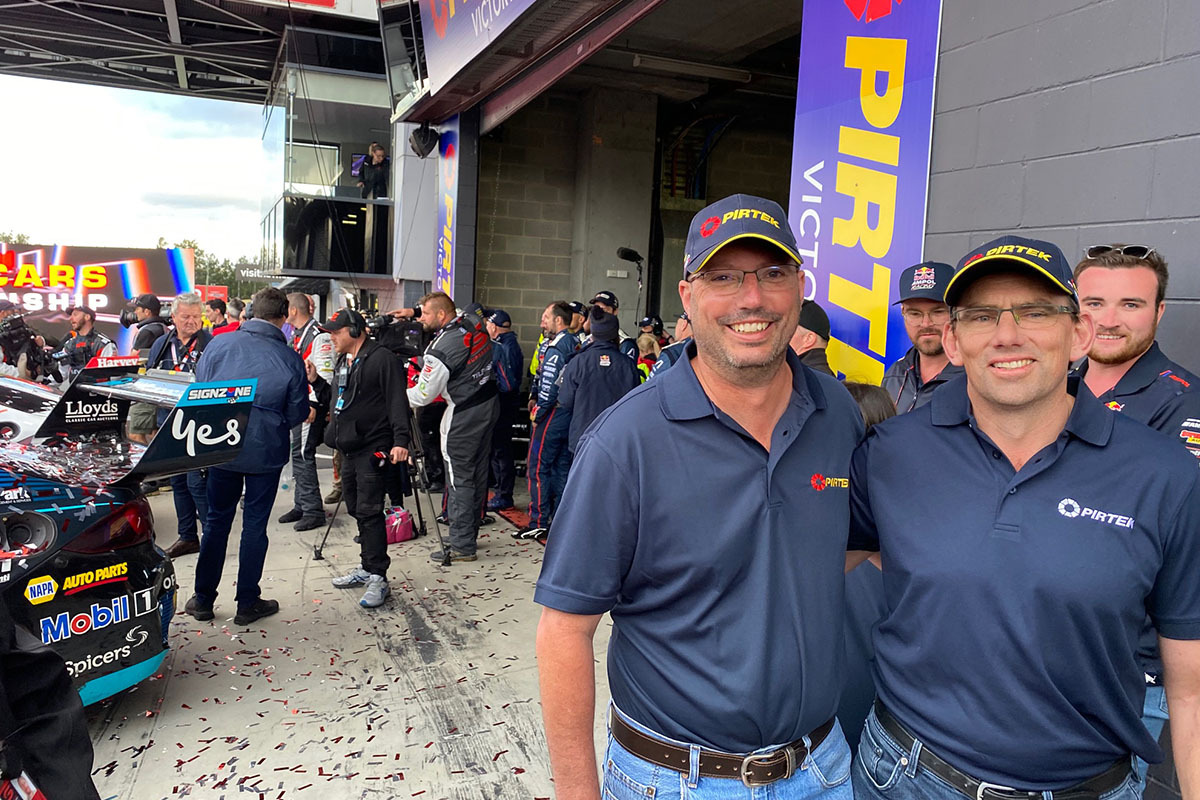 Ultimate Motorsport Prize raffle winner Ross Greenup has described his weekend Bathurst 1000 experience as one of the “highlights of his life”.

Greenup was a VIP guest at Bathurst after winning the Ultimate Motorsport Prize raffle which raised more than $A50,000 for The Peter Duncan Neurosciences Unit at St Vincent’s Hospital Sydney.

The raffle was driven by Pirtek and was made possible through the generous contributions of Supercars, Shell V-Power Racing, the National Motor Racing Museum, Motorsport Australia and Speedcafe.com.

Greenup, a long-time motorsport fan, had been to the Bathurst 1000 three times previously, but this time around his experience was a whole lot different and he shared it with friend Morgan Freemantle.

Greenup and Freemantle were given a one-on-one tour of all aspects of the Supercars TV operations by Neil Crompton for more than an hour before being hosted by Brad Owen for an “after hours” VIP tour of the National Motor Racing Museum when they got to sit in Allan Moffat’s 1977 Bathurst-winning Ford Falcon.

Greenup then made an appearance on Fox Sports presenting the winner’s trophy for the Pirtek Pit Stop Challenge won for the third consecutive time by Brad Jones Racing.

The pair was hosted at the DJR/Shell V-Power Racing garage by Dick Johnson and then taken for a two-lap flight over Mount Panorama supplied by Mark Harrold from Sydney Helicopters before a visit to the race podium and a “meet and greet” with the Peter Brock Trophy.

Retiring Supercars race director and former F1 driver Tim Schenken gave the pair a unique insight into race control before they were escorted to the top of Mount Panorama to get a view from McPhillamy Park.

Sunday started with a course car lap of the track before Greenup waved the green flag for the formation lap of the Great Race.

The pair enjoyed the pre-race build-up from the grid before watching the race from the Supercars paddock club and then joining race winners Chaz Mostert and Lee Holdsworth in Pirtek Victory Lane.

“The entire weekend was just one highlight after another. It really was the Ultimate Motorsport Prize and I cannot thank everyone enough who was involved in pulling it together.

“Everyone was incredibly generous with their time and cared about the experience we were having.

“Everyone over-delivered to ensure we had the time of our lives and that’s exactly what we had. I think it will take a while for us to come off the high we have experienced. We are still buzzing.

“I don’t know what the odds are of winning such a raffle two years in a row, but I will be getting in line to buy my tickets next year. And if I don’t win, then I know my cash is going to a great cause in the Peter Duncan Neurosciences Unit at St Vincent’s Hospital, which we also learned a lot about.

“If you are a sports fan and don’t give yourself a chance of winning this prize next year, then you are crazy.” 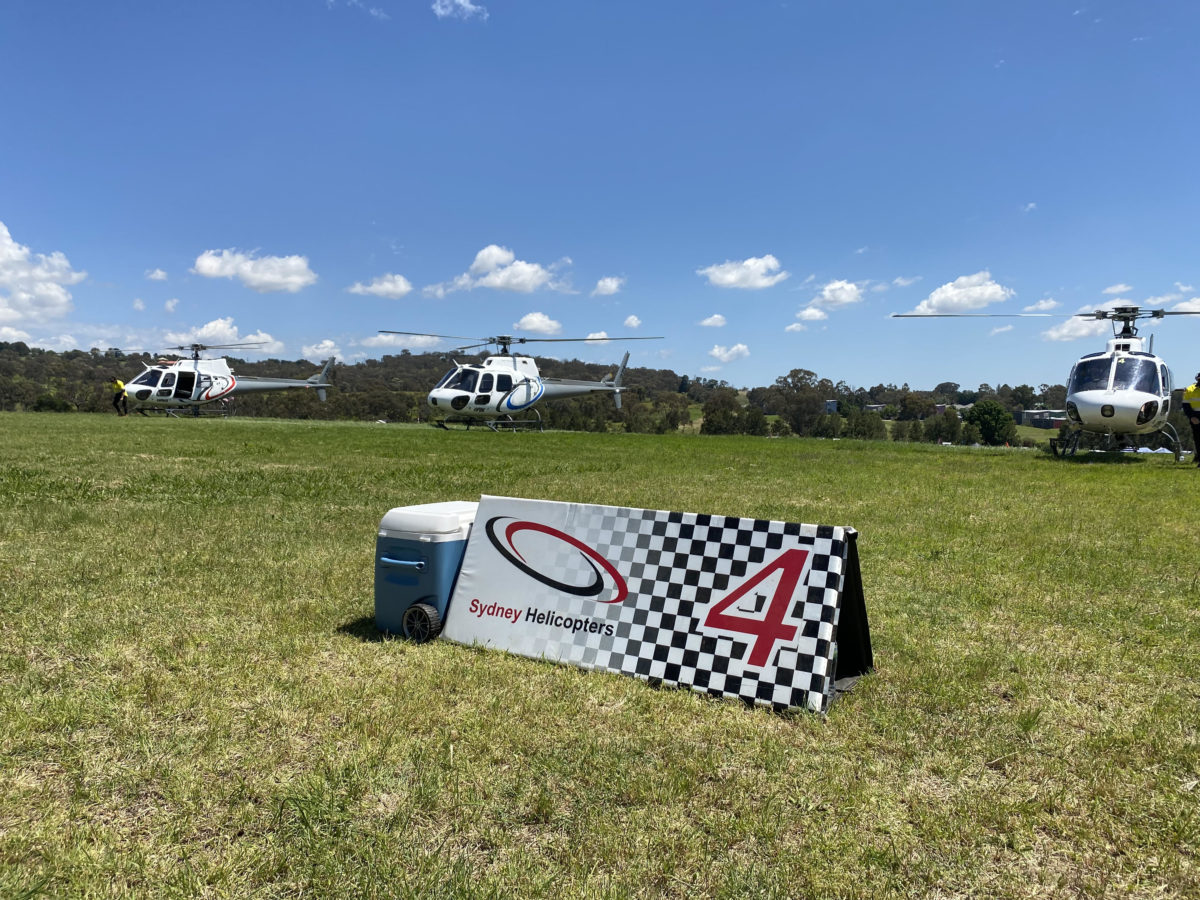 Pirtek CEO Stephen Dutton said Greenup’s experience proved the value of the raffle and created a fantastic foundation that can be built on in 2022 and beyond.

The raffle raised more than $A50,000 despite COVID-19 which stopped a lot of on-ground at-track activation and ticket sales from happening.

“It was fantastic to meet Ross at the weekend and get some tremendous feedback on his experience,” said Dutton

“This was all about creating an unforgettable ‘money can’t buy’ experience that fans would love to win.

“I think the smile on Ross’ face really said it all and his story will sell plenty of tickets next year.

“We have to thank all the stakeholders for being involved and contributing to make the inaugural Ultimate Motorsport Prize an enormous success.

“We already have some fantastic plans in place for the raffle in 2022 and look forward to going to market early in the new year.”

The Peter Duncan Neurosciences Unit at St Vincent’s Hospital Sydney was established in 2012 and was made possible by Mr Peter Duncan AM Executive Chairman of Pirtek.