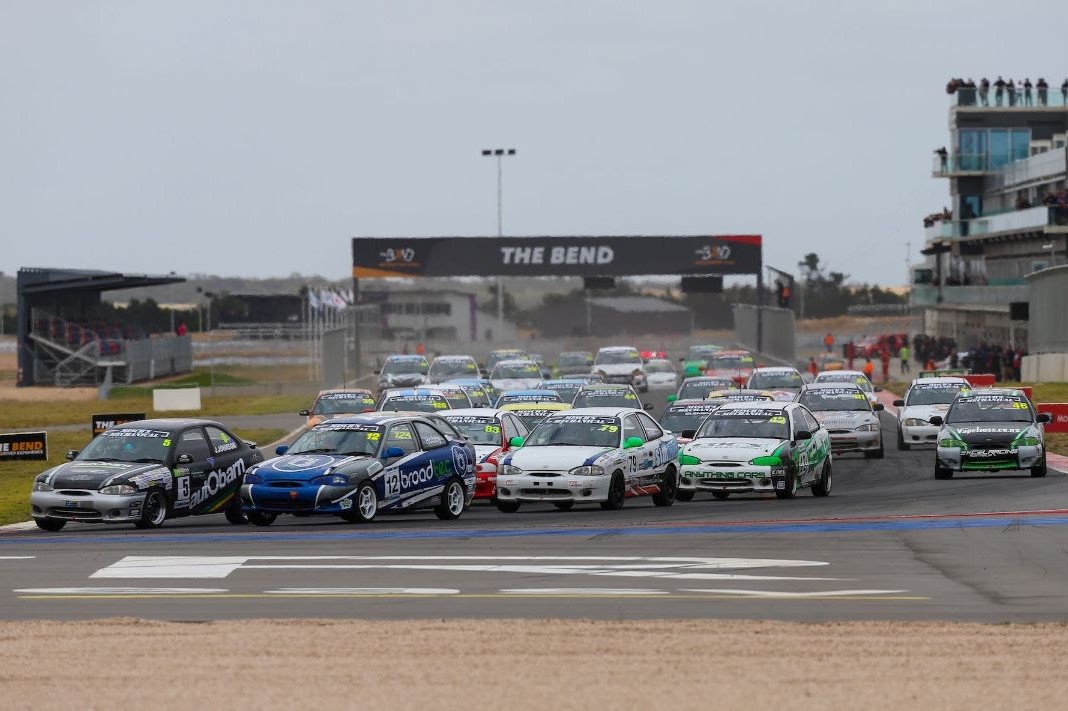 The decision follows the withdrawal of competitions such as Porsche Paynter Dixon Carrera Cup Australia and the MRF Tyres Australian Production Cars Series from the event, in response to new restrictions in South Australia.

The Motorsport Australia Festival will take on a similar format to that which ran at Sandown last December, with a single day of action this Saturday, December 11.

Categories on the bill include the South Australian-based Hyundai Excel Challenge and Sports Car Invitational, with the potential for more local series to be added.

The event will also feature the GT Festival, a display of GT cars from the 1950s to the present including a 1954 Jensen 541 and a 1972 Lamborghini Miura through to a 2021 Mercedes-AMG GT Black Series.

On the Sunday morning, The Bend will host a Coffee & Cruise for all-comers to dive around the 7.77km GT Circuit.

The changes to the event follow the South Australian government’s decision to impose a COVID-19 testing requirement on arrivals from New South Wales, Victoria, and the Australian Capital Territory, with isolation mandatory until a negative result is returned.

Motorsport Australia’s director of motorsport and commercial operations, Michael Smith, expressed his disappointment at the development.

“Unfortunately, many competitors and teams need to travel from interstate, particularly from NSW and Victoria,” he noted.

“Given the extended travel time required for testing and waiting on the results of those tests, it meant the event was not feasible in its original capacity.

“It’s not only disappointing for motorsport fans, teams and drivers, but also for the South Australian and Tailem Bend community, with the Shannons Motorsport Australia Championships always bringing many people into the regions they visit.

“Of course, I’d like to thank the team at The Bend Motorsport Park for their co-operation and support in planning this event over recent months, as well as their desire to hold the event despite it no longer being a national round.

“I’d also like to thank our loyal partners, most notably our naming rights partner Shannons Insurance, for their ongoing support through a difficult two years.

“We look forward to seeing some grassroots categories running under the Shannons banner and we’re also excited for what should be a big year in 2022 when there is some more stability around the nation.”

The Bend owner Sam Shahin had a similar take.

“We feel for the competitors and fans alike who were looking forward to the Shannons Motorsport Australia Championships,” he said.

“However, the reformatted event will be a fantastic way for car lovers and families to start the school holidays to enjoy the racing action and see some very rare machinery on display.

“We’re confident the Excels and Sports Cars running as part of the now Shannons Motorsport Australia Festival will provide quite the show for fans.”

Refunds to those fans who had already purchased tickets but can no longer attend will be available in coming days.

The 2022 Motorsport Australia Championships calendar will be released in the coming weeks.