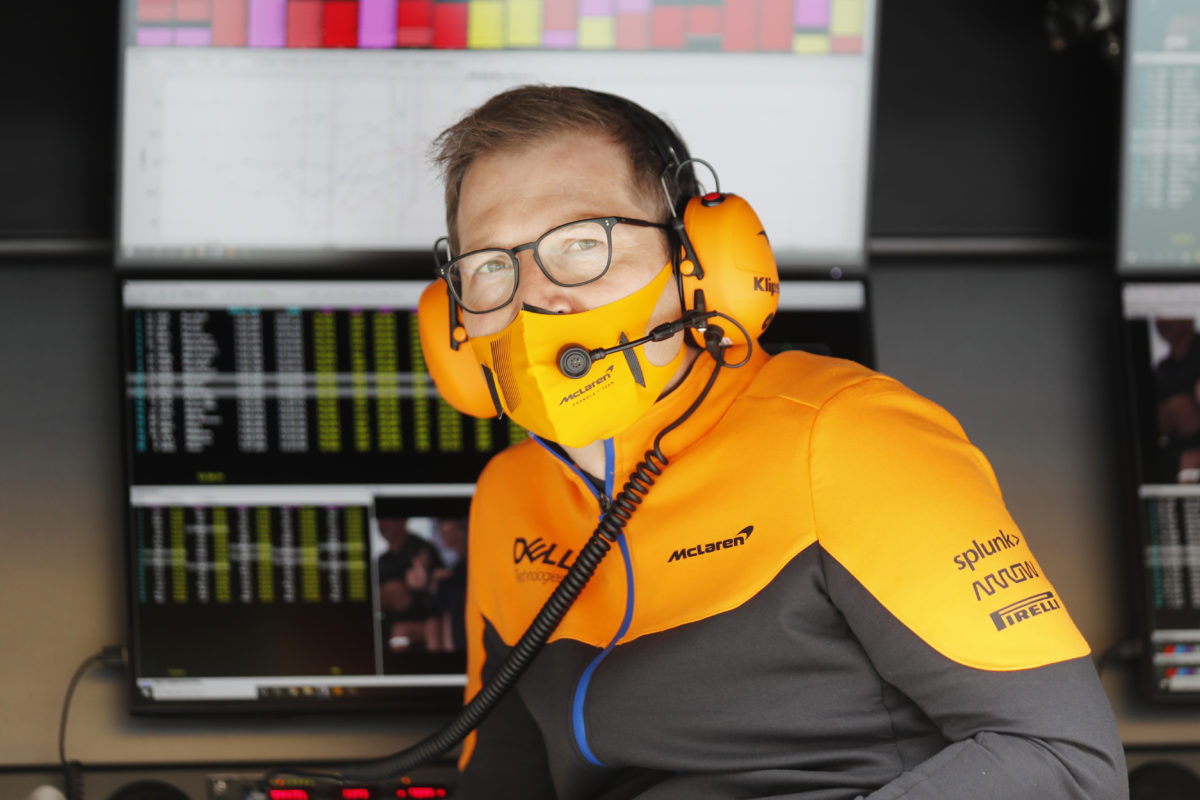 Andreas Seidl is not in favour of having the FIA race director’s radio being broadcast as part of Formula 1’s world feed.

Television audiences have long heard radio between driver and team, with selected messages played out after a slight delay.

This year, FIA race director Michael Masi’s voice has been added to the mix, with the Australian’s conversations with the teams on the pit wall a frequent feature.

While adding to the depth of the coverage, it’s also shone light on aspects of the sport which were previously not shared.

Nowhere was that more evident than during the Saudi Arabian Grand Prix, when communications between Jonathan Wheatley at Red Bull and Masi in race control were played to the global audience.

Specifically, their conversation related to an offer to reposition Max Verstappen from first to third at the race’s second restart following an incident at the first corner shortly prior to the stoppage.

Among the chaos that was ensuing, the offer was less than clear – suggesting Verstappen be moved to second.

However, Masi had meant to say third, behind Lewis Hamilton, given Esteban Ocon was second at the time.

It was an exchange that failed to paint the FIA race director in positive light and comes after similar messages at the Belgian Grand Prix earlier in the season.

“I think the only reason why it is a debate now is because it gets transmitted. Before, you didn’t hear that stuff,” argued Seidl when Speedcafe.com asked about the FIA radio broadcasts.

Seidl has previously voiced his support for Masi, praising his openness and communication, and the job he’s done since taking over following the untimely death of Charlie Whiting in 2019.

“To be honest, from my point of view, I was never a fan to broadcast this communication because there’s also things going back and forward regarding safety, et cetera, which I don’t think necessarily should always be broadcast.

“I don’t think that the communication principle has changed, I would say in terms of what’s going backwards and forwards it’s even more control than in the past because everyone knows it gets broke.”

“It felt like today the sport missed Charlie Whiting, I’m sorry to say, but the experience that he had,” he said.

“It’s obviously frustrating but yeah, it’s difficult for Michael [Masi] and the stewards, particularly at this type of venue, type of circuit, with the amount of debris and types of corner there are, but it’s the same for everybody.

“I think it was a tough race for them to manage today,” he added.

“Some of the process obviously was difficult to keep track of, so I think there are many lessons out of that race that will be discussed at length over the coming weeks.”

Formula 1 ends its 2021 season this weekend with the Abu Dhabi Grand Prix, Free Practice 1 for which begins at 20:30 AEDT on Friday.