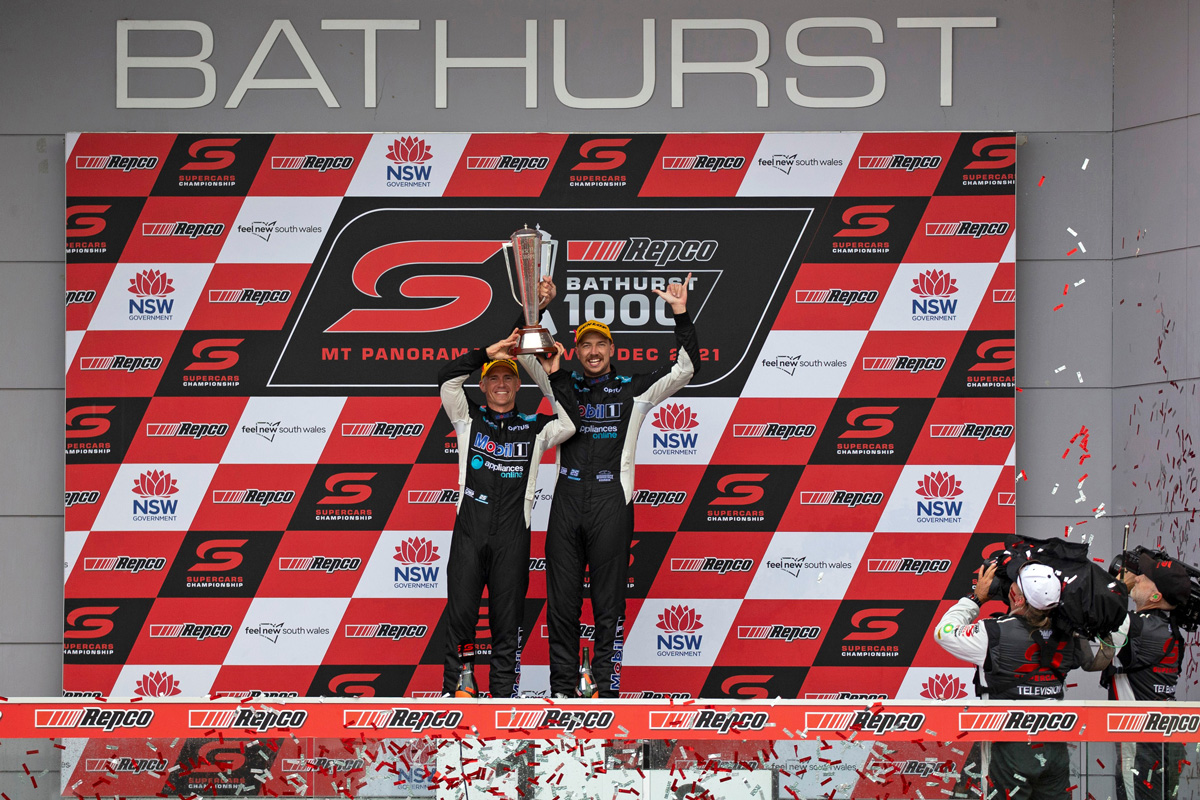 The suit worn by Lee Holdsworth in Sunday’s Repco Bathurst 1000 is expected to skyrocket in value after being worn on the top step of the podium.

Holdsworth and Walkinshaw Andretti United were an early supporter of the Motor Racing Ministries Super Auction presented by Lloyds Auctions with the donation of the suit.

Holdsworth and Chaz Mostert produced one of the most dominant performances seen at Mount Panorama for many years to win the race from pole position.

The suit, which will be signed by both Holdsworth and Mostert, has jumped more than $A1000 since Sunday and is currently sitting on a bid of $A2500 with the auction set to close at 7pm on Tuesday, December 14.

“I guess if we were going to add any more value to the suit, then winning the race was the way to do it,” said Holdsworth.

“Obviously winning the Bathurst 1000 is the highlight of my career and a nice bonus for Motor Racing Ministries is the fact my suit is worth plenty more.

WAU team principal Bruce Stewart said the increase in value of the Holdsworth suit was a great byproduct of Sunday’s impressive victory.

“We never hesitated to be involved in this auction which is a great tribute to Garry Coleman and the work of Motor Racing Ministries,” said Stewart.

“Winning the race was always going to add terrific value to the suit and the boys got it done.

“We look forward to keeping an eye on the Lloyds Auctions site over the next week and seeing how much it actually raises.”

Coleman, who officiated at his last Supercars event on Sunday, was the founder of Motor Racing Ministries and will continue as chaplain at Sydney Motorsport Park and the Sydney Speedway and as the charity’s national coordinator.

The current total for listed items is in excess of $A21,000 with a flurry of bidding expected during the final week.

There will also be other items added in the coming days with the variety of items providing everyone with the opportunity to be involved.