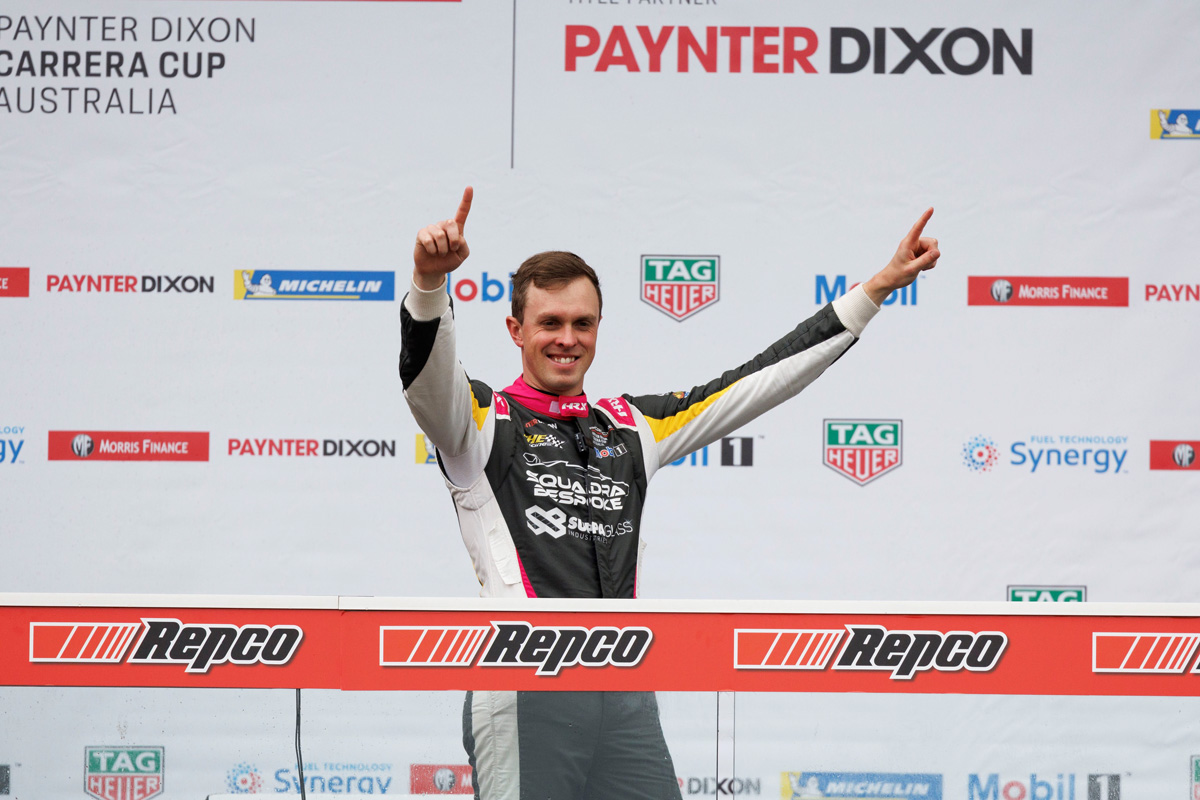 Cameron Hill has cherished a tremendous season in which he joined the Porsche Paynter Dixon Carrera Cup Australia title winners’ club and secured a shift to the Triple Eight Race Engineering juggernaut.

Hill’s campaign had been years in the making, going on an impressive run of top five finishes in the back half of his 2018 rookie season.

This year he proved unstoppable, winning six straight races to open up an advantage he would never cede.

In fact, his only finish outside the top four came in the final race of the season, where he’d run third until suffering a delaminated tyre mid-race.

Even then, he still finished more than 100 points clear of nearest rival Cooper Murray.

“It hasn’t sunk in yet, this has been a four-year journey that started back in 2018 and it’s a bit surreal at the moment,” said Hill.

“We’ve prided ourselves on our consistency this year, and I believe that was the key to our championship.

“We started off strong and we didn’t ever slow down.”

The Canberran had plenty of people in his corner that he reserved praise for, as he joins the likes of Jim Richards, Alex Davison, Fabian Coulthard, Craig Baird, David Reynolds, Steven Richards, Matt Campbell and Jaxon Evans as Porsche Carrera Cup Australia title winners.

“I have such an amazing team behind me and so many people to thank,” Hill said.

“A huge mention has to go to my engineer Dejan Ninic. We have worked very closely together over the past three years to develop a winning package, and his guidance really helped me maximise my driving.

“I also need to thank Mum and Dad who poured so much of their blood, sweat and tears into this, along with our performance manager Ben Gathercole, whose mentorship and work behind the scenes turned us into a winning team.

“Also, a massive thank you to all of our awesome mechanics who joined us for the ride and of course my partner Emily for supporting me all the way.

“To do this with our own little family team is just amazing. We’re a single car operation, we’ve had to do it all ourselves and work it out as we go. On that note, we also have to thank GWR Australia who we have shared a technical alliance with. They were a big part of helping our team reach the next level.

“It’s surreal to finish my time in Carrera Cup by winning the title.”

The Brisbane powerhouse on Saturday clinched the 2021 Super2 title courtesy of Broc Feeney, who Hill will effectively replace next year.