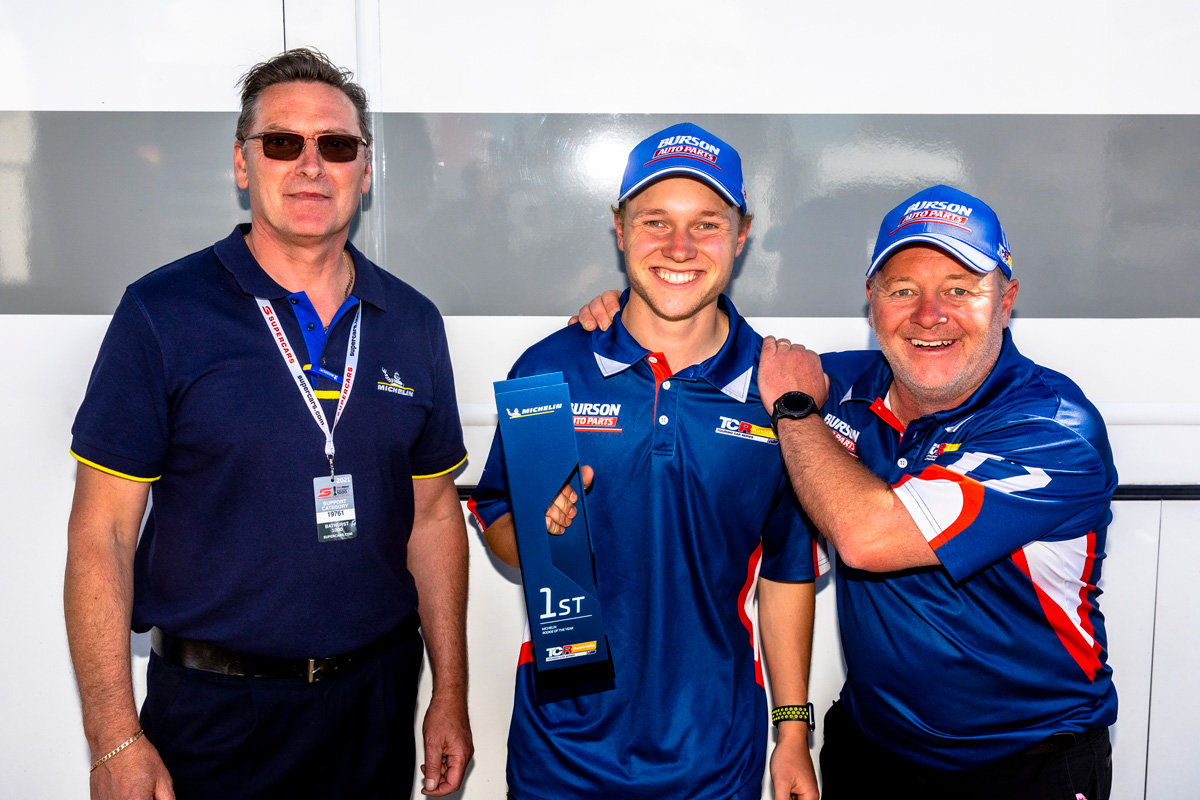 Ben Bargwanna has been crowned Supercheap Auto TCR Australia’s Michelin Rookie of the Year off the back of a breakout weekend at Mount Panorama.

Bargwanna was the pace-setter at the TCR Bathurst 400, being the series’ only driver to dip into the 2:14s – and doing so twice to top each segment of qualifying last Wednesday.

The 20-year-old converted pole position into his maiden podium finish in Race 1, although things would go downhill from there.

Nevertheless, Bargwanna would hang on for 10th in the final standings to secure rookie honours, which comes with $5000 credit to be used on any future Australian Racing Group entry or event.

“That pole position at the start of the weekend was awesome,” said Bargwanna.

“To come out in the first race and have a hard battle with Aaron [Cameron], and just miss out on the win was cool.

“The car felt good and I guess it was a bit of a breakout race meeting for me, but I just had a lot of confidence in what the team gave me, plus I was working really well with my engineer and mechanic.

“It was just a good weekend all round.”

Bargwanna was one of three regular Peugeot drivers in the field, the others being his father Jason, who won the 2000 Bathurst 1000 with Garth Tander, and Cameron.

With progress made across the season, Bargwanna Jr is planning to return to the hot-hatch category in 2022.

“Nothing’s locked in yet, but it’d be good to be back in this series to give it a red hot crack at it fighting with the top guys for podiums and wins,” Bargwanna stated.

“We’ll have to wait for what next year brings.”