Verstappen at risk of exclusion from Saudi Arabian GP

Verstappen at risk of exclusion from Saudi Arabian GP 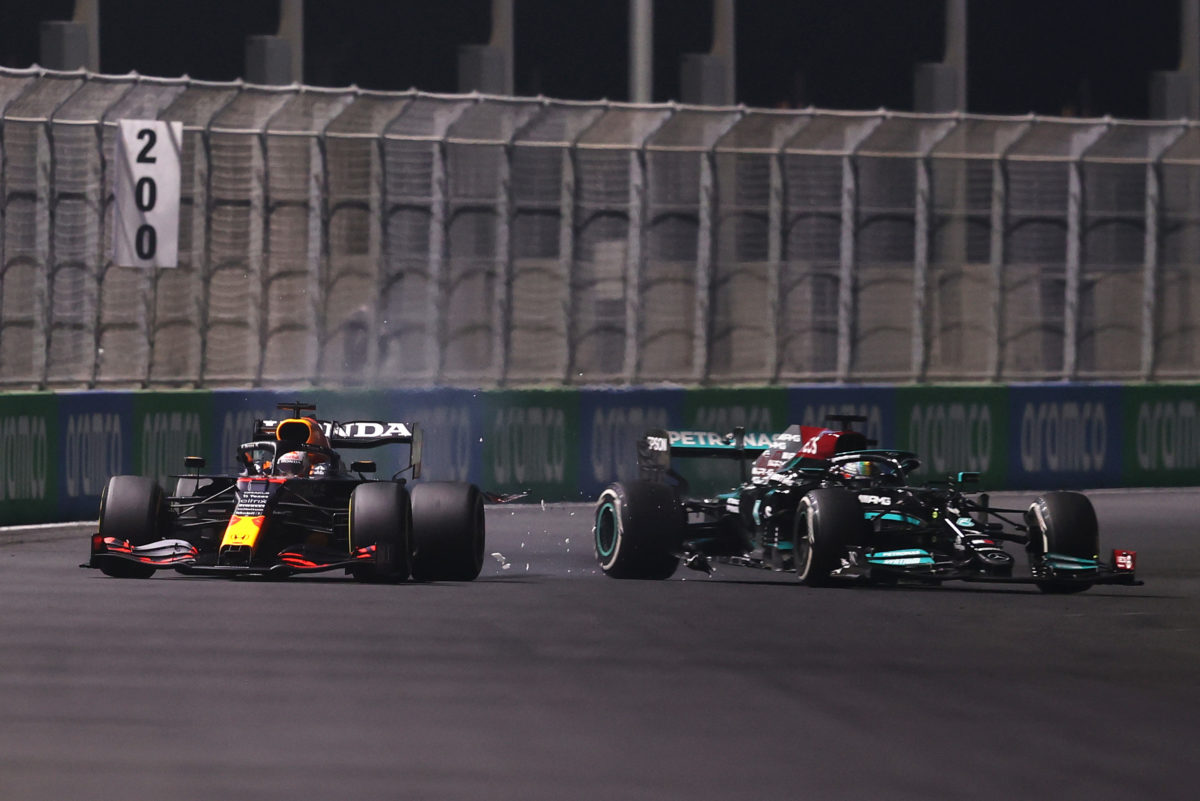 The Turn 27 incident in question

Max Verstappen could be excluded from the Formula 1 Saudi Arabian Grand Prix after being summoned to the stewards post-race.

The Dutchman finished second to Lewis Hamilton in a bruising encounter that leaves the pair level on points heading into next weekend’s season finale.

During the race the pair scrapped on multiple occasions, the most noteworthy coming as they started Lap 37.

Hamilton had used DRS to draw alongside, only for the Red Bull driver to go deep, his car sliding and seeing him leave the road as he gathered it up.

It was an incident for which he would be handed a five-second time penalty for gaining a lasting advantage, but there was more to come.

Soon after, Verstappen slowed on approach to the final corner in an effort to let Hamilton through into the lead following a message from the team.

However, the pair made contact, damaging the front wing of the Mercedes while the Red Bull scampered clear.

The exchange caught the eyes of officials amid accusations from Hamilton that he’d been brake tested.

Following the race, the 24-year-old was summoned for a breach of the International Sporting Code, specifically Article 2 (d) Chapter IV Appendix L.

That article states: “Causing a collision, repetition of serious mistakes or the appearance of a lack of control over the car (such as leaving the track) will be reported to the Stewards and may entail the imposition of penalties up to and including the disqualification of any driver concerned.”

“I slowed down. I wanted to let him by,” Verstappen explained post-race.

“I’m on the right, but he didn’t want to overtake and then we touched.

“I don’t really understand what happened there.”

Investigating the incident, stewards have the power to exclude Verstappen from the race.

Should they do so, it would leave Hamilton an 18 point advantage heading into the Abu Dhabi Grand Prix.

The hearing, to which Hamilton has also been summoned for the same reason, takes place at 23:40 local time (07:40 AEDT).