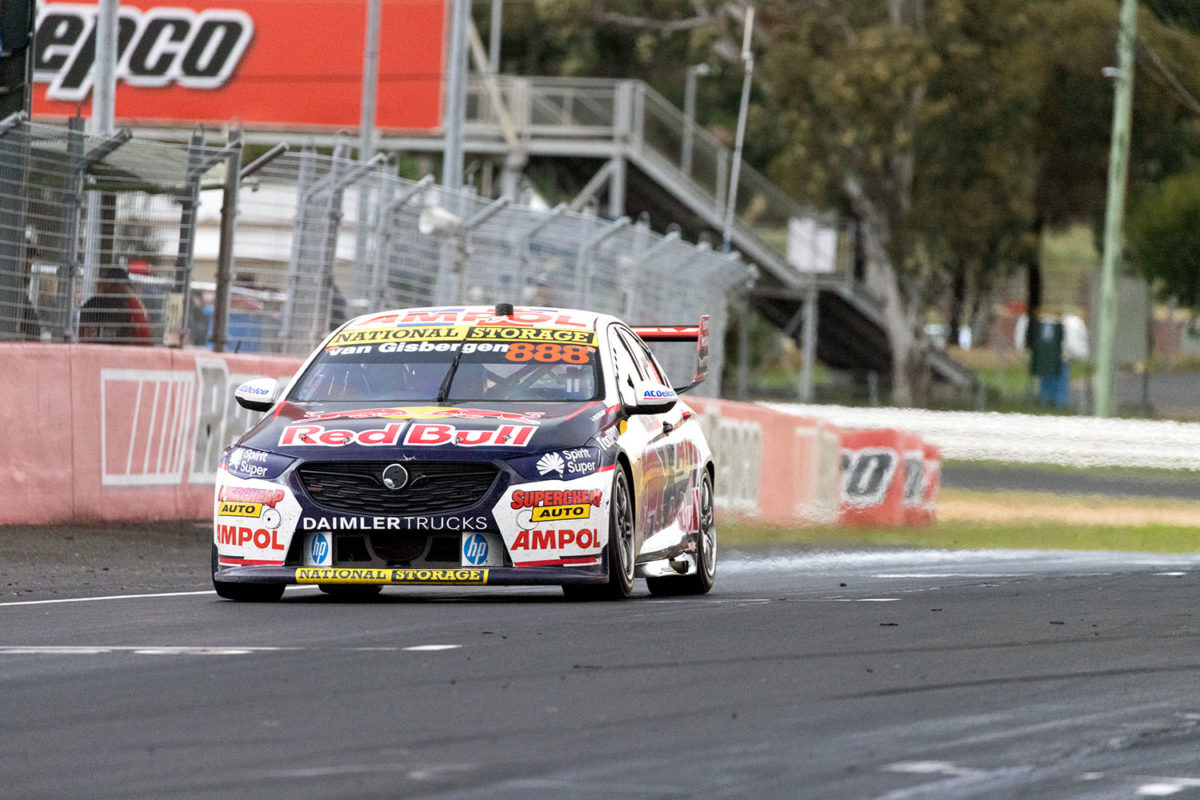 Shane van Gisbergen is pleased he pushed to try and win the Repco Bathurst 1000 even if he believes it led to the tyre delamination which dumped him to 18th.

The Red Bull Ampol Racing driver sat second to eventual winner Chaz Mostert when the race restarted with 16 laps to go in what had become a sprint to the finish at Mount Panorama.

Once the first lap after the Safety Car was done, van Gisbergen punched out five straight laps in the ‘fives’, including his very fastest of 2:05.3553s on the 148th of the race.

Problematically for the man who wrapped up the 2021 Supercars Championship a fortnight earlier, Mostert was able to go even quicker, and the gap between the two grew from 0.4s at the restart to 2.6s after just six laps.

Both then drifted into the ‘sixes’ before van Gisbergen slowed and ultimately had to pit on Lap 155 due to the damaged right-front hoop.

He would admit post-race to selected media including Speedcafe.com that, “I probably pushed too hard on the last stint, and that was our undoing with the tyre.”

However, asked if he was satisfied to at least have thrown everything at his attempt to go back-to-back in the Great Race, van Gisbergen said, “I wasn’t settling for second; I had nothing to lose in that race.

“I didn’t have the fastest car but I knew that Chaz had tyre trouble early, so if I could put him under pressure, maybe he could have it again.

“But, I could see he wasn’t using the kerbs and he was just cruising, but pushing, so I gave it everything but my car wasn’t quite good enough.”

For much of the afternoon, the race had been led by either Mostert/Lee Holdsworth in the #25 Walkinshaw Andretti United entry, van Gisbergen/Garth Tander, or Tickford Racing’s Cameron Waters/James Moffat.

Mostert was more than 12 seconds to the good when a left-rear tyre failure on Lap 49 dropped him to 12th and gave WAU work to do.

That, and the timing of Safety Cars also created a level of uncertainty when it appeared that #888 had better fuel economy than the Mobil 1 Appliances Online machine.

However, once it was a straight fight between #25 and #888, van Gisbergen was always going to face a tough task.

“They were a lot faster than us all day,” he conceded.

“When it was a fuel race, I thought we were competitive, our economy was quite good, and we were able to extend our stints quite well with the fuel-saving.

“But, as soon as it was a flat-out race, they were too fast and watching Chaz, obviously his car was good, but he was driving very well and making no errors.”

Jamie Whincup and Craig Lowndes ended up fourth in the other Red Bull Ampol Racing entry, ensuring the former finished second in the drivers’ championship in his final season as a full-time driver.

In Triple Eight Race Engineering’s wildcard entry, Broc Feeney was ninth when he crashed the Supercheap Auto ZB Commodore which he shared with Russell Ingall with less than 19 laps to go.