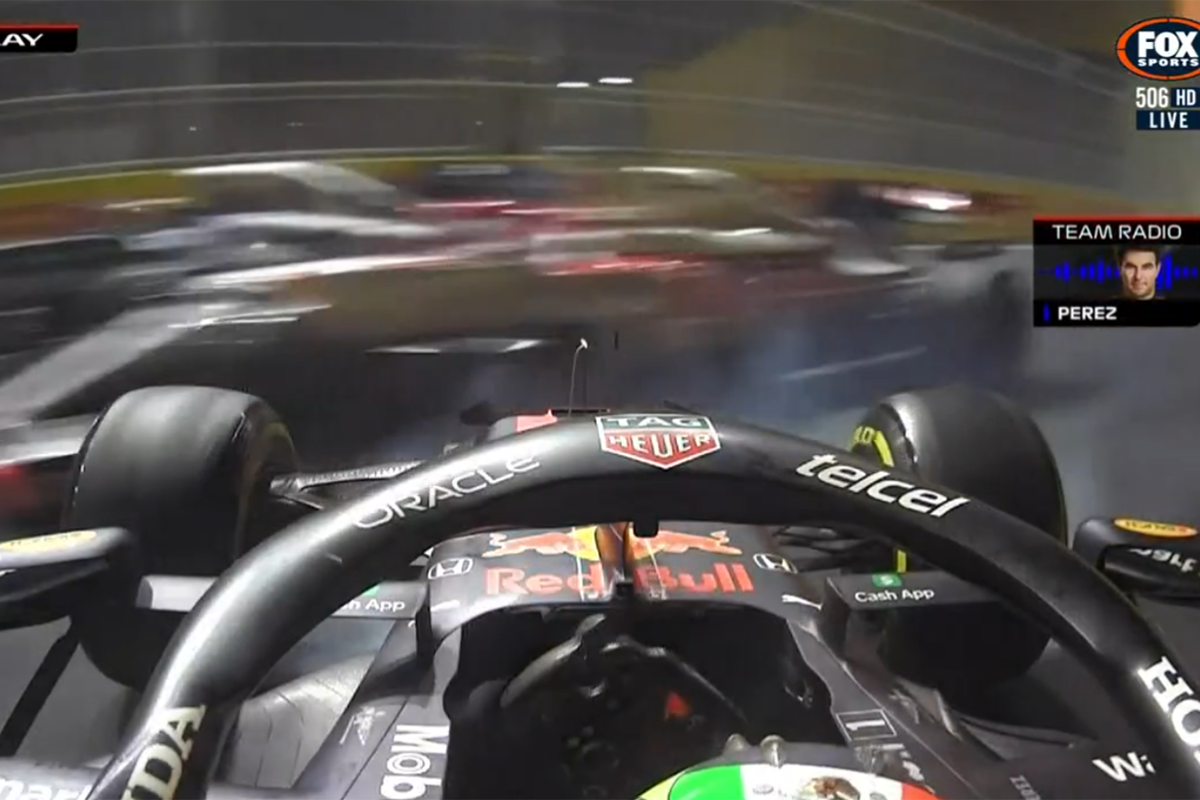 A second red flag at the Formula 1 Saudi Arabian Grand Prix has quickly followed after a Lap 14 restart from an earlier stoppage.

The field took a standing restart after repairs to the circuit were made when Mick Schumacher crashed at Turn 23.

At the second restart, Sergio Perez found himself pinched in the centre of the track and thrown into the barrier.

It triggered the field to back up, leaving Nikita Mazepin nowhere to go as he ploughed into the rear of George Russell’s Williams.

That followed high drama at the front, with Lewis Hamilton and Max Verstappen going wheel to wheel into the opening corner.

The Mercedes driver had the inside line, and was ahead, only for the championship leader to storm around the outside, running off the track and bouncing over the kerb as he rejoined ahead of Hamilton.

In the melee, Esteban Ocon moved ahead to slot into second behind the Red Bull shortly before the red flag for the Perez incident was shown.

During the stoppage, Red Bull was offered, and accepted, to move Verstappen back behind Hamilton, with Ocon to take the restart from pole.