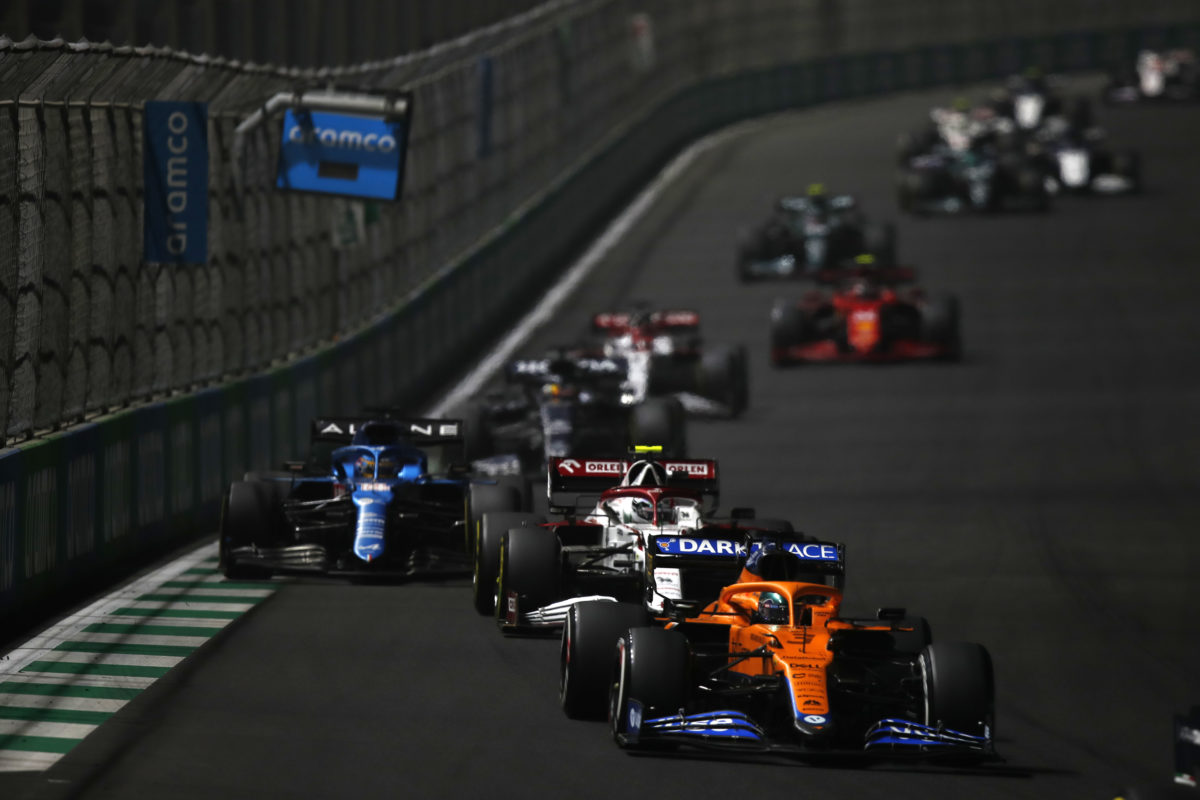 Fifth place for Daniel Ricciardo in the Formula 1 Saudi Arabian Grand Prix left both the Australian and team boss Andreas Seidl happy with the result.

Ricciardo scored his first points since the United States Grand Prix after battling with Valtteri Bottas during the interrupted 50-lap affair.

“That felt like the longest race ever,” the Italian GP winner said.

“The race start was so late, so it already felt like a long day, and then with all the restarts it felt even longer.

“The starts were good, I always made up positions until the last one where I stayed fourth.

“I used the hard tyre for the race start, so we couldn’t really use it for the restart and were forced to go on the medium, and I think the hard was the better tyre.

“So, I couldn’t quite get Esteban [Ocon], and I tried to hold off Valtteri [Bottas] as long as I could.

“I was surprised how long I held him off, but I think once he let his tyres reset, it was quite hard to keep him behind,” he added.

“I defended him one lap, re-passed him and then he got me.

“I struggled a bit at the end with the tyres, so I’m happy to have held on to a top five.”

While Ricciardo was strategically compromised by the red flag, shown when Mick Schumacher crashed at Turn 23 on Lap 8, team-mate Norris’ race was effectively ruined.

The Brit pitted initially under the Safety Car, dropping from sixth to 14th only for the red flag (the first of two) to be shown on Lap 13, trapping him down the order.

“Unfortunately with the red flag and with the red flag rule how it is at the moment with being allowed to change tyres there, obviously his race was screwed,” Seidl said when asked about Norris’ race by Speedcafe.com.

“He couldn’t do more than getting back to P10. Very unfortunate for him.”

With Ricciardo fifth and Norris 10th, McLaren banked a total of 11 points, it’s best haul since the United States Grand Prix and comes off the back of a run through the triple-header of Sao Paulo, Mexico City, and Qatar that netted just four points in total.

“Overall I’m very happy with the outcome of this one because after the three difficult weekends we had, it was simply important to have a good result again for the for the team,” Seidl noted.

“And seeing also today we had a competitive car here, Daniel obviously was able to show that.”

McLaren remains fourth in the constructors’ championship, 38.5 points in arrears of Ferrari with a maximum of 44 on the table at the season finale in Abu Dhabi this weekend.

Opening practice at the Yas Marina circuit begins at 20:30 AEDT on Friday.