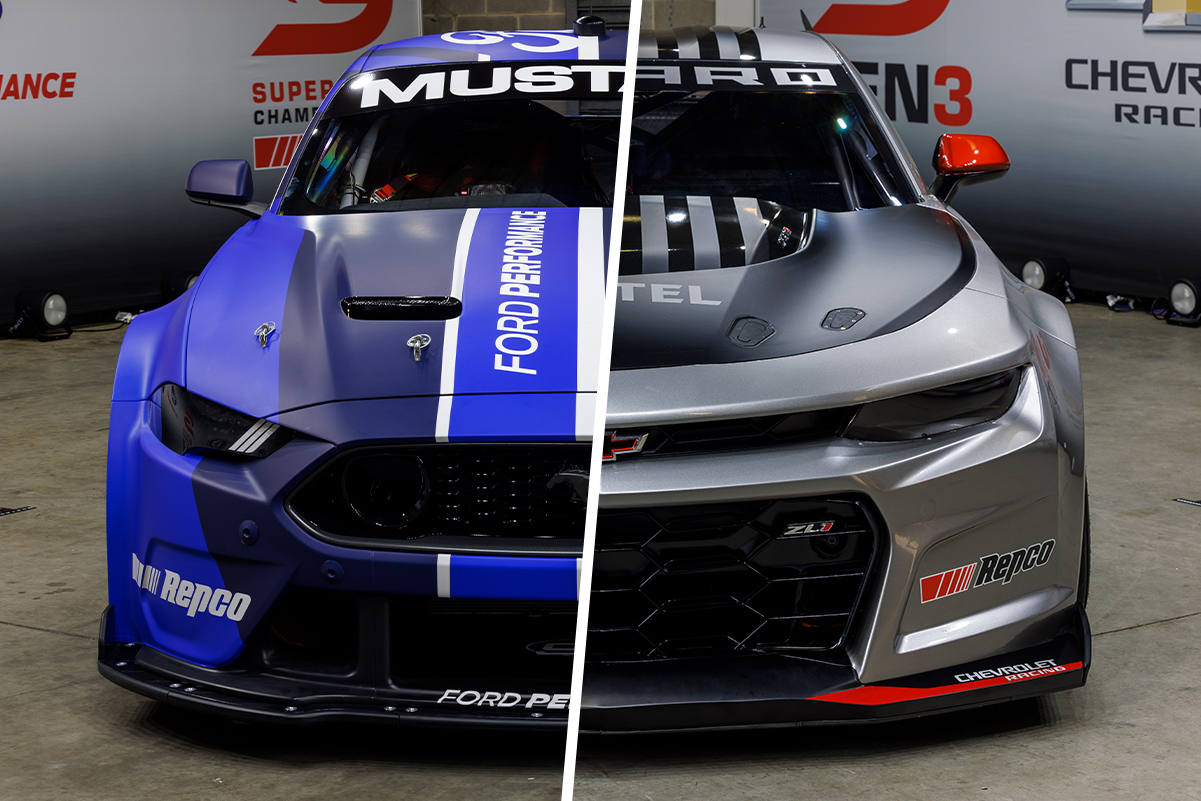 Supercars’ long-awaited reveal of Gen3 gave fans their first glimpse of the category’s future. In this week’s Pirtek Poll we want to know if you think they’ve got it right.

Aesthetically, the Gen3 race cars are a departure from the incumbent Gen2 machinery.

The new-look Ford Mustang and Chevrolet Camaro draw a strikingly similar resemblance to their road-going counterparts.

There are, of course, some differences between the cars. The fascia of the Camaro is almost identical to the road car with allowances for the addition of a splitter.

Cleverly integrated brake ducts into the grille mean the fascia is unmistakably Camaro.

To an extent, the Mustang sacrifices some of its design cues from the road car with a front splitter that looks more like the Gen2 cars with squarer intakes.

On the whole, the look of the Gen3 cars is undoubtedly a step up on Gen2 with aggressive styling and attitude to boot.

Without a doubt, the noise of the new cars is distinctly V8.

A welcome change is that the different engines do produce a different noise.

Drivers gave a glowing reception of the new-for-2023 touring cars, Anton De Pasquale and Mark Winterbottom both lauding the feel.

There is still contention around the use of paddle shift and auto blip, and by all accounts, the latter is a given.

A decision on that is expected in the coming weeks.

By and large, it was a positive launch of the next-gen touring cars, barring the blow-up from Supercars CEO Sean Seamer who didn’t take kindly to questioning surrounding paddle shift.

In this week’s Pirtek Poll we want to know if you think Supercars has got Gen3 right. Cast your vote below.