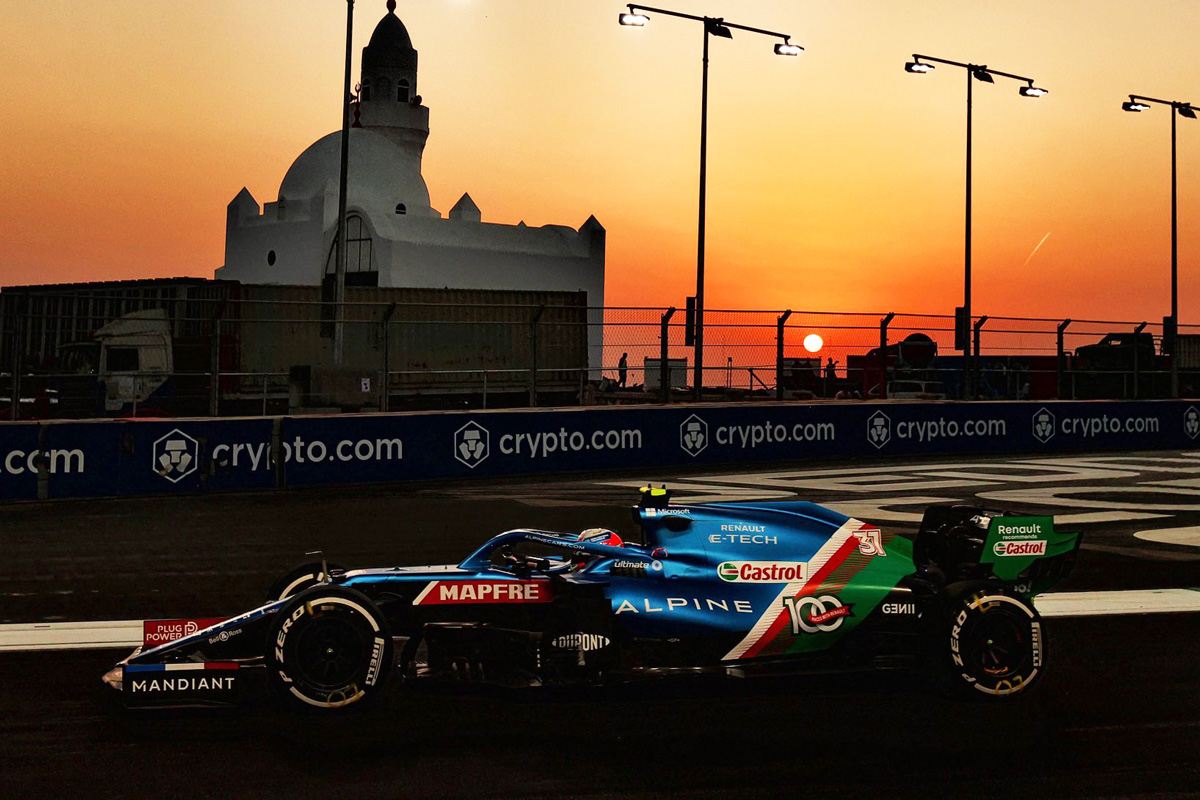 Esteban Ocon has conceded his podium near-miss in the inaugural Formula 1 Saudi Arabian Grand Prix comes with a tinge of disappointment.

Ocon was one of the stars of the race, holding third until being outdragged by Mercedes’ Valtteri Bottas at the last possible moment – 0.102s the ultimate difference between the duo.

“I gave it my all today,” said the Frenchman.

“The competitor inside of me is disappointed to miss out on the podium by such a short distance, but I’m very proud of the whole team today.

“What we achieved is outstanding and to take fourth place and add 12 more points in the bag in the championship is what counts.

“We took the right decisions in the race; we did everything we could on track and on strategy at the right moments, which put us in the best possible position to take big points.

“It was quite fun to start on pole position too – I’ve not done that since 2015 in GP3 – but I knew my race was not with Lewis [Hamilton] and Max [Verstappen] in front.

“That said, the opportunity was there today and we can leave here with our heads high and feeling very proud. We move onto Abu Dhabi ready to finish the season on a high and take any opportunity that might come up.”

Fourth represents Ocon’s best result this year besides his shock victory in Hungary, and has gone a long way towards Alpine finishing fifth in the 2021 constructors’ championship.

Alpine is now 29 points clear of AlphaTauri with just the season-ending Abu Dhabi Grand Prix remaining, where no more than 44 points are available between a team’s two cars.

To run down that margin, AlphaTauri will have to score points with both its cars, with at least one on the podium – while hoping Alpine has a shocker.

While it was a good day for Ocon, who drove “exceptionally well” according to Alpine executive director Marcin Budkowski, it was a tougher day for team-mate Fernando Alonso.

The two-time world champion started and finished the race in 13th.

“It was a crazy race tonight. I think when the first red flag was waved the race was over for us,” said Alonso.

“We opted to stop and were in a very good position, and realistically we could have been fifth or sixth had it all fallen into place. They stopped the race and we were very unlucky there.

“Every time there seems to be a red flag or a situation like that we are on the wrong side of things.

“I think it was a bit dangerous racing amongst all the debris today and to not have a full Safety Car. Nothing happened in the end which was good.

“We scored good points with Esteban today, but we need to make sure our pace is back for Abu Dhabi and we end the season on a positive.”

Alonso and Ocon will return for Alpine in 2022, when Australian ace Oscar Piastri is elevated to the role of reserve driver for the team, replacing Daniil Kvyat.