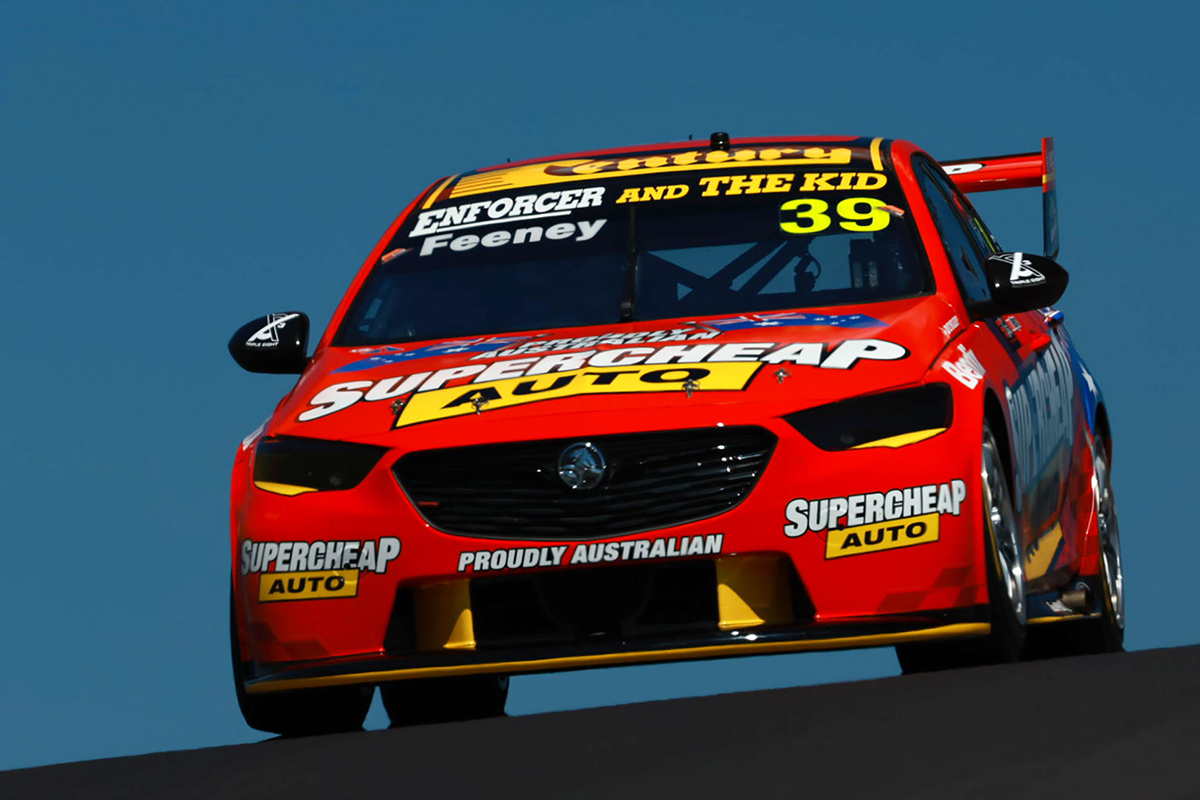 Russell Ingall says he and Broc Feeney can hold their heads high despite failing to finish this year’s Great Race.

Ingall and Feeney were the quiet achievers of the day heading into the home stretch of the Repco Bathurst 1000.

Despite going a lap down and receiving a drive-through penalty for a Safety Car restart procedure infringement, the pair went into the closing stages perched inside the top 10.

However, their day would come to an end just 18 laps shy of the chequered flag when Feeney made a mistake at the wheel of the #39 Holden ZB Commodore.

Feeney got slightly off-line and into the marbles at Sulman Park, resulting in understeer and a hard lick of the outside wall.

His day would end parked in the gravel trap at McPhillamy Park.

Ingall though lofted praise on Feeney, who only a day earlier secured the Dunlop Super2 Series title for Triple Eight Race Engineering.

“We gave it a red hot crack,” said Ingall.

“Bathurst is known for its highs and its lows, and we experienced both of those this weekend.

“We certainly didn’t disgrace ourselves and we opened a few eyes out there on the track.

“Broc did a stunning job. We were running inside the top 10. I’d rather have gone out going for the win rather than just sitting there for an average result.

“Thanks to everyone, the supporters, the Supercheap Auto family. We gave it a bloody good go and we have appreciated all the support.”

It was a bittersweet end to a fruitful weekend for Feeney.

“It was a pretty crazy day for us,” said the 19-year-old, who was ninth at the time of the incident.

“At one stage we were a lap down, we got a pit lane penalty and then to be running in ninth with 20 laps to go, I unfortunately made an error and got caught out a little wide up the top of the hill.

“That was all she wrote for this year.

“The team did a fantastic job. We were quick in that race. On a green tyre we had some really good pace.

“For me, racing someone like Jamie Whincup and all those other guys was a pretty cool experience.

“I’m devastated I made that mistake because everyone has put in such a big effort this past six months for this Supercheap Auto programme.

“A massive thanks to Supercheap Auto, the Triple Eight Race Engineering team and everyone who came along for the ride.”

Feeney is now just a matter of months away from joining the fold at Triple Eight Race Engineering full-time where he’ll race alongside Shane van Gisbergen in the 2022 Supercars Championship.