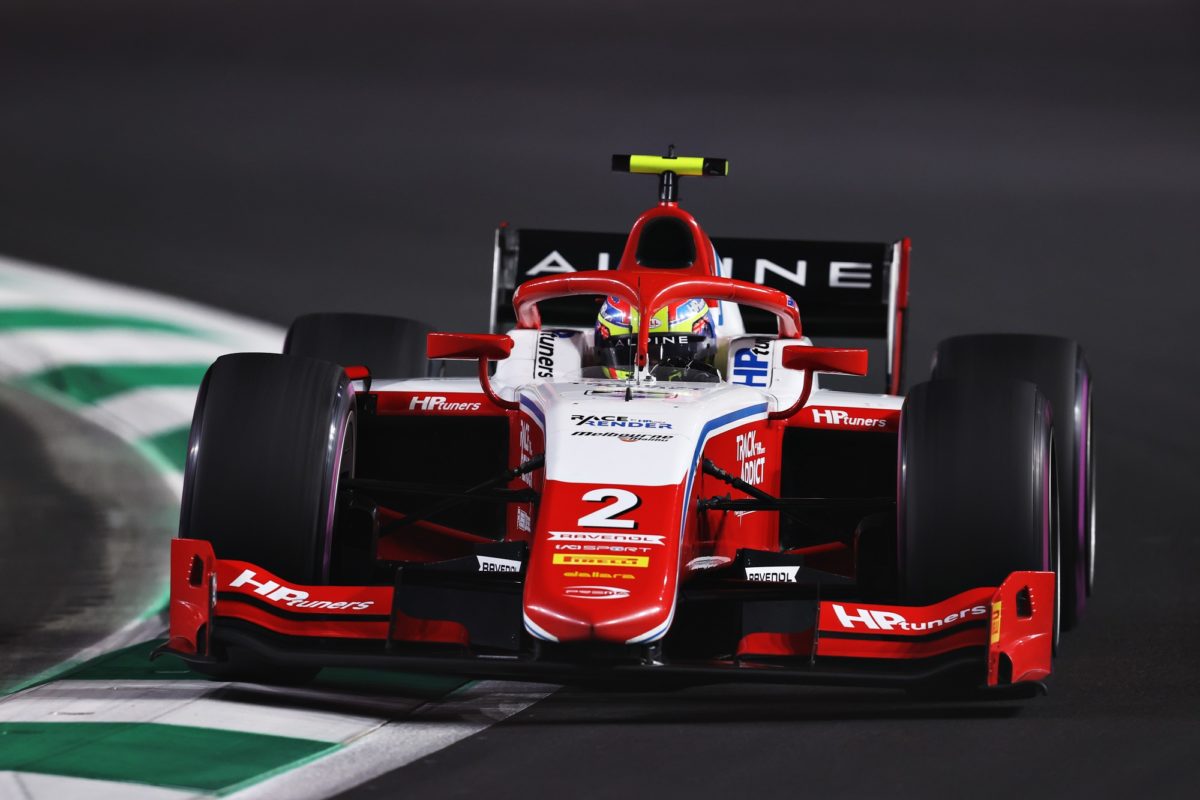 Oscar Piastri is on the brink of sealing the FIA Formula 2 Championship following a bizarre Feature race in Saudi Arabia.

A total of just six racing laps took place after the encounter was first delayed as repairs were carried out on the track, and then twice red flagged.

The first stoppage was for a heavy start line shunt between Theo Pourchaire and Enzo Fittipaldi when the former stalled on the grid.

The pair were treated on the scene before being transported to a nearby hospital.

“The drivers were immediately attended to by emergency and medical crews,” a statement from the FIA confirmed.

“The drivers were conscious and extricated by the attending medical crews.

“Both have been transferred by ambulance and helicopter to King Fahad Armed Forces Hospital, Jeddah.”

A lengthy delay and clean up followed before Piastri led the field to a rolling restart for what had been trimmed from a 60-minute race to just 20.

However, a crash for Oli Caldwell and Guilherme Samaia crashed shortly after the pit window opened triggering another stoppage from which the race was not resumed.

It left Piastri as race winner from team-mate and title rival Shwartzman, with Robert Boschung in third.

With half points awarded, Piastri’s tally now stands at 213.5 over Shwartzman on 162.

Though a maximum of 65 points remain on the table, Shwarztman would need to win both Sprint races, and the Feature race in Abu Dhabi to overhaul the Australian.

It leaves Piastri will what is an almost unassailable lead heading into the final round, though he’s taking nothing for granted.

“It’s not done until it’s mathematically impossible,” the points leader said when asked by Speedcafe.com if he felt if the title battle was basically over.

“Obviously the points gap is big now and that was exactly the plan going into this weekend.

“But I still need to make sure it’s done first and then and then I’ll hopefully celebrate it.”

The final round of the FIA Formula 2 Championship supports the Formula 1 Abu Dhabi Grand Prix next weekend.