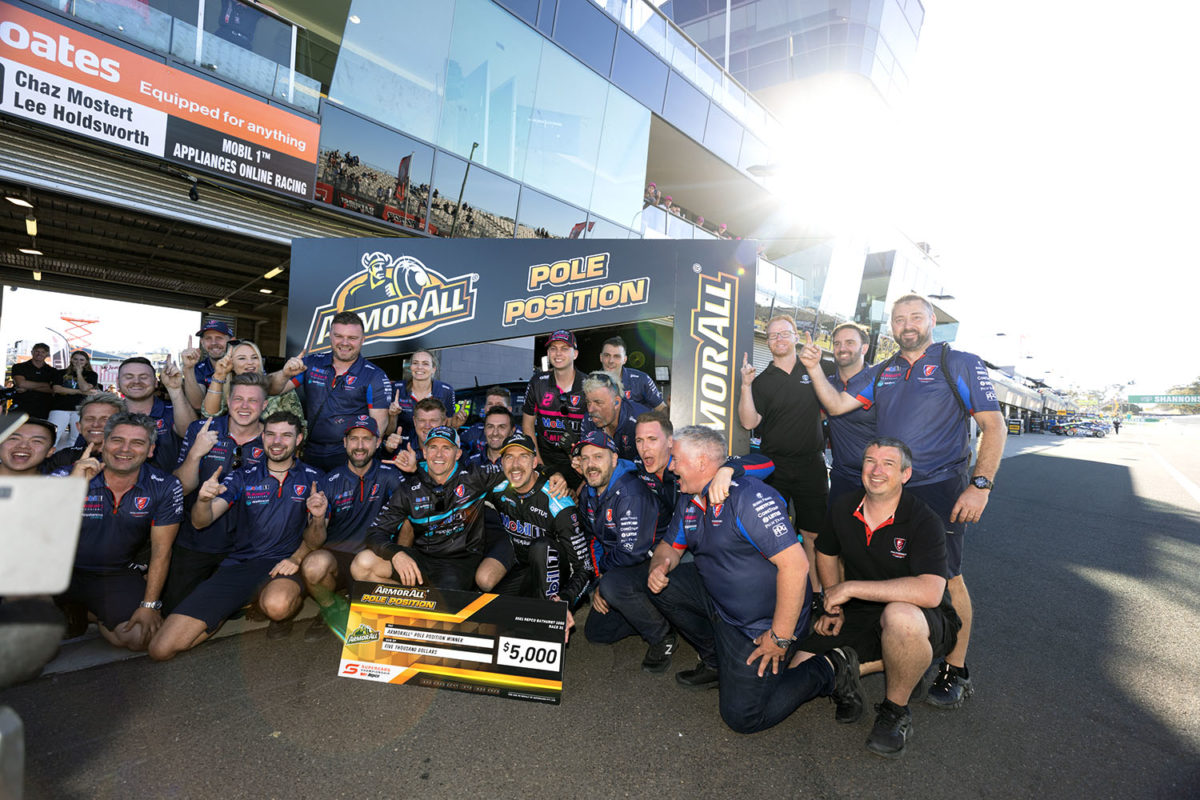 He and/or co-driver Lee Holdsworth have finished every session so far this weekend in the top three, meaning the pole position could hardly be considered a major surprise, even if the time itself and the almost 0.3s margin over the field might have been.

However, team principal Bruce Stewart is acutely aware that the job is not done yet.

“You do a lot of preparation and planning before a weekend like this, and you do it from a long, long way out,” he told Speedcafe.com.

“But equally, we’re not kidding ourselves that this is the highlight.

Even so, there were rapturous celebrations over the Top 10 Shootout performance.

“I’d love to say that we’re focused and eyes on the race, but personality and allowing our people to enjoy the moment is a really key thing for our team, so it’s epic,” remarked Stewart.

Despite the track seeming slower than in Qualifying at the start of the shootout, Tickford Racing’s Cameron Waters held top spot with a time which was already two tenths faster than Will Brown had gone in grabbing provisional pole.

Mostert followed Waters onto the race track, and beat his former team-mate’s effort by another three tenths, although Stewart was keen to heap praise on those back at base as well as the man in the car. 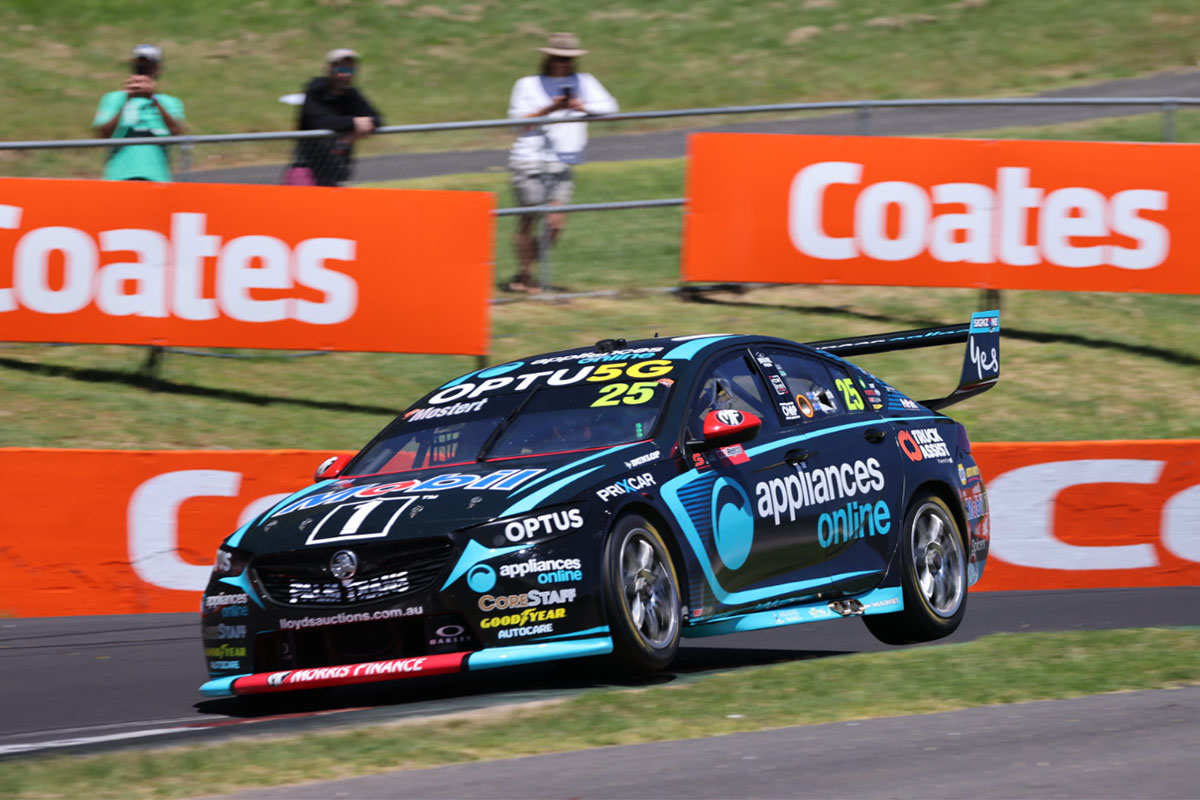 “It was sensational to watch – he was fully committed – and I’m super-rapt and excited for my team,” he said.

“This is a team sport and everyone, both here and back in Clayton, have contributed to that lap, and it’s really cool to see it come together in a moment of time.”

‘Hollywood’ lap times notwithstanding, Car #25 has looked good for race pace as well, although there are no bold predictions coming from the WAU camp.

“Certainly, everyone works on different things, and you use the practice sessions to prepare your car.

“It seems to be quite a well-balanced and reasonably adaptable car, but we’ll see [today].

“It’s the Bathurst 1000, it’s the greatest race in Australia and arguably the world.

“So, let’s just wait to see what comes out of the package, and see if we can be competitive and take it at the front, and hopefully you’re in it with the last hour to go.”

Pointing to the likelihood of good long run pace is Holdsworth’s showing in Practice 5, the latter of two sessions designated to the co-drivers.

In a total of 15 complete laps in that session, last year’s provisional pole-sitter was in the 2:05s six times and the 2:06s another eight times, with just his first lap in the 2:07s.

“He certainly is a very talented driver, as we all know, but equally, he seems to still have that spark that A-grade main drivers have.”

Before then, the Warm Up takes place at 09:10 local time/AEDT.