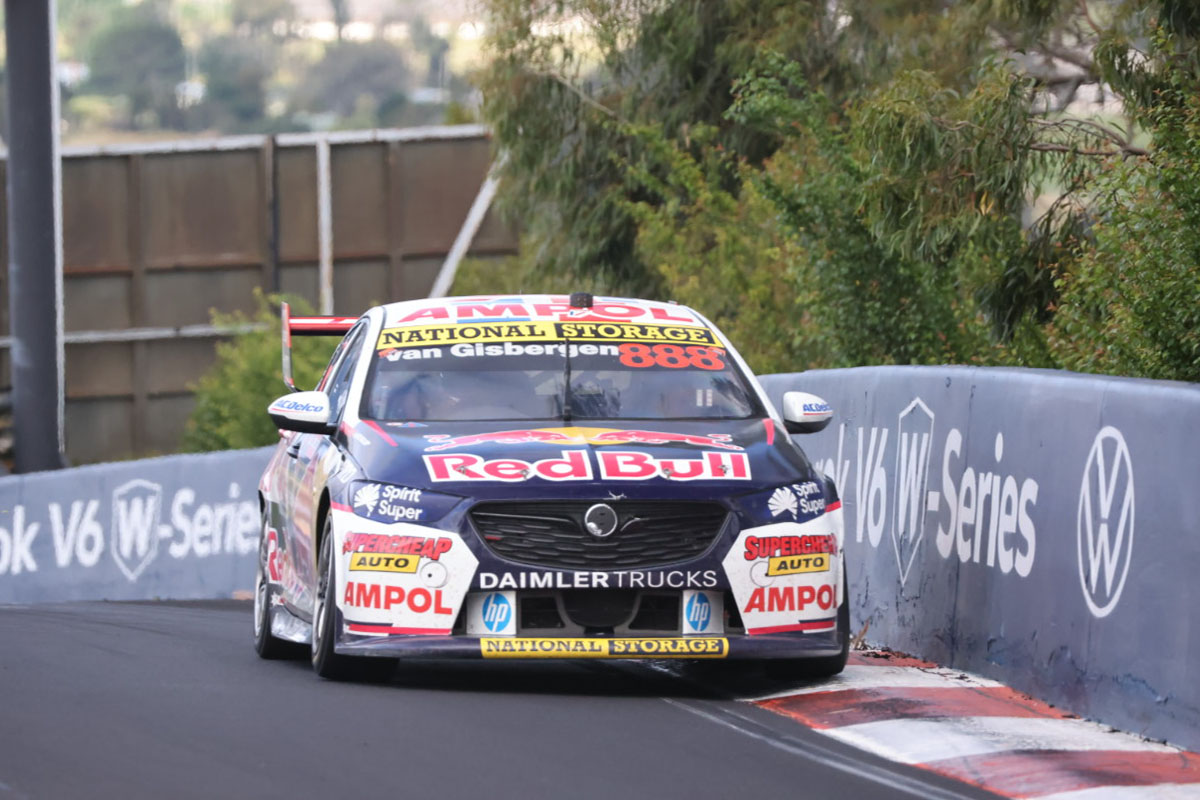 It was a bittersweet conclusion to the season for 2021 Supercars champion Shane van Gisbergen after a tyre failure at the death in this year’s Repco Bathurst 1000 took him out of contention.

Van Gisbergen and Red Bull Ampol Racing co-driver Garth Tander were in second heading into the closing laps of the Great Race.

While Chaz Mostert, who was paired with Lee Holdsworth, streaked away in the #25 Mobil 1 Appliances Online Racing entry, van Gisbergen held station in second.

However, his hopes of a podium were cruelly dashed with just eight laps to go when the right-front tyre gave way on the #888 Holden ZB Commodore.

He would pit and go on to finish the race 18th and more than a minute behind race winners Mostert and Holdsworth.

Van Gisbergen came into the season finale as champion-elect having stretched his lead out to over 300 points by the end of the penultimate event at Sydney Motorsport Park.

Following the conclusion of the 161-lap affair, van Gisbergen was presented with the championship trophy, ending the season with a 211-point lead over team-mate Jamie Whincup.

“I really tried to win that race. Congrats to Chaz and Leeroy and their team. They were super fast. Gave it everything and just couldn’t quite hold it together.

“It’s been an awesome year, otherwise. I’ve got to thank all these legends, it’s been a really, really good year otherwise. We’ll drink a few out of this [trophy] tonight.”

Van Gisbergen’s year saw him win nearly half of the 31-race schedule, claiming 14 victories as well as a further nine podiums and six pole positions.

It’s the second year in a row van Gisbergen’s celebrations have been without his family, last year having won the Bathurst 1000 with Tander.

COVID-19 restrictions have prevented quarantine-free travel between Australia and his native New Zealand.

“I wish my family was here and all my friends as well,” said van Gisbergen.

“I wish I could go home to celebrate but I’m locked out of my own country, which sucks.

“Anyway, it’s awesome to race here. Good to have all the fans back. The atmosphere here again was awesome. Loved every minute.”

It marked the last time Whincup will compete full-time in the Repco Supercars Championship before taking over from Roland Dane as team principal and being replaced behind the wheel by Broc Feeney in 2022.