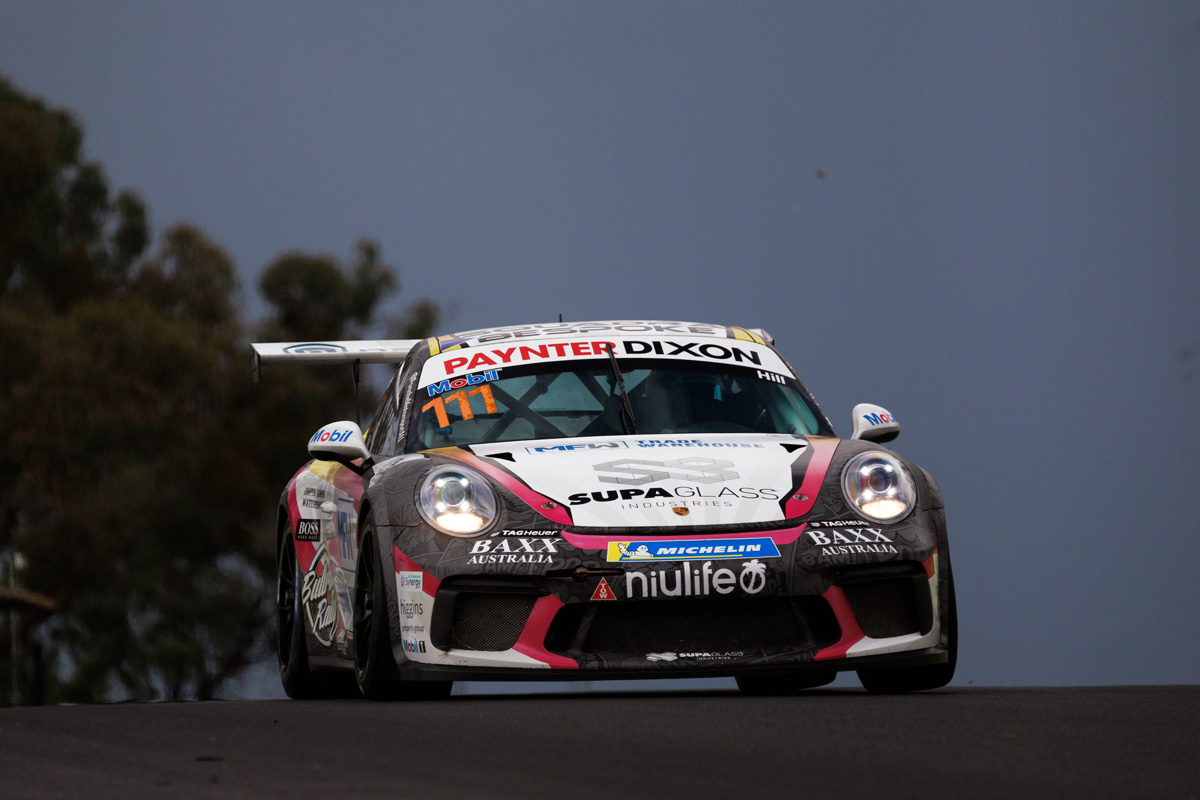 It’s the first major tin-top title for Hill, who will graduate to the Dunlop Super2 Series with Triple Eight Race Engineering in 2022.

Hill headed into the season finale suddenly as champion elect after plans to race at The Bend Motorsport Park were cancelled due to the recent outbreak of COVID-19 in Adelaide.

The Canberran was on course for a strong finish having been in the podium positions, only to suffer a puncture and finish 19th.

Near the rear, Scott Taylor stalled and was duly hit, albeit lightly, by Indiran Padayachee. That resulted in damage to the Padayachee entry, forcing him to retire on Lap 1.

Having survived a race-long attack in Saturday’s lengthy affair, Jones’ time at the top in Sunday’s season closer was short-lived.

A run down Conrod Straight allowed Murray to get to Jones’ outside at The Chase and usurp his team-mate on Lap 3.

Come Lap 4, Love put in a late lunge on Hill at Griffins Bend, mounting the inside kerb and claiming third.

After losing out to Murray, Jones was soon under pressure from Love. Like the lap prior, Jones found himself with a car on his outside into The Chase, once again losing out.

There was drama on Lap 5 for Craig Lowndes when he suffered a right-rear puncture heading down The Mountain. That drew him to the pit lane and dropped him out of the top 10.

On Lap 6, Hill suffered a similar fate to Lowndes, he too suffering a right rear puncture, which forced him to pit.

Marc Cini had a spectacular spin on Lap 7, dropping his right-side tyres on the grass approaching Hell Corner, causing him to spin and send smoke signals as he slid into the escape road.

A scary moment on Lap 8 saw Murray take evasive action over the crest at Mountain Straight as Cini parked his car on the racing line as he sought to park his car on the side of the road.

In the end, Murray would cruise to a 1.8s win over Love while Jones would finish a distant third, some 6.0s away from the lead.

Payne finished shy of the podium in fourth while David Russell was a quiet achiever in fifth.

In the battle for Pro/Am honours it was a spectacular close to proceedings as Geoff Emery put in a last lap, last corner dive on Sam Shahin.

Emery locked his rears into Murray’s Corner, getting to the inside of Shahin to take the class lead while The Bend Motorsport Park owner got up on the exit kerb and spun.

Porsche Carrera Cup Australia had been scheduled to race at The Bend next weekend. However, reimposed travel restrictions have seen those plans cancelled.