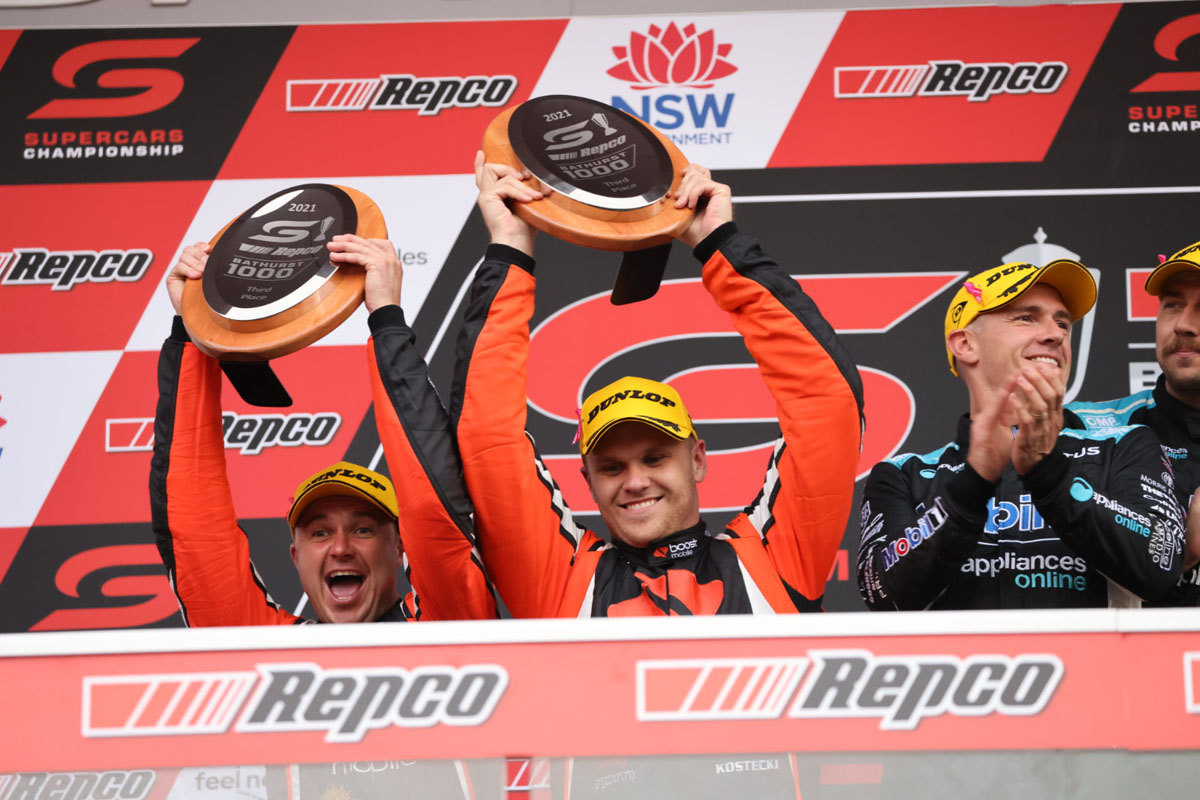 Despite 12 previous starts in the race, partnering the likes of Todd and Rick Kelly, Cameron Waters and Simona de Silvestro, Russell’s best previous result was eighth place. Teamed with Brodie Kostecki in the Boost Mobile-backed Erebus Motorsport Holden Commodore, the pair were contenders throughout the weekend.

Running fourth in the closing stages, the pair were the beneficiaries of Shane van Gisbergen’s late-race tyre trouble, but Russell still felt like it was a well-earned third place.

“It’s a dream come true,” Russell told Speedcafe.com. “To come here so many times and have good results stripped or taken away from us, to come here and put it all together and have something like that happen towards the tail end of the race is pretty nerve-wracking, but it’s surreal.

“It hasn’t been through lack of trying or lack of pace, it’s just been a bit unlucky at times. Hopefully this is the first of what I hope to be many.”

Russell said he knew early in the week that he and Kostecki were a serious threat for a podium, saying the #99 Holden rolled out of the truck with a competitive set-up and only improved as the weekend went on.

“I said to the boys we just needed to look after this car all day and keep it there to the end, and that’s what we did. Ultimately we got the result.”

Russell praised the performance of not just Kostecki but the entire Erebus Motorsport team. He said he felt at home as soon as he began working with the team earlier this year.

“It just felt like I fit straight in with the Erebus family,” he said.

The race was won by Chaz Mostert and Lee Holdsworth, with Cameron Waters/James Moffat finishing runner-up.