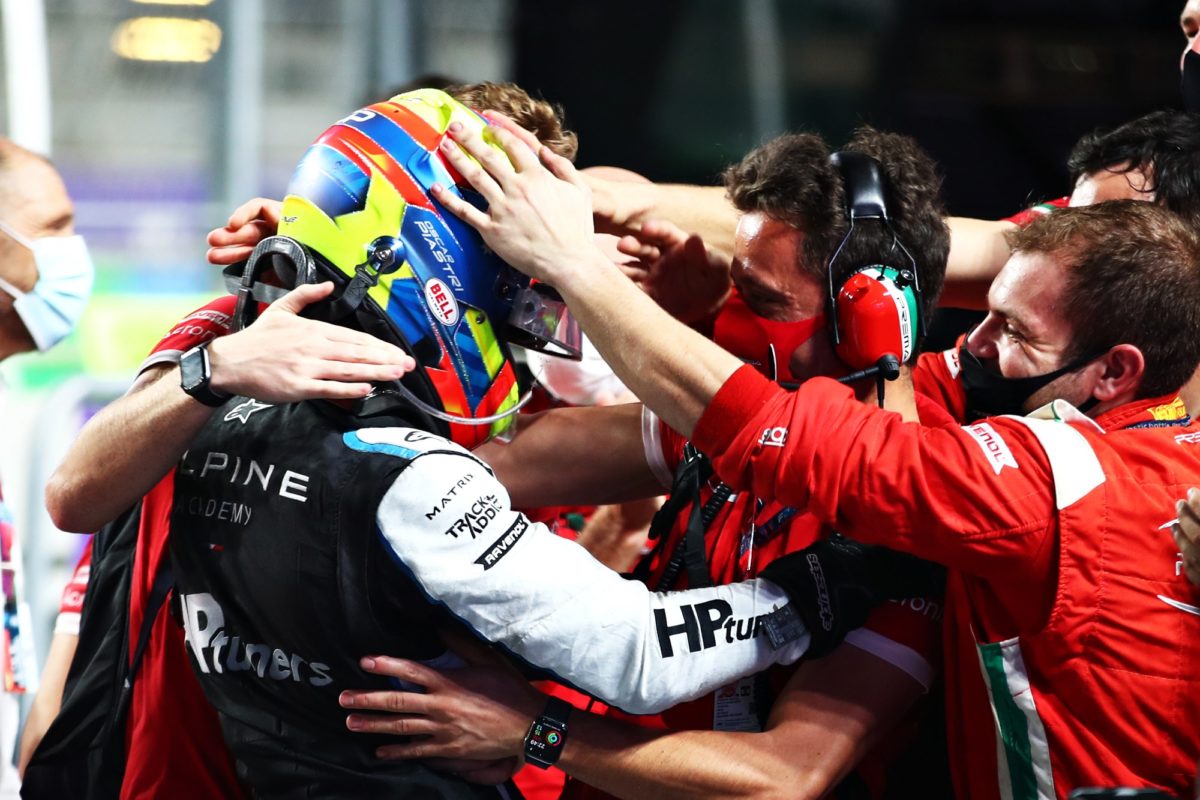 Oscar Piastri has moved closer to claiming the 2021 FIA Formula 2 Championship after taking victory in the second sprint race of the weekend in Saudi Arabia.

After starting third, the Australian quickly rose to second before passing Jehan Daruvala in the latter stages to seal the win.

Daruvala had picked up a time penalty earlier in the race for leaving the track and gaining an advantage, meaning Piastri needed only follow his Red Bull-backed rival to the line, but instead wanted to do the job on the track.

“I was basically just waiting for DRS to try and get past Jehan, but then he picked up the pace when DRS was active,” the Aussie explained.

“But he had a massive lock up into Turn 1, so I knew after that his tyre was going to be pretty wrecked, and then I also knew he had a five-second penalty.

“I knew Christian [Lundgaard] had one behind me, but I kind of new that there was the possibility for fastest lap.”

Two bonus points are awarded to the driver who claims the fastest lap in F2, which would help move Piastri clear of nearest rival, Robert Shwartzman.

The Russian had overhauled Guanyu Zhou in the day’s opening race when the Chinese driver found himself pointing the wrong way at Turn 2, and in need of a new wing.

Having been running in the points, it dropped him to the back of the pack, allowing Shwartzman to inch ahead in the championship.

Piastri now holds a 42-point advantage over his Prema team-mate at the top of the standings. A 66-point margin tomorrow would be enough to seal the title.

“The best way to do that is to win the race tomorrow, so I’ll focus on doing that and see what happens in terms of the championship,” he said.

“In Race 1, I probably thought about it a bit too much and didn’t really maximise on my opportunities.

‘Then in Race 2 I got my elbows out a bit more, so I’ll see how the race tomorrow goes first.”

With 25 points available, and Piastri needing 24 over Shwartzman to mathematically move the title beyond reach – even a retirement on Sunday would leave him at the head of the standings going into the Abu Dhabi finale next week.

“The best way to try and keep yourself safe is to stay in the lead,” Piastri reasoned when asked by Speedcafe.com about his approach to Sunday’s Feature Race.

“But at the same time, I don’t want to risk anything. I can’t afford to drop to not score tomorrow.

“So I still need to have my eye on the long game but at the same time, I think we’re quick enough as a team, and I think we’ve proven all weekend that I’m capable of having the pace to win tomorrow.

“So if I can do it, then I’ll try, but there’s also a longer game to look at here.

“I’m not going to throw away anything silly trying to win a race.”

It was a positive day for Antipodeans in Saudi Arabia, with Marcus Armstrong winning the opening race of the weekend from Liam Lawson, Piastri finishing eighth.

Debutant Jack Doohan finished a respectable 11th in that encounter, further impressing as he rose to to fifth in Race 2.

The final Formula 2 race of the weekend is scheduled for 17:25 local time on Sunday, 01:25 AEDT Monday morning.