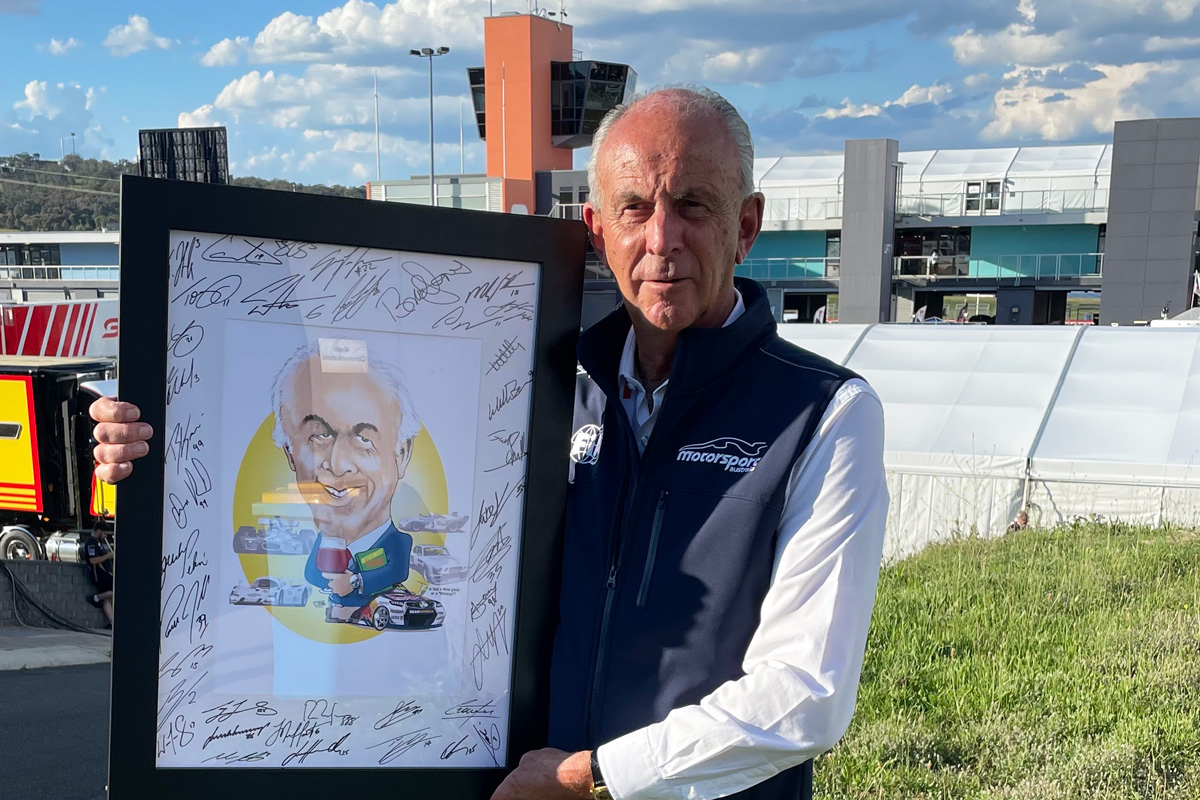 Tim Schenken with a parting gift presented to him at Bathurst

The power cell of the circuit will now be known as the Tim Schenken OAM Race Control Centre.

“I have to say, I feel quite emotional about it. I had no idea,” said Schenken.

“That was a surprise and it’s a special honour. I’m humbled by it.” 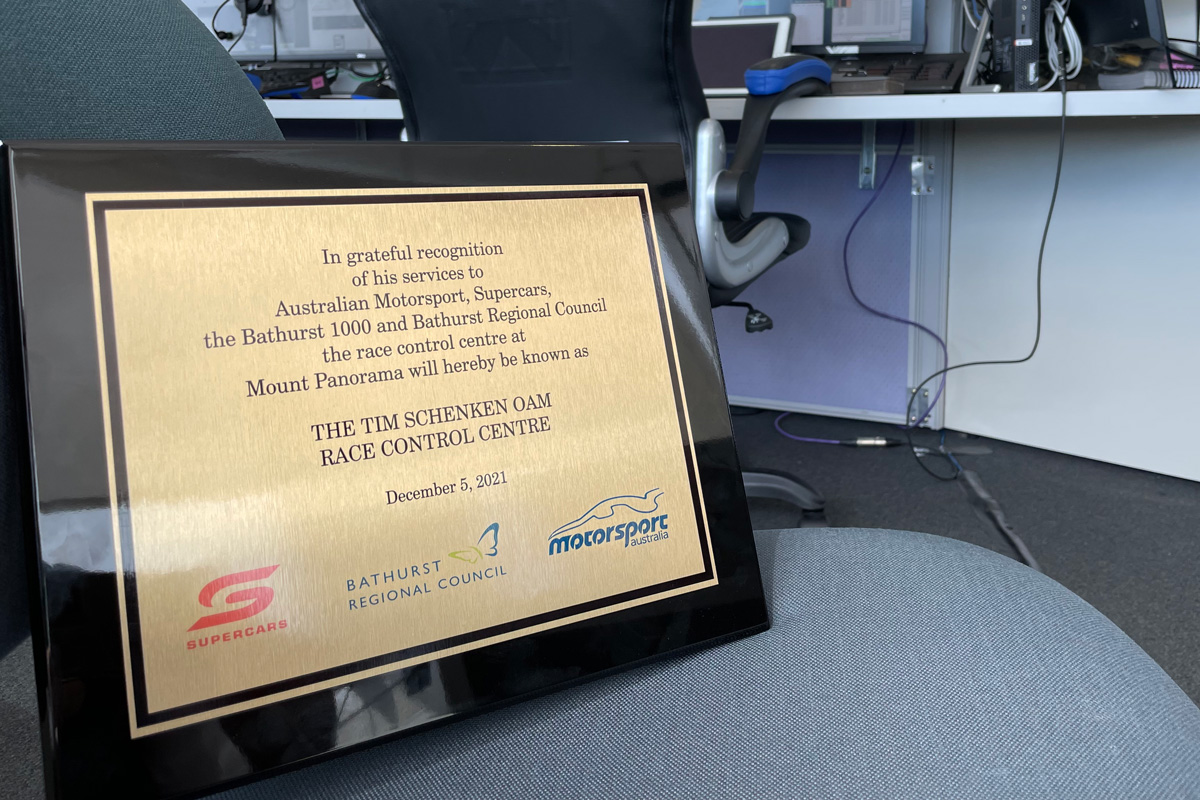 It ends a spell at the helm of the category spanning over 30 years, having joined the then-known Australian Touring Car Championship in the role in 1987.

Tributes have been paid to Schenken at this year’s Repco Bathurst 1000 tribute.

Earlier this week he was presented a caricature of himself signed by every driver on this year’s Bathurst 1000 grid.