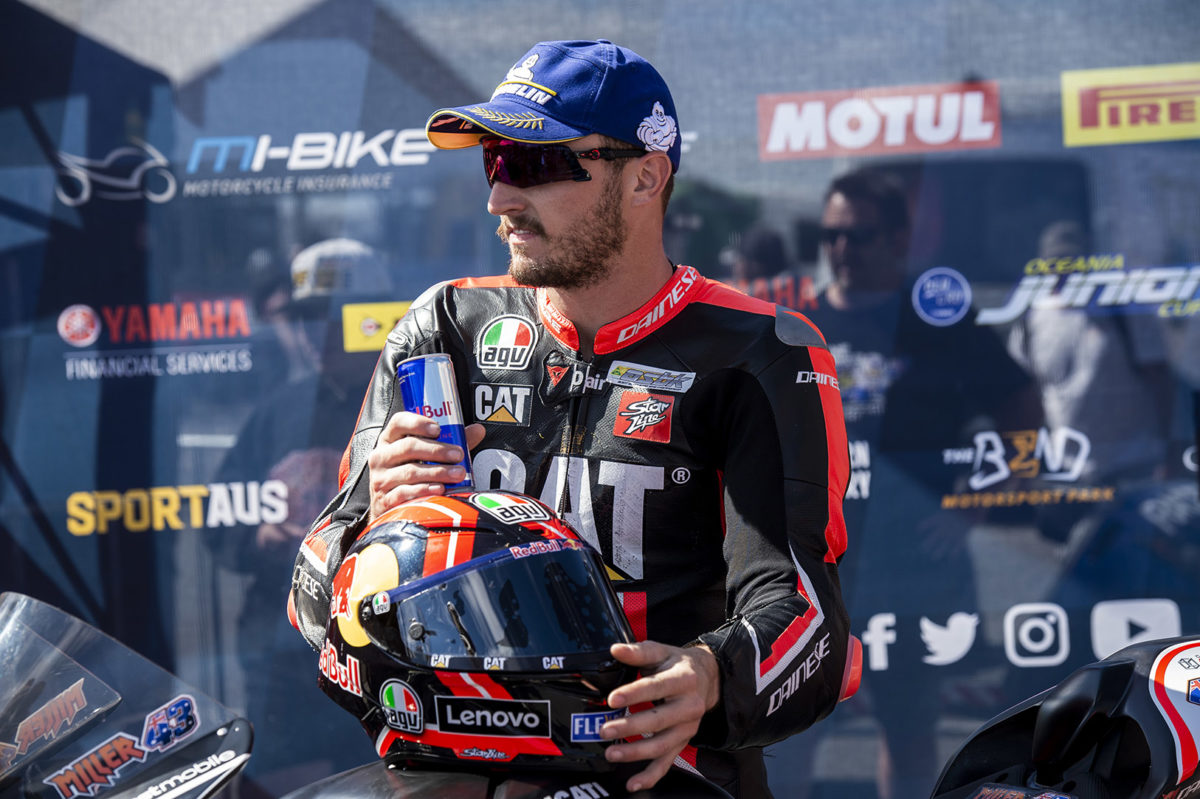 Jack Miller has been implicated in a COVID-19 quarantine drama after a fellow competitor was forced to withdraw from this weekend’s Australian Superbike event.

Miller is this weekend making a high-profile cameo in the Australian Superbike Championship at The Bend Motorsport Park aboard a Ducati VR 4.

It’s understood a fellow competitor, whose name Speedcafe.com has chosen to withhold, was removed from the venue on Saturday night in response to South Australia’s changed quarantine rules.

Previously, a seven day quarantine period applied to international arrivals in the state, though that has been extended back to 14 in recent days.

It’s believed that was retrospectively applied to the unnamed rider who has now gone back into quarantine.

However, it has been claimed the individual arrived in South Australia on the same flight as Miller, raising questions over the Ducati factory rider’s position.

The MotoGP race winner qualified second fastest on Saturday behind Wayne Maxwell and took to the grid for Sunday’s opening race, crashing out in the closing stages.

According to the latest South Australian travel rules, vaccinated international arrivals must have evidence of a negative COVID-19 test received in the 72 hours prior to arrival and must;

Contacted by Speedcafe.com, neither Motorcycling Australia nor representatives for the unnamed rider would comment on the matter.

Representatives for Miller did not respond by the time of publication, nor did SA Health.