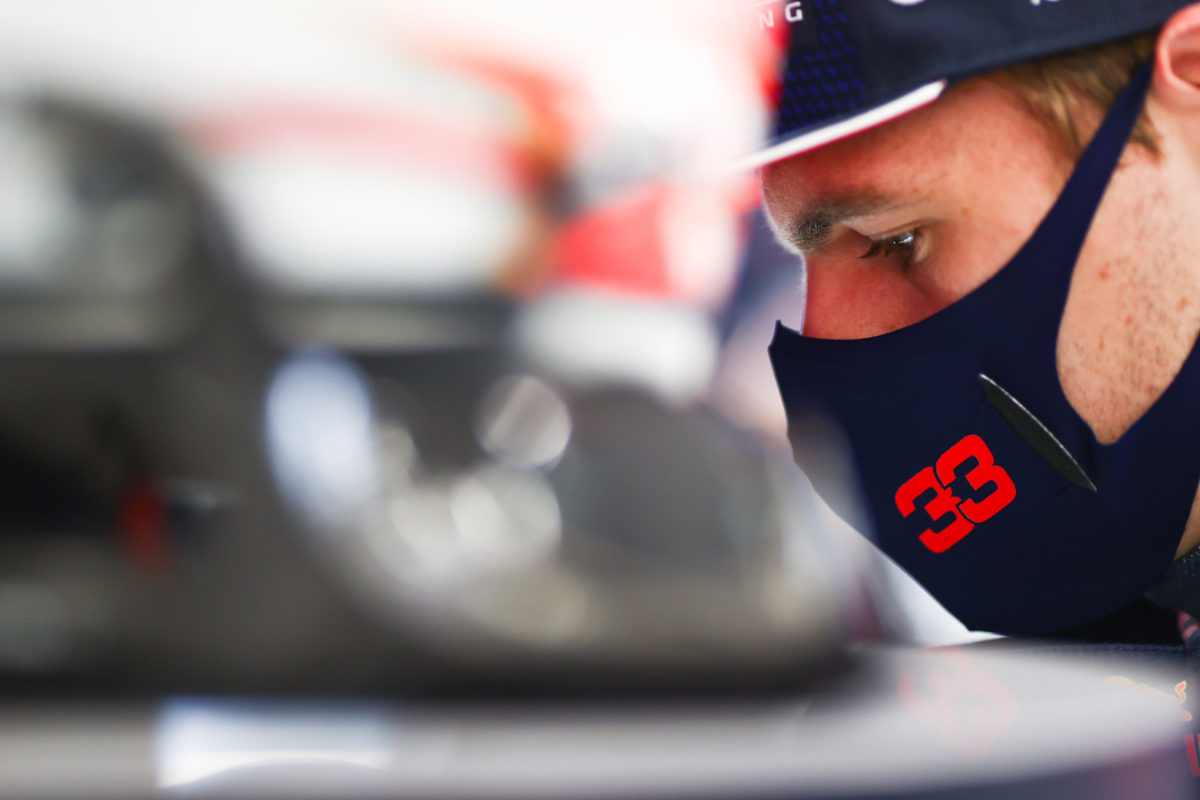 Sitting in a provisional third place on the grid late in the 60-minute session, Verstappen was on a late stormer before a mistake at the final corner saw the Dutchman tag the wall on exit.

“It was looking like the lap of the year, to be honest with you,” Horner told Sky Sports.

“He just grabbed the front into the last corner there, you try to keep the momentum because he can obviously see on his dash that he was 0.4s up going into the corner, and unfortunately he’s run out of road.

“Pretty brutal, but let’s hope the gearbox isn’t damaged and we’ll see what we can do tomorrow.

“It was a mighty, mighty lap,” he added.

“We’re on the backfoot here, and he was pulling something very special out of the bag.

“Unfortunately it wasn’t to be, so we’ll get the car back, hopefully it’s not a gearbox penalty because that would be especially brutal.”

Having tagged the wall with the right-rear wheel, there are concerns the driveshaft may have damaged the gearbox on the RB16B.

Should that be the case, it would result in a five place grid penalty at a crucial time of the championship with just two races, including Sunday’s, remaining.

Verstappen holds an eight-point advantage over Hamilton, who will start in Jeddah from pole.

“I think it’s going to be very hard to overtake here,” Horner conceded.

“It’s going to be strategy, what happens with Safety Cars, reliability, etc.

“We’ll see, but grid position on any street circuit is crucial.”

Red Bull has Verstappen third on the grid, and Sergio Perez fifth in the sister car.