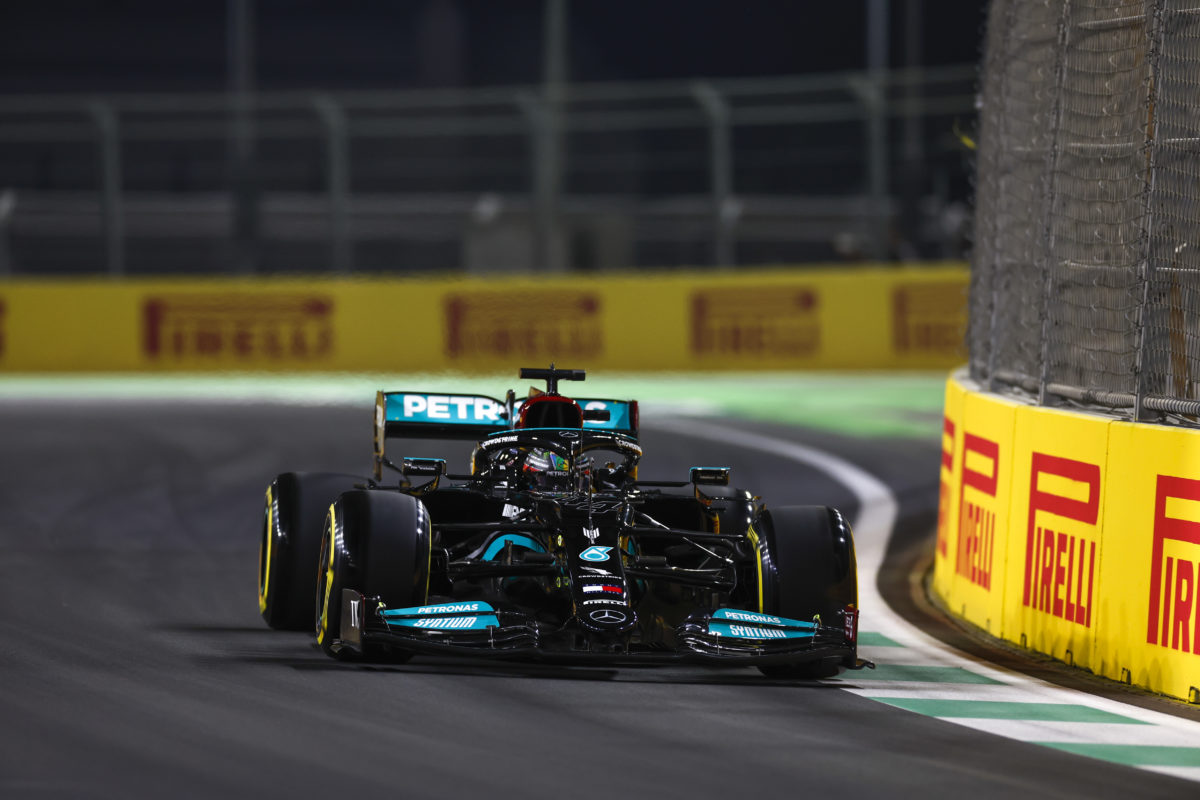 Lewis Hamilton was called to the stewards for two separate incidents during final practice for the Formula 1 Saudi Arabian Grand Prix.

The Englishman set the second fastest time in the session behind title rival Max Verstappen.

However, he was involved in an eyebrow raising incident when the Mercedes driver was caught dawdling on the racing line as Nikita Mazepin approached.

The Haas driver was forced to leave the race track to avoid a collision, bouncing over kerbs in the process.

It was a moment that caught the eye of FIA race director Michael Masi, who advised Mazepin’s team that he would deal with the matter separately.

That has now seen Hamilton summoned to the stewards.

While there, he also faced questions over his actions under double-waved yellow flags.

That incident occurred shortly after the 20-minute marker in Free Practice 3.

He was cleared of wrongdoing in that instance after it was found the yellow flag signals had been activated erroneously on a light panel, for less than a second.

“As the on-board video of Car 44 (to be released by the Commercial Rights Holder following this Decision) clearly shows, there was no yellow flag displayed, no yellow lights were displayed to that driver and the yellow warning light was not visible on the driver’s steering wheel.

“Unlike other incidents this year, there was no yellow flag or yellow light displayed to the driver (the driver already being well into the marshaling sector when the system was briefly activated) hence no breach of the regulations has occurred.”

The outcome of the Mazepin incident has not yet been released.