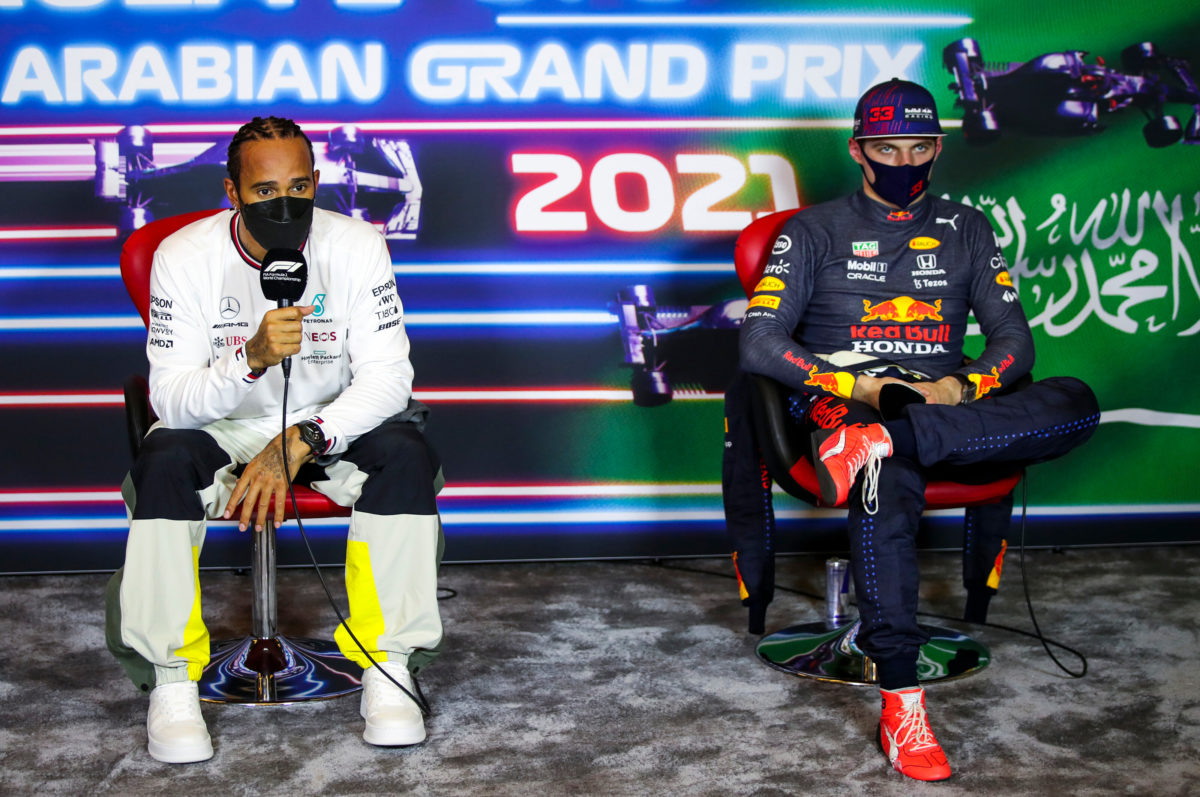 Lewis Hamilton believes Max Verstappen would have had the measure of him in Formula 1 qualifying if not for the Dutchman’s final corner crash.

Hamilton claimed his fifth pole of the season in Saudi Arabia, while Verstappen’s error meant he could do no better than third – a position at risk of a penalty should he need a gearbox change after his brush with the barrier.

The Red Bull driver was on a lap that would have seen him steal pole as the chequered flag flew to end the session before locking up into the final corner, and clouting the wall as he attempted to recover.

“I think the Bulls are definitely faster today,” Hamilton admitted.

“I don’t know if we lost performance or they just gained.

“That was one of the most intense qualifying sessions I think we’ve had for a while, so I’m grateful for it.”

Having topped both practice sessions on Friday, Hamilton was almost a quarter of a second down on Verstappen in FP3 earlier in the day.

His penultimate run in qualifying was ragged, the Mercedes appearing not to respond as well to the red-walled soft compound tyre as well as the Red Bull.

“We were naturally just pushing so hard,” Hamilton said of his qualifying effort.

“The track had shifted a little bit. I don’t know if it’s just the wind, but it made it so difficult with tight temperatures.

“We were having to do heavy, heavy, quick out laps to try and get these tyres working in the right window, which is very, very odd.”

With Verstappen’s mistake, Hamilton’s best of 1:27.511s proved good enough for his fifth pole of the season.

“It always feels better when you’re happy with the balance that you have, and happy with everything and it kind of runs a bit smoother,” he said.

“I think this one was more heart in the mouth, I think for all of us.

“We got that lap right at the end which obviously, in the end, was good enough,” he added.

“But if Max had finished that lap, they would have been ahead.

“So regardless, I’m happy, I’m grateful, and we just have to work as a team tomorrow.”

Hamilton will be joined on the front row by his Mercedes team-mate, Valtteri Bottas, while Verstappen shares the second row with Charles Leclerc.