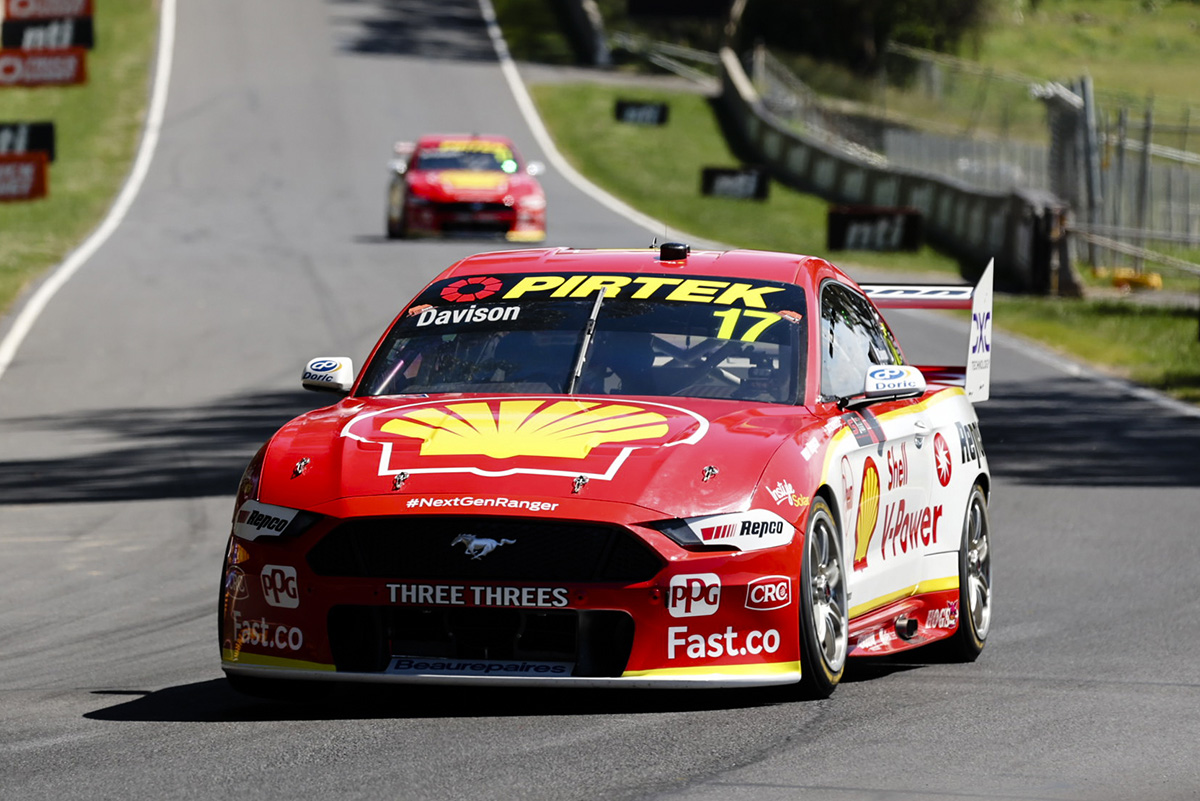 Will and Alex Davison were left deflated after a trying Repco Bathurst 1000 saw them finish 10th in the #17 Shell V-Power Racing Team entry.

The brothers largely played second fiddle to the sister car of Anton De Pasquale and Tony D’Alberto, twice having to double-stack behind the #11 in the pit lane.

To add insult to injury, the #17 was given a five-second penalty for an unsafe release after contact with the #88 Red Bull Ampol Racing car of Jamie Whincup in the fast lane.

“I was hoping for a few good rolls of the dice today,” said Will.

“I know what this place can throw at us but we just could not take a trick.

“I literally gave my heart and soul today and we wouldn’t know.

“I tried really, really hard and was quite aggressive on restarts. Kept moving forward, queue, forwards, queue, and then it looked like we’d got ourselves back in the [top] five there.

“It was a pretty tight release with Jamie. We got the penalty there as well.

“Just gut-wrenching, to be honest. We’ve all tried our hardest. It’s been a huge effort from the whole team. It’s been a big six weeks.”

Alex, who was called up after Scott McLaughlin was ruled out due to a combination of factors largely surrounding COVID-19 travel restrictions and IndyCar Series commitments, was similarly downbeat.

The #17 had been competitive throughout the weekend, finishing every session bar two inside the top 10.

“It’s a little bit deflating after a day like that,” said Alex.

“Battled a little bit just chasing balance, probably the same story as half the people up and down pit lane are talking about.

“Chased the balance a little bit. Rich[ard Harris, engineer] was doing everything he could with tyre pressures and the limited tools he had to help us during the race.

“There were little stages where we had great pace, but it was just inconsistent. Even in one stint, let alone stint to stint.

“Then obviously the old double-stacking killed us in the end. We double-stacked twice and then the unsafe release was the final nail.”

Will was vying for third in the drivers’ championship but slipped to fourth after Chaz Mostert leapfrogged him with his Bathurst 1000 win alongside Lee Holdsworth.