Feeney fastest in Bathurst Warm Up, troubles for #88

Feeney fastest in Bathurst Warm Up, troubles for #88 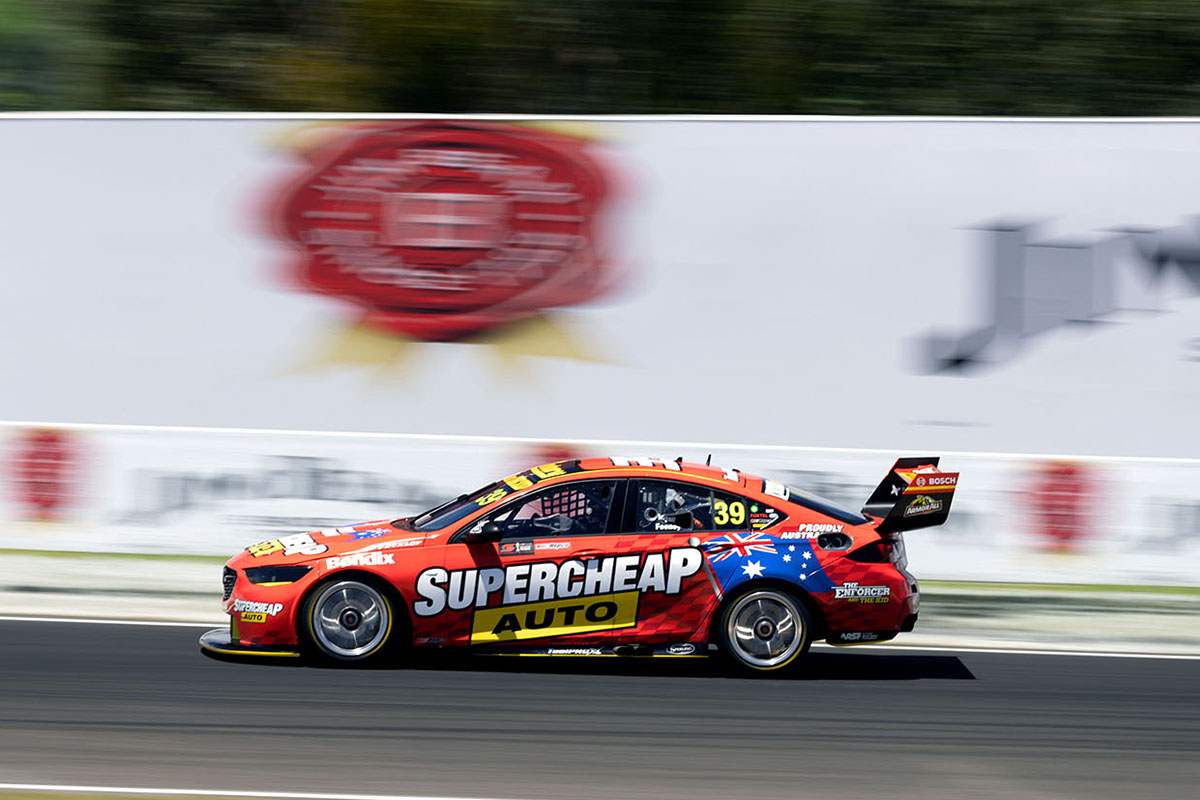 Supercheap Auto-backed wildcard Broc Feeney has set the pace in the Warm Up for the Repco Bathurst 1000, while there were more niggles for another Triple Eight Race Engineering entry.

Feeney was the only driver to crack the ‘fours’ in the last, 20-minute hit-out before the Great Race itself, finishing up four tenths clear of the pole-sitting #25 Walkinshaw Andretti United which took second courtesy of co-driver Lee Holdsworth.

Shane van Gisbergen put Triple Eight’s #888 ZB Commodore into third on the timesheet but there was work on the sister Red Bull Ampol Racing car during the session to address an anti-roll bar issue.

The Triple Eight crew had to get underneath Car #88 when the front anti-roll bar would not lock into place, after having had to correct an aerodynamic vibration on the Jamie Whincup/Craig Lowndes entry during Saturday practice running.

“We just had the front sway bar, the little solenoid that locks it into position, it must be open,” explained Lowndes as Whincup was dispatched onto the track after the work.

“So, we made a change to the car, just to verify it this morning. I went across the top of The Mountain and it was a bit loose and I was like ‘this is a big change’ and then of course Wes [McDougall] reminded me that the front sway bar had gone to full soft.

“It’s not locking into position so at the moment it is just free playing from hard to soft.

“So, we know the soft front bar is really good across the top for front grip but not for rear but hopefully they have fixed it and Jamie has just gone out now.”

On the less than perfect build-up, Lowndes quipped, “Well, it never is around here and if something didn’t go wrong, there would be something wrong.

“That’s an easy fix so we will get on with it.”

At a cool Bathurst, Brad Jones Racing’s Todd Hazelwood (#14 Cub Cadet ZB Commodore) was fastest initially on a 2:05.6114s before Tickford Racing’s James Courtney (#44 Boost Mobile Mustang) moved to the top on a 2:05.5973s on his second lap.

Van Gisbergen bettered them when he clocked a 2:05.5169s with just over five minutes remaining, and looked like improving next time around before he dropped into pit lane.

It was then that Feeney clocked a 2:04.9021s, moments before he skated towards Hell Corner on the rears and opted to bail the #39 ZB Commodore into the run-off area.

Chaz Mostert had already been prominent in the #25 Mobil 1 Appliances Online ZB Commodore before Holdsworth set a 2:05.3083s just before the chequered flag.

Anton De Pasquale put the #11 Shell V-Power Racing Mustang into 15th on a 2:06.6260s, after co-driver Tony D’Alberto had an innocuous detour up the Hell Corner escape road in the opening minutes.

All that remains is the 161-lap race, which is officially scheduled to start at 12:15 local time/AEDT.