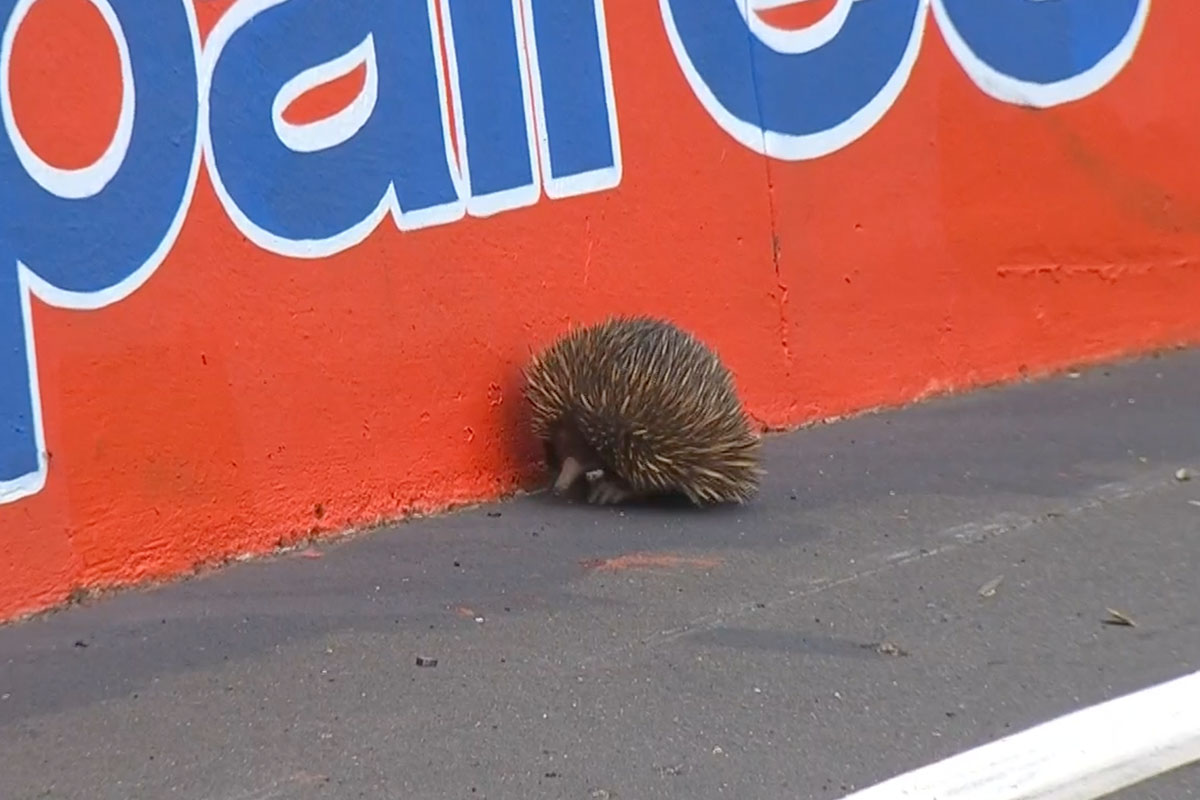 An echidna on the Mount Panorama track. Source: Fox Sports

The Repco Bathurst 1000 has been neutralised after an echidna made its way onto the Mount Panorama circuit.

It had been close to 90 laps since the first and only prior Safety Car had been deployed for Thomas Randle’s beached #44 Boost Mobile Mustang at Hell Corner.

Soon after the bulk of the field had peeled into pit lane for their fifth stop, the Safety Car was called on Lap 106 after the echidna appeared on-track at The Cutting.

There were a number of close calls, particularly for Brad Jones Racing’s Macauley Jones and Matt Stone Racing’s Kurt Kostecki, as drivers swerved to avoid hitting the echidna.

The race should soon restart, with the echidna having seemed to find a gap in the outside wall.

That was facilitated by Walkinshaw Andretti United pitting the #25 of Chaz Mostert/Lee Holdsworth from the lead, that pair having been slightly out of sequence due to a tyre failure earlier in the race.

The #25 sits second, with Jamie Whincup, Anton De Pasquale, and Cameron Waters rounding out the top five as it stands.