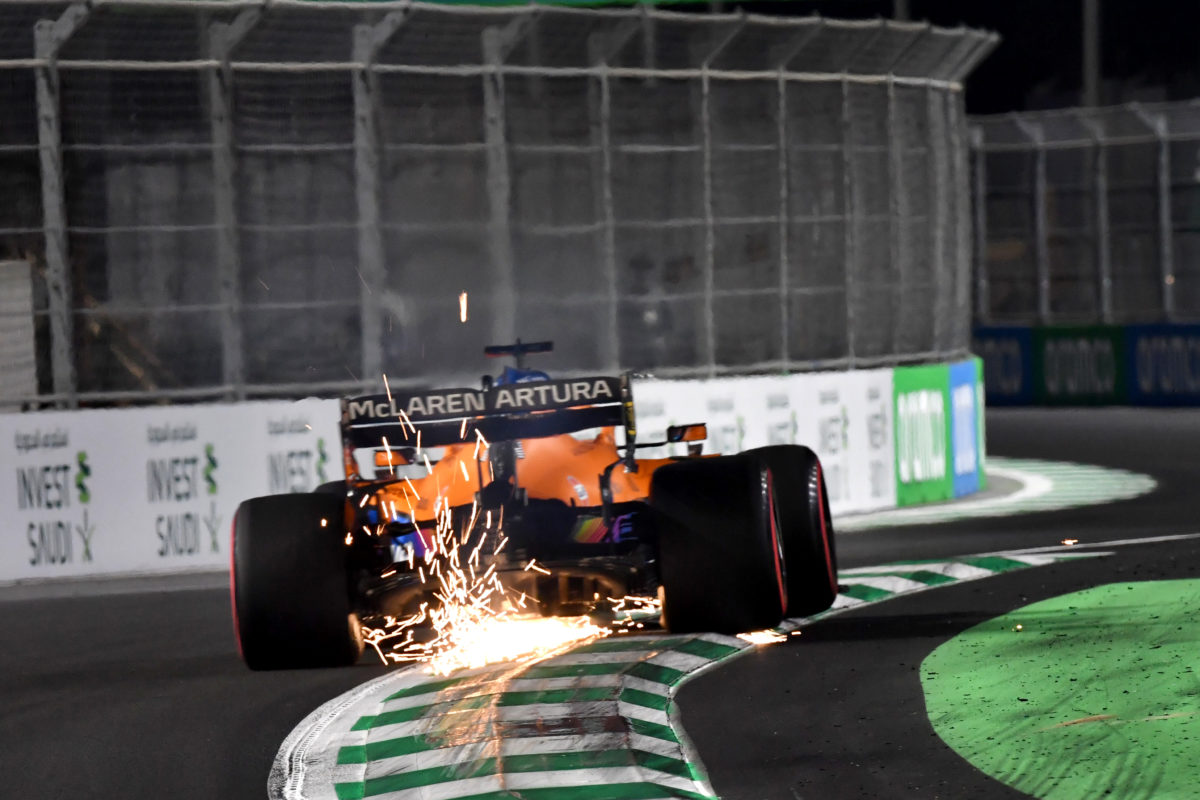 Ricciardo was only 11th best at the end of Q2, missing the cut by less than a tenth of a second to Alfa Romeo Sauber’s Antonio Giovinazzi.

His time was more than 0.3s away from Lando Norris in the sister car, with damage to the MCL35M cited as the reason for the Italian GP winner’s early elimination.

“We had a quick car, but I just picked up some damage on the last run and lost a lot of time,” Ricciardo admitted.

“I damaged the floor on a kerb and it was dragging on the straight. I saw the lap-time dropping away.

“It’s a shame, because we were a lot quicker than P11 today.

“I’ve used that kerb a lot already, but that time I picked up a bit of damage.

“We made a good set-up change for quali so I was comfortable and had pace, we just got unlucky.”

The damage was the difference between progressing out of Q2 into the final phase of the session, according to team boss Andreas Seidl.

“It cost a lot because in the end, the floor was on the ground,” Seidl said when asked about the damage by Speedcafe.com.

“On his last sector, where he had, I think, two green sectors – sector one, sector two – the plank was on the ground and therefore he lost a lot on the straights.

“I don’t know how many tenths [but] that took away any chance to progress into Q3, which would have been easy without this damage.”

Across the garage, Norris ended the session seventh fastest, more than 0.6s away from Lewis Hamilton’s pole time.

It was also only just over a tenth down on Charles Leclerc in the leading Ferrari, McLaren still eying an admittedly outside chance of stealing third place in the constructors’ championship back from the Scuderia.