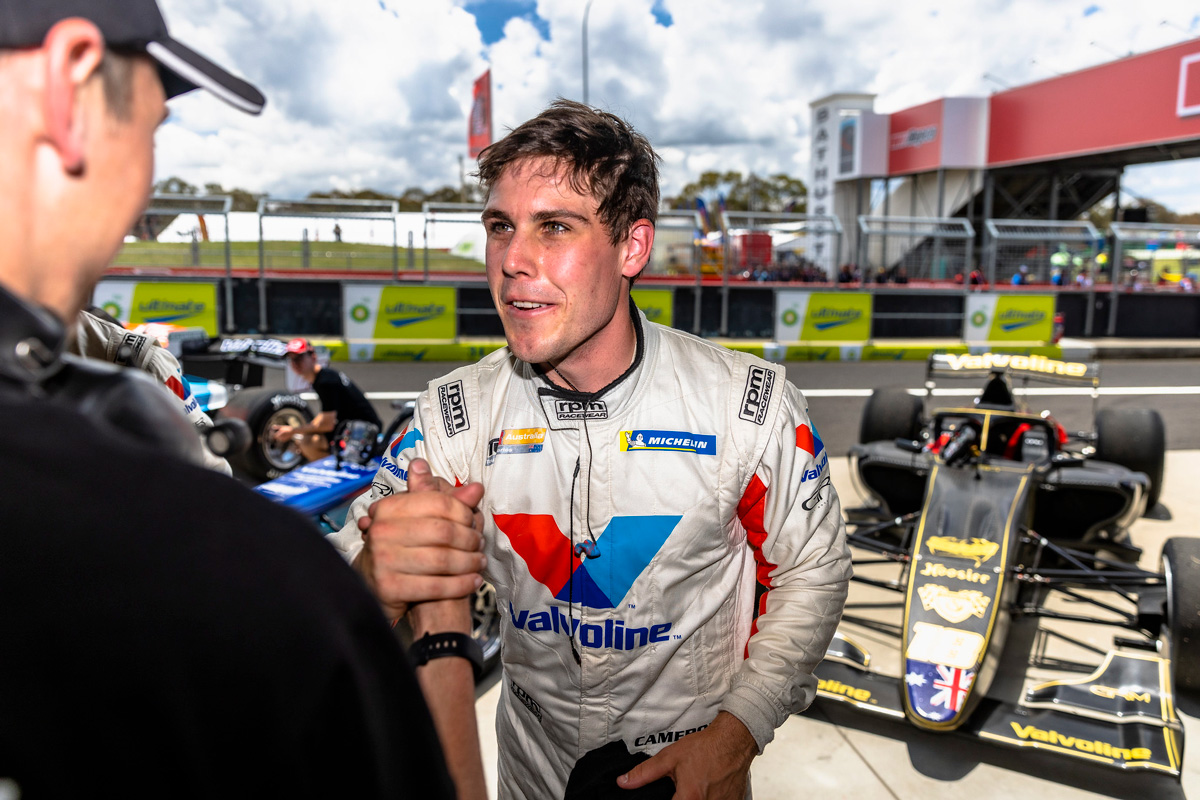 Aaron Cameron has been hit with a 15-point penalty for one of two incidents he was involved in during a dramatic Shannons S5000 Tasman Series finale.

At that point, it looked as if Cameron would lose the Tasman Cup to one of Roberto Merhi or James Golding, with his own #18 entry beached in the gravel.

However, he was dragged out in time to be on the lead lap by the time the race restarted and would quickly start charging backing through once more.

That run would soon end when he collided with Luis Leeds at The Chase in a terrifying collision that triggered the red flag.

Ultimately, the race would be declared a non-result, and with no points awarded, ironically it was Cameron who emerged triumphant overall.

Cameron was handed a points penalty for the Herne incident but was cleared of any punishment for the Leeds contact, with no driver deemed to be wholly or predominantly to blame.

Even with the 15-point hit, Cameron hangs on to become the first S5000 Tasman Series title winner.