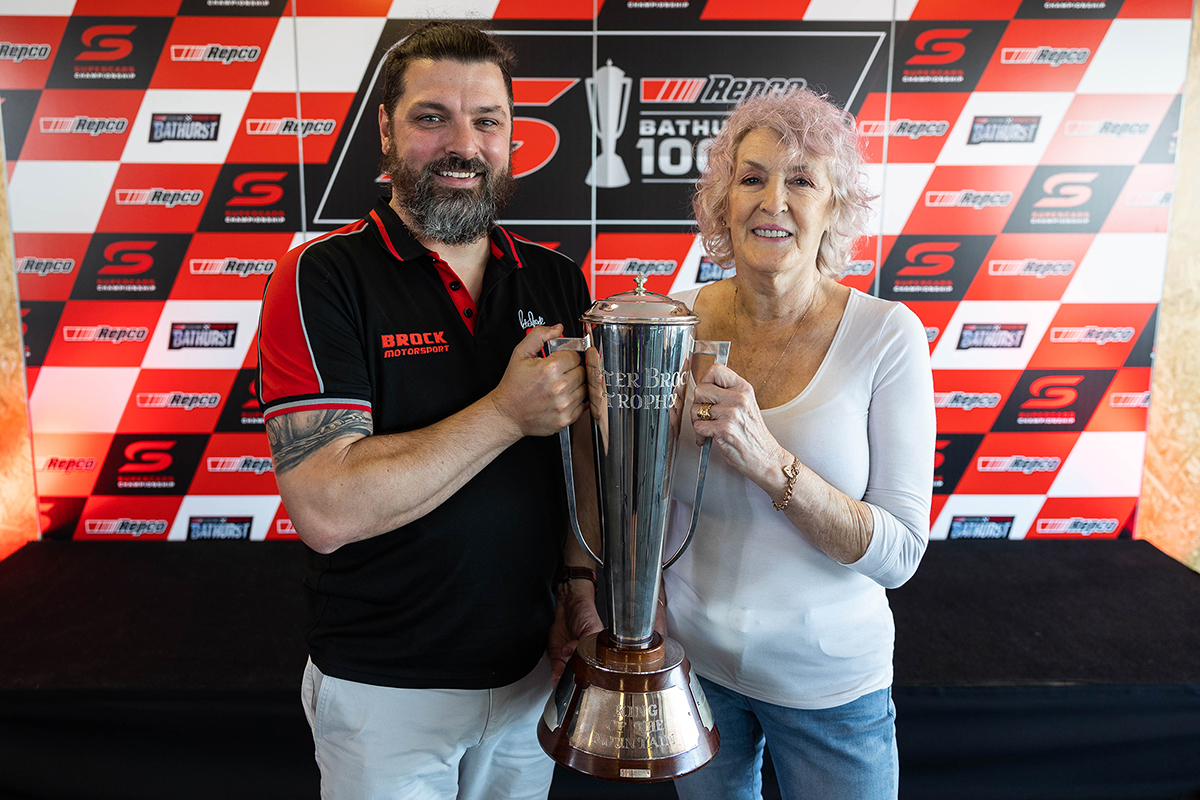 The winners of this year’s Repco Bathurst 1000 will be presented the Peter Brock Trophy by Robert Brock and Bev Brock.

The Peter Brock Trophy was introduced in 2006 in the wake of the King of the Mountain’s death during a tarmac rally in Western Australia.

Brock remains the most successful driver of all time at Mount Panorama, with nine wins to his name.

“To have this trophy in Peter’s honour after nine wins, is just amazing,” said Bev Brock, the former partner of Peter.

“And as a family member, to be able to hand this trophy over to the winners on the day is an honour.

“To be here and see where the race is today is incredible. It takes a lot more than just to be a good driver to win at The Mountain.

“You have to be so much more, including a great team, and I admire whoever takes it out.

“It’s 15 years since Peter’s passing. It’s a special time, and Robert and I are completely honoured to be in this position.”

Robert Brock, son of Peter, added: “I’m over the moon to be here to present the trophy to the winners of the Repco Bathurst 1000.

“I’ve been looking forward to doing something like this for years now.

“I’ve been coming here since I was knee-high to so many people. I have fans come up to me and say that they remember me being here as a kid.

“There have been a lot of amazing races, and it has been interesting to see how much the place has changed.

“The Mountain is magical and something special, and I’m looking forward to seeing what’s in store for this year’s Great Race, because it’s always special.”