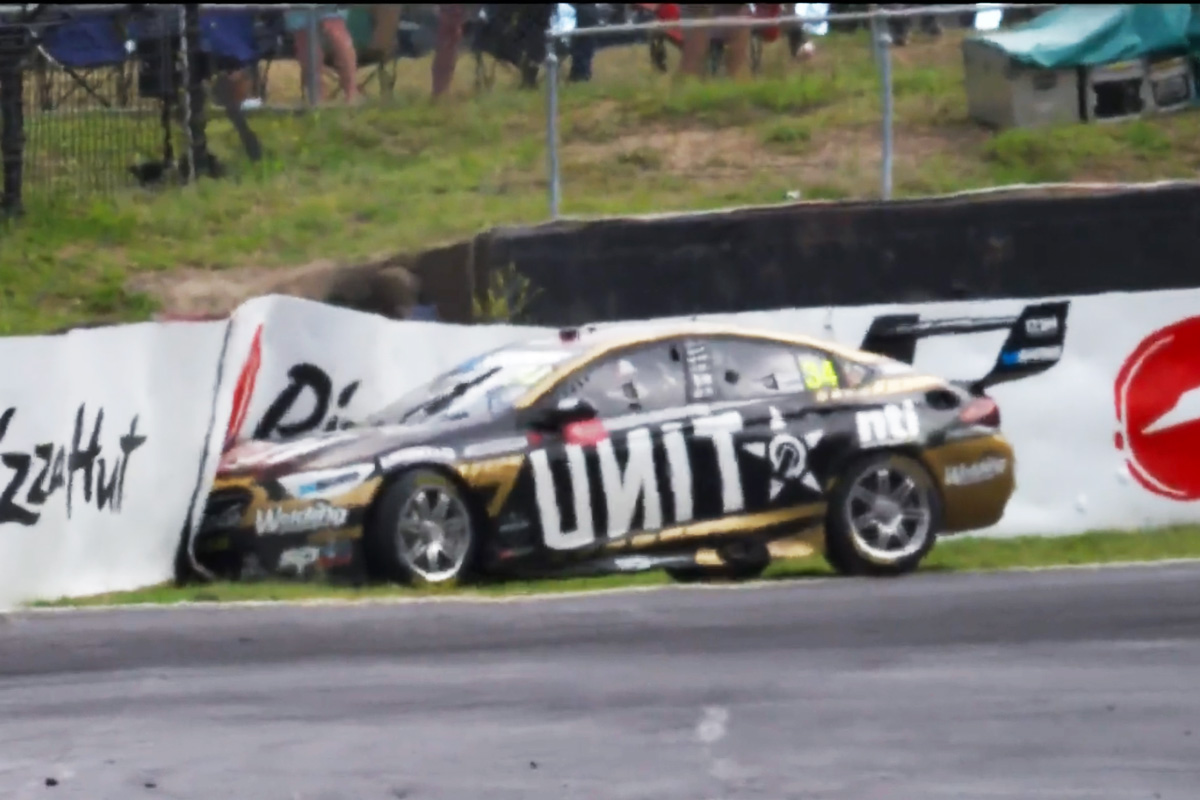 Matt Stone Racing’s Bathurst 1000 curse has continued, with both its cars crashing in recent laps.

Jayden Ojeda brought out the Safety Car on Lap 113 when he crashed at The Esses, aboard Zane Goddard’s #35 Yellow Cover ZB Commodore.

That had come just seven laps after an echidna had sparked a Safety Car intervention.

The race was then neutralised for a third time in short succession when Jake Kostecki’s #34 Unit-backed entry found the wall at Forrest’s Elbow.

Kostecki had been running in close quarters with Tickford Racing’s James Courtney, although it’s not clear whether any contact occurred.

The 21-year-old was however able to reverse out eventually, and some swift work by the MSR crew has kept Kostecki at the tail of the lead lap.

MSR has had a tough run in the Great Race since joining the Supercars Championship in 2018.

Its first attempt at Mount Panorama remains its only finish in the 1000 to date, albeit two laps down on that occasion.

Todd Hazelwood crashed out in 2019, while last year it lost out to Team Sydney in the teams’ championship after mechanical woes for Garry Jacobson/David Russell were followed by a Goddard crash in the dying laps.

Walkinshaw Andretti United’s Chaz Mostert leads the 2021 edition inside the final quarter of the 161-lapper.