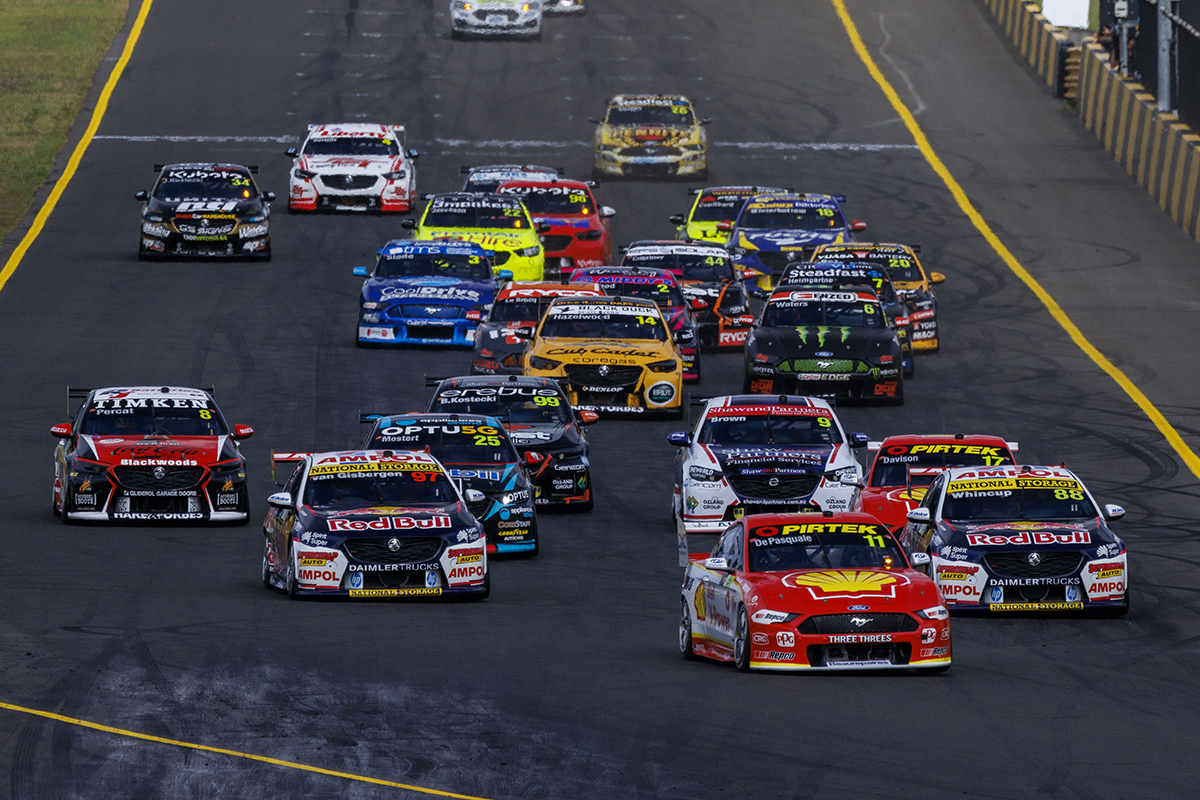 The 2022 Repco Supercars Championship will take in 13 rounds from March to November.

Notably, the category is set to return to Newcastle, Albert Park, Perth, Winton, Auckland, and the Gold Coast after being omitted in 2021 due to the COVID-19 pandemic.

As previously announced, Supercars will begin its season at the Newcastle East Street Circuit across March 4-6 for the Repco Newcastle 500.

The circuit will then head to Launceston for the Tasmania SuperSprint at Symmons Plains International Raceway on March 26-27, the first two-day event of the year.

Supercars will play support to the Formula 1 Australian Grand Prix at the Albert Park Street Circuit on April 7-10 in Melbourne, with the Mustangs and ZB Commodores on track for three days of the event’s four.

The championship then heads west later in the month for the Bunnings Trade Perth SuperNight at Wanneroo Raceway on April 30-May 1.

COVID-19 allowing, it marks the first time Supercars has raced in Perth since 2019.

The same can be said for the Winton SuperSprint at Winton Motor Raceway, which returns on May 21-22.

As previously announced, Hidden Valley Raceway will host Supercars on June 18-19 for the Darwin Triple Crown.

The NTI Townsville 500 retains its July 8-10 slot at the Reid Park Street Circuit.

Then, listed is a TBC event on July 30-31. Supercars has said it is in discussions with new Queensland Raceway owner Tony Quinn to return to the Ipswich venue.

Speedcafe.com understands there is some hesitancy from Quinn to host the championship as he believes the circuit, which is undergoing renovations, will not be ready to facilitate the category’s return.

The Bend Motorsport Park is also yet to secure a spot on the 2022 calendar, meaning South Australia could go without an event next season.

As previously reported by Speedcafe.com, Sandown International Motor Raceway will remain on the calendar with an August 19-21 date for the Penrite Sandown SuperSprint.

Supercars will return to New Zealand for the first time since 2019, scheduled for September 10-11 at Pukekohe Park Raceway.

Next year’s event is the last year on the current contract between Supercars and promoter Auckland Unlimited.

The Repco Bathurst 1000 will represent the third-to-last event on the 2022 schedule, reverting to its traditional first-weekend date across October 6-9.

The Boost Mobile Gold Coast 500 will represent the penultimate event at the Surfers Paradise Street Circuit on October 28-30.

The season will come to an end at Sydney Motorsport Park on November 18-20 with the Beaurepaires Sydney Super600 taking place under lights.

It will mark the first time since 2004 that the Eastern Creek facility has hosted the season finale.

“The 2022 season will follow an unprecedented two years for Supercars in which the COVID-19 pandemic resulted in two revised calendars – a huge achievement given the nature of the sport,” said Supercars CEO Sean Seamer.

“It has been fantastic to welcome fans back to events this year, and we will continue to ensure this is done safely and in line with national guidelines as we welcome more fans back in 2022.

“We are very pleased with the interest in Supercars growing continuously through large audiences watching our world-class broadcast and a significant growth of our presence online across the globe.”

As earmarked by Supercars, the Gen3-spec Ford Mustang and Chevrolet Camaro will feature at events throughout 2022.