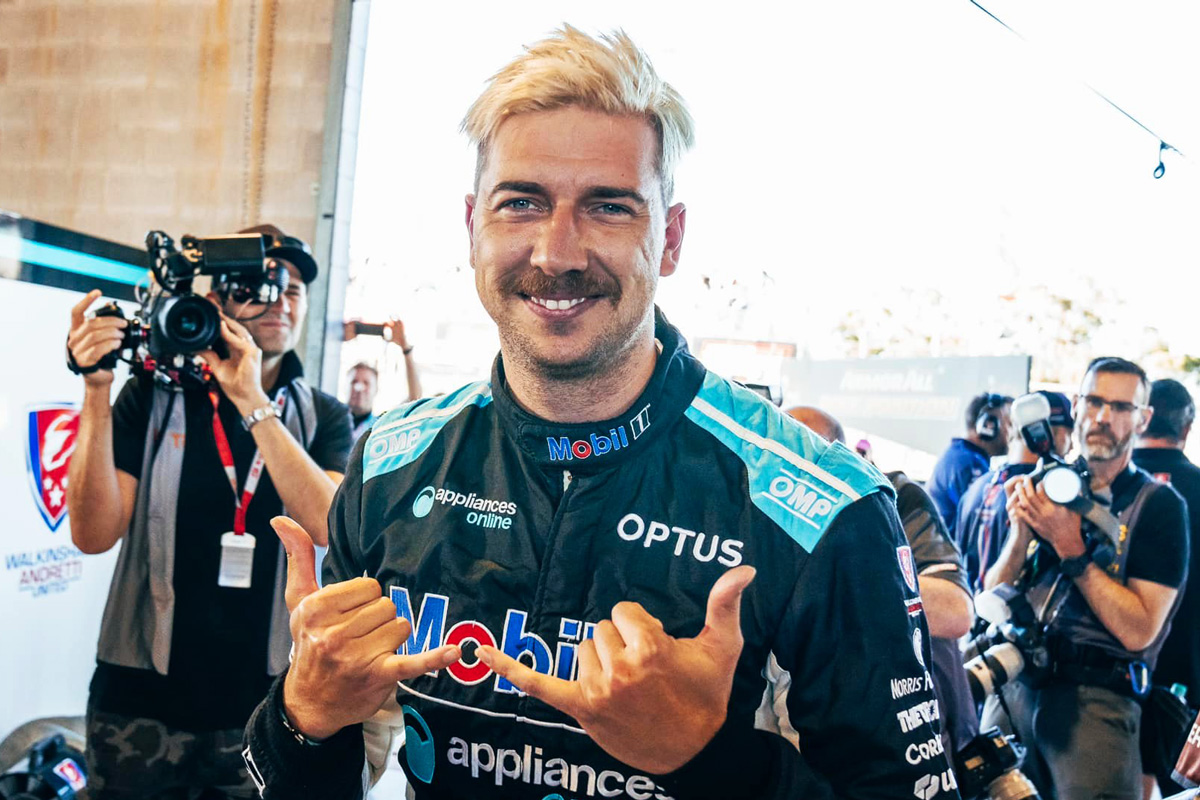 Chaz Mostert and Lee Holdsworth have emerged as the pre-race favourites for the 2021 Repco Bathurst 1000, but neither of the pair are ready to call themselves that.

Mostert declared that while happy with his record-breaking shootout lap, his priority is to stay calm and focused overnight to ensure he and Holdsworth can convert their starting spot into victory.

“I’m pretty pumped for today but we’ve also got to keep calm tonight,” he said. “We know we’ve got to focus on the race tomorrow. I’m sure after the weekend we’ll celebrate all the moments from the weekend, the highs and the lows, but the top 10 for one lap is great fun.”

Mostert and Holdsworth have consistently been near the top of the timesheets in every session. Holdsworth’s pace has been a standout amongst the co-drivers, which arguably makes the pair the team to beat, even if the duo are trying to talk their chances down.

“I certainly think we’ve got one of the better cars out there, so we’re in a pretty good position,” Holdsworth said. “We’re both comfortable in the car, we’ve got confidence in the car, but it’s not always the fastest car that wins around here though. So we’re just taking it one step at a time and hopefully be there at the end.”

Mostert explained he was surprised by the performance of his Walkinshaw Andretti United Holden Commodore in qualifying, having previously felt it was better in its racing set-up. Even so, he and Holdsworth will experiment with some more tweaks during the Sunday morning warm-up.

“One more hit out-tomorrow before the race, we’ll try a couple of little things but I feel like we’ve got a pretty good package – that’s the main thing,” Mostert said.

Even with his focus on winning the race, Mostert took a moment to acknowledge his qualifying achievement.

“It’s obviously one of the best top 10 moments I’ve had in my career,” he said.

“I think all us Supercar drivers, to get in the Top 10 [Shootout] at Bathurst is always something pretty special to make it there in the first place. Then when it comes to Saturday you’ve got the best track condition, the lightest car, it’s thrilling to be there to lay the best lap down.”